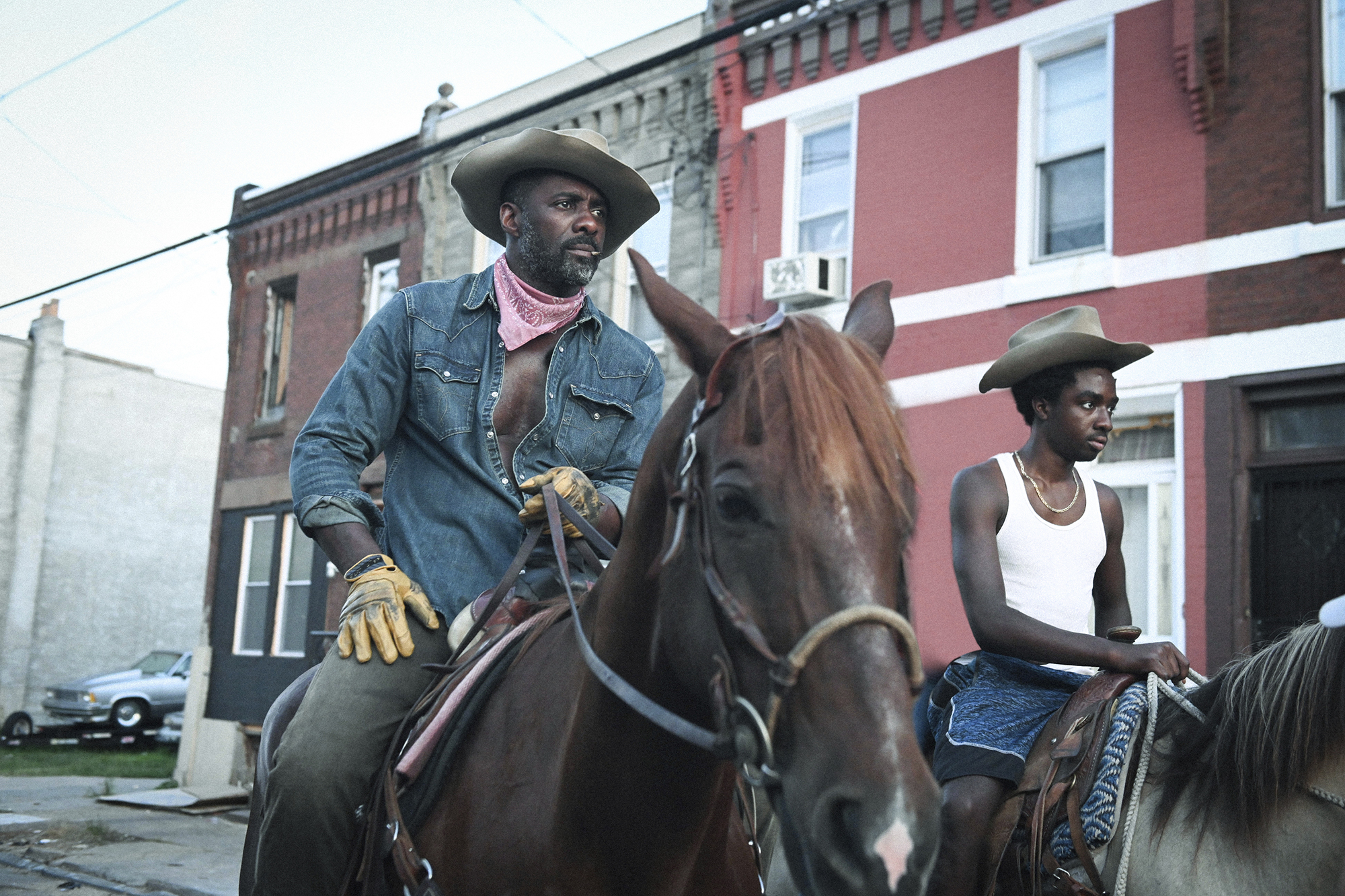 Running time: 111 minutes. Rated R (language throughout, drug use and some violence.) On Netflix.

“Concrete Cowboy” introduces an unexpected new movie genre: the Eastern Western. It’s got horses, saddles, leather boots and stand-offs with prickly personalities, but they are not in New Mexico or Arizona. They’re smack dab in the middle of Philadelphia: the City of Riderly Love.

Cooler yet, the urban equestrian premise isn’t fake. Fletcher Street Stables is a real, century-old institution in Philly’s Strawberry Mansion neighborhood. The majority of its riders are black, and many of them act in the film alongside Idris Elba.

Elba plays Harp, a local cowboy whose life is dedicated to these majestic animals. At the start of director Ricky Staub’s moving film, Harp’s teen son Cole (Caleb McLaughlin) is expelled from yet another Detroit high school, and his frustrated mom drops him at Dad’s Pennsylvania doorstep. But Harp’s not there.

“Where he at?” Cole asks a neighbor named Nessie (“Equalizer” star Lorraine Toussaint).

“The stables,” she replies. ” ‘Round the corner. You’ll smell it when you get close.”

Cole hasn’t seen Harp in years and didn’t know — or chose to forget — about his pop’s pastime. In a hilarious moment of discovery, he also had no clue that a beautiful white horse lives in Harp’s apartment like a stinky deadbeat roommate.

Settling into Philly, Cole starts spending time with old drug-dealing friends, and Harp kicks him out for breaking his strict rules. That night, the teen sneaks into the stables to sleep and finds his face an inch away from that of a horse. After a pause, he pets it and holds his hand there a while. It’s a sublime, serene sequence in which Cole, given a touching arc by McLaughlin, begins to change. It’s coming-of-age via Mister Ed.

“Concrete Cowboy,” streaming on Netflix, is more than a personal, father-and-son story, however. It’s also about gentrification, and our knee-jerk tendency to tear down beloved old landmarks that so many rely on for community and purpose and replace them with a Dave & Buster’s. Nessie’s stables are in danger, and the riders are determined to save them.

Harp’s mix of old-school masculinity, love of animals and innate paternal instincts suits Elba perfectly. And unlike “Nomadland,” which also brought together real citizens with a Hollywood star (Frances McDormand), Elba fits easily and naturally into this group and their environment. It’s like a rider meeting the perfect horse.

Ivannah-Mercedes, Lorraine Toussaint and Idris Elba in a scene from “Concrete Cowboy.”AP