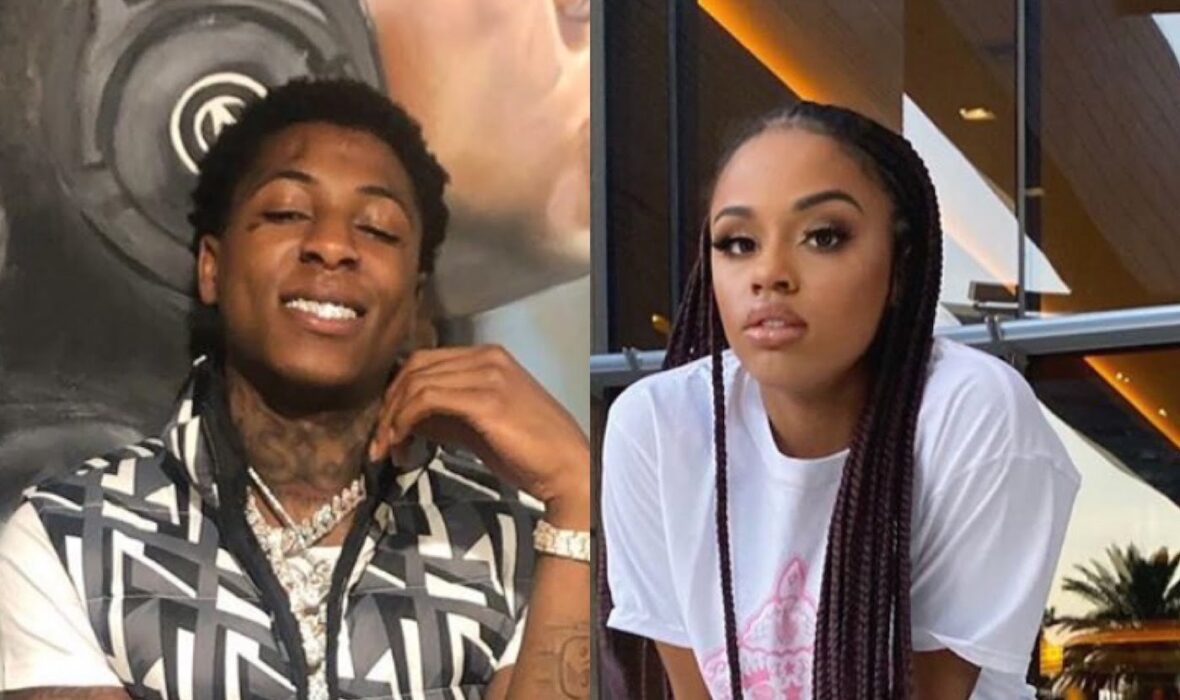 Hot New Hip Hop reported this week that Yaya Mayweather has been doing really well ever since she gave birth to her child with NBA Young Boy.
Reportedly, the young starlet has shared party pictures of herself along with Floyd Mayweather on his birthday, however, the outlet says that the star has come under fire from some of her fans (if you want to call them that).
RELATED: Yaya Mayweather Buys A Fancy New Bracelet For NBA Youngboy After Their Relationship Drama
For instance, social media commenters have put her on blast for being “irresponsible.” The crime? They say she never should’ve brought her young baby on board the party boat. Additionally, Yaya has been put on blast for sharing that she wasn’t a fan of Lil’ Durk and Pooh Shiesty’s new track.
The song is “Back in Blood,” the star reportedly could be heard ordering the DJ to turn it off. Yaya says clearly in the clip, “turn off that weak a** song,” which is one of the most popular tracks in the rap world at the moment.

RELATED: Floyd Mayweather’s Daughter Arrested For Stabbing A Woman Over Her Boyfriend NBA Youngboy — Twitter Reacts
As it was noted above, Yaya has been in an intermittent relationship with the rapper, NBA Young Boy, for over a year. The rapper reportedly has ties with Quando Rondo, who has been accused of participating in the death of King Von, the Atlanta rapper who was killed last year.
In other words, it’s very possible that Yaya Mayweather doesn’t like to hear the song due to Lil Durk’s appearence in it and his connection to the Quando Rondo beef. In case you didn’t know, Lil Durk is intimately connected with King Von, in fact, they were great friends.
Regardless, Yaya has found herself the target of many jokes and memes on social media, including one that makes fun of her as if she’s the annoying “Karen” at the party. Even though there is clearly a bit of drama about her in the press at the moment, Floyd Mayweather’s daughter has been ecstatic about the birth of her child.
The star recently came forward to say that she is the “happiest” she has ever been. This is great news, in an otherwise questionable situation for Yaya, who was charged with allegedly stabbing a woman at NBA Young Boy’s house.
Advertisement