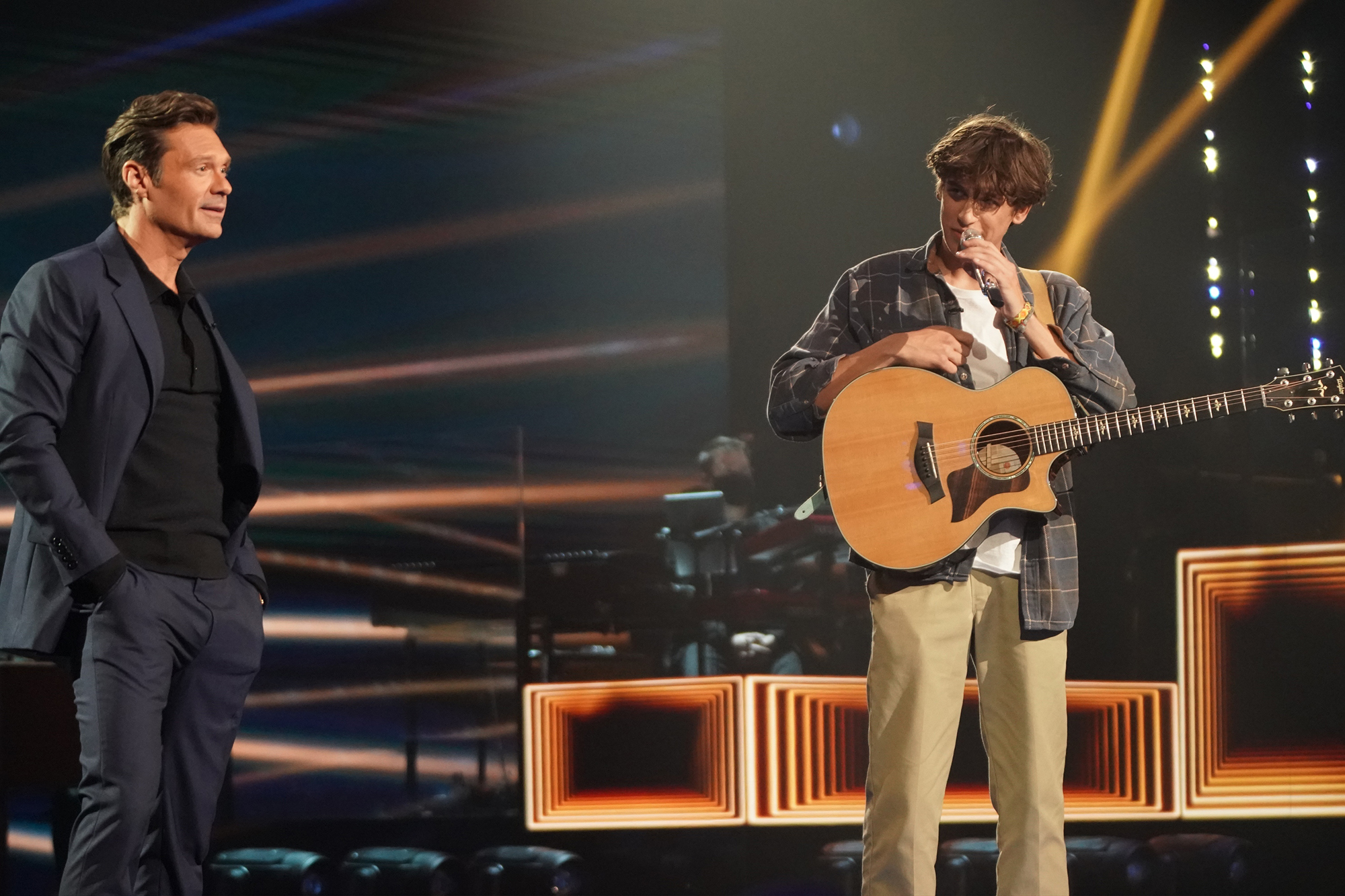 The final 12 was just announced on “American Idol” — and one contestant didn’t even give viewers the chance to kick him off the show.

Host Ryan Seacrest announced without ceremony that Pike had quit the talent show with a brief on-stage statement.

“Before we get to the results, I have to tell you that finalist Wyatt Pike will not be competing in the competition,” said Seacrest, 46. “He had to drop out — but we wish him the very best.”

“Wyatt could not continue … and we cannot comment further,” a show spokesperson confirmed to the Washington Post.

The mysterious departure came on the heels of the young performer’s show-stopping moment: On Sunday’s pre-taped show, Pike wowed the judges panel with his confident rendition of the Kings of Leon’s 2008 hit “Use Somebody.”

Host Ryan Seacrest and singer Wyatt Pike on stage before the latter’s shocking exit on “American Idol.”ABC via Getty Images

After that spirited performance, judge Lionel Richie, 71, said Pike had “a style on stage that we like to watch,” and predicted he was on his way to “something big.” Meanwhile, Katy Perry went to so far as to proclaim that the young singer had “a little bit of an angle in this competition [because] you’re an authentic singer-writer.”

Finally, Luke Bryan — who was out Monday due to a positive COVID-19 test, with O.G. A.I. judge Paula Abdul filling in for him — made what now seems like a somewhat prescient statement.

“I remember one of the coolest things ever happened to me is the day I realized that I get to do music forever, under any circumstance,” Bryan, 44, told Pike. “I’m telling you, Wyatt, you are going to be able to do music for the rest of your life.”

Wyatt Pike was beaming when the trio of judges told him he had made the top 12.ABC via Getty Images

While no other details about his abrupt departure have been revealed, Pike might have teased his early exit from the show in an Instagram post several days ago from his home state of Utah.

“Something to feel this through: home,” he wrote. “Thankful for the rollercoaster I’m on today.”