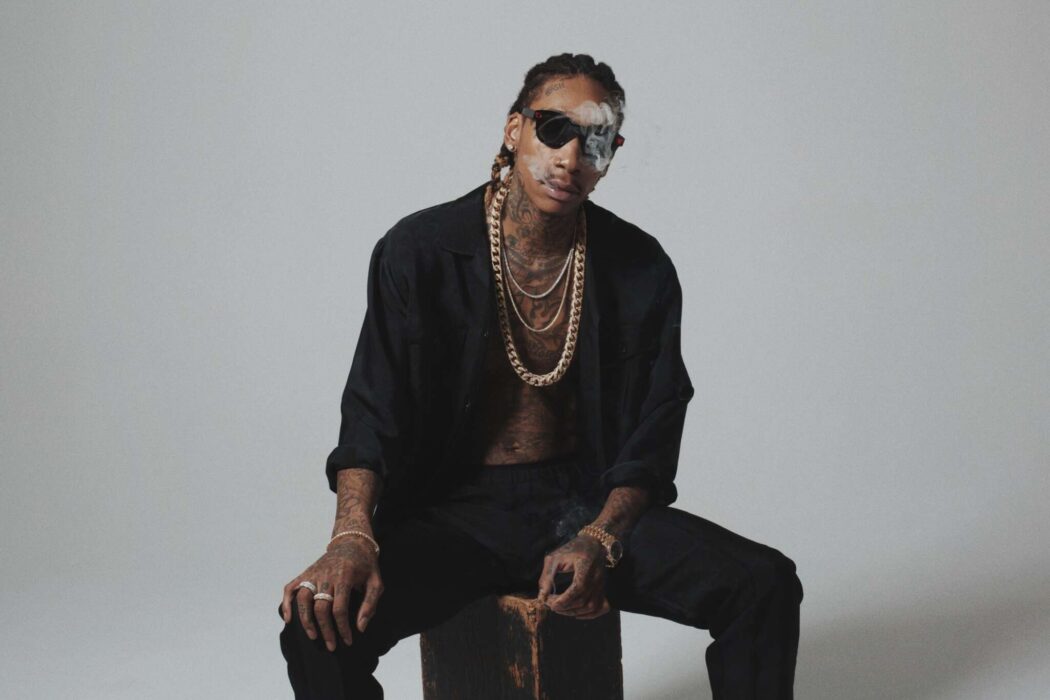 Near midnight last night, Wiz Khalifa shared his Taylor Nights playlist and during an Instagram Live session with some of his friends, the rapper told a story of the time Kevin Durant left him outside of a nightclub many years ago.
According to Hot New Hip Hop, there is additional context to the story, notably, that Wiz Khalifa and Kevin Durant were outside of a nightclub a few years back but Khalifa got left behind somehow.
RELATED: Wiz Khalifa Tries To Make Peace WithCardi B After Fans Accuse Him Of ShadingHer: I Don’t Want A ‘War’
Wiz asked his friends during the Livestream about Kevin Durant, saying how he was his homie, but he did leave him outside of the club all by himself. According to Wiz, they were all together at a club one night, and the bouncers said to him that everyone in the group was allowed in except for Khalifa. Obviously, this took him by surprise, but it was Durant’s comment next that really shocked him.
Rather than sticking with him and going someplace else, Kevin reportedly looked at him and said, “bro, I’m going to see you later.” The story didn’t end on that note, however.
Khalifa went on to say in the YouTube video shown below that Kevin later called him up and they managed to get him into the venue. He added, “I went, got back right, came back in the club, and I met him in there.”
RELATED: Amber Rose’s BF, Alexander ‘AE’ Edwards Also Tattoos Their Kids On His Forehead

Wiz and his crew started to laugh at the story, and the rapper claimed he spent the remainder of his night dancing with a bottle of liquor. Followers of entertainment news know celebrities don’t always have it easy when trying to gain access to exclusive events.
For instance, Hannah Brown complained about how she had been kicked off of a dating app a number of times, even though she was the Bachelorette. The same thing happened to Sam Smith, who says he was booted off of Hinge because the moderators allegedly didn’t believe it was him.
Wiz Khalifa was in a relationship with Amber Rose for years until she moved on to the much younger rapper, 21 Savage. Wiz and Amber shared one child together during their relationship.
Advertisement