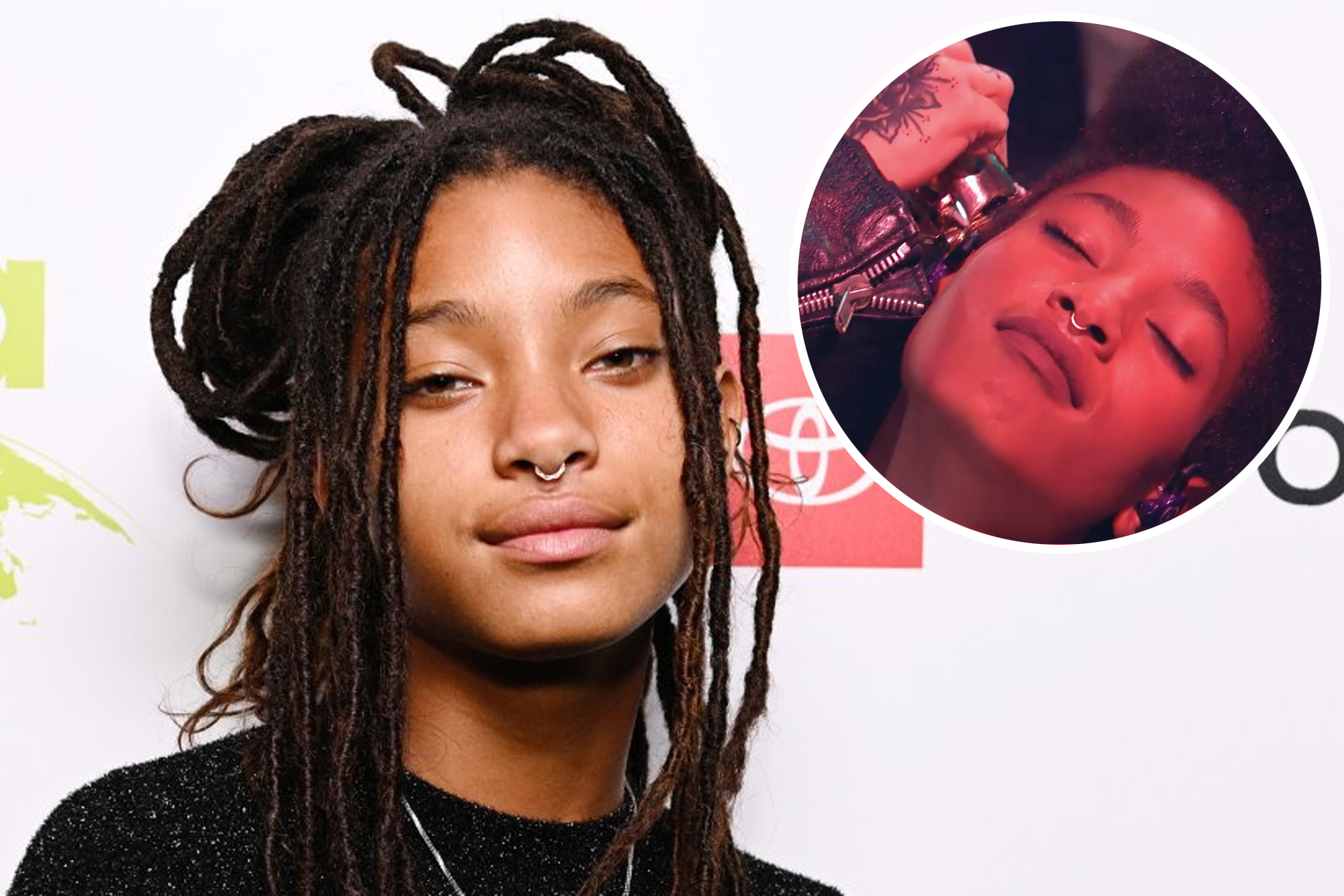 Willow Smith whipped her hair for the last time in a while! This is because the young singer proceeded to shave her head during a live concert, right as she was performing her iconic song, Whip My Hair! During a behind the scenes segment in her Facebook Live event, titled Willow in Concert: Lately I Feel Everything, which is also meant to promote her new album with the same title, Willow shared that: ‘I’m thinking about shaving my head during the ‘Whip My Hair’ performance.’ RELATED: Willow Smith Is Optimistic That Her Generation Will Manage To End Racial Inequality! And that’s exactly what she did! Close to the 46 minute mark in the video concert, she can be seen sitting down with her guitar as someone else appears with clippers in hand. It’s no secret that Willow went through a lot as a young girl when that song was released and promoted in 2010, even though she did mention that it is now her ‘favorite song in the set just because of how it feels to sing.’ RELATED: Willow Smith Claims Kobe Bryant Inspired Her To Spend 24 Hours In A Box With that being said, the shaving of her hair right as she was performing that song is symbolic of how she’s left the past her in the past and moved on to better things. During the concert, she got into more detail about that and the song, saying that ‘This is gonna be my third time shaving my head. I’m always shaving it at monumental times when things are truly changing. And this is one of those moments. So, when I made ‘Whip My Hair,’ I did not really know it was an important thing because I was only expressing my joy, and was just expressing myself. Young Willow was so fearless. She was like, ‘I’m gonna do it. I am gonna do it; however, it needs to be done. And if you do not like it, then I am sorry.”