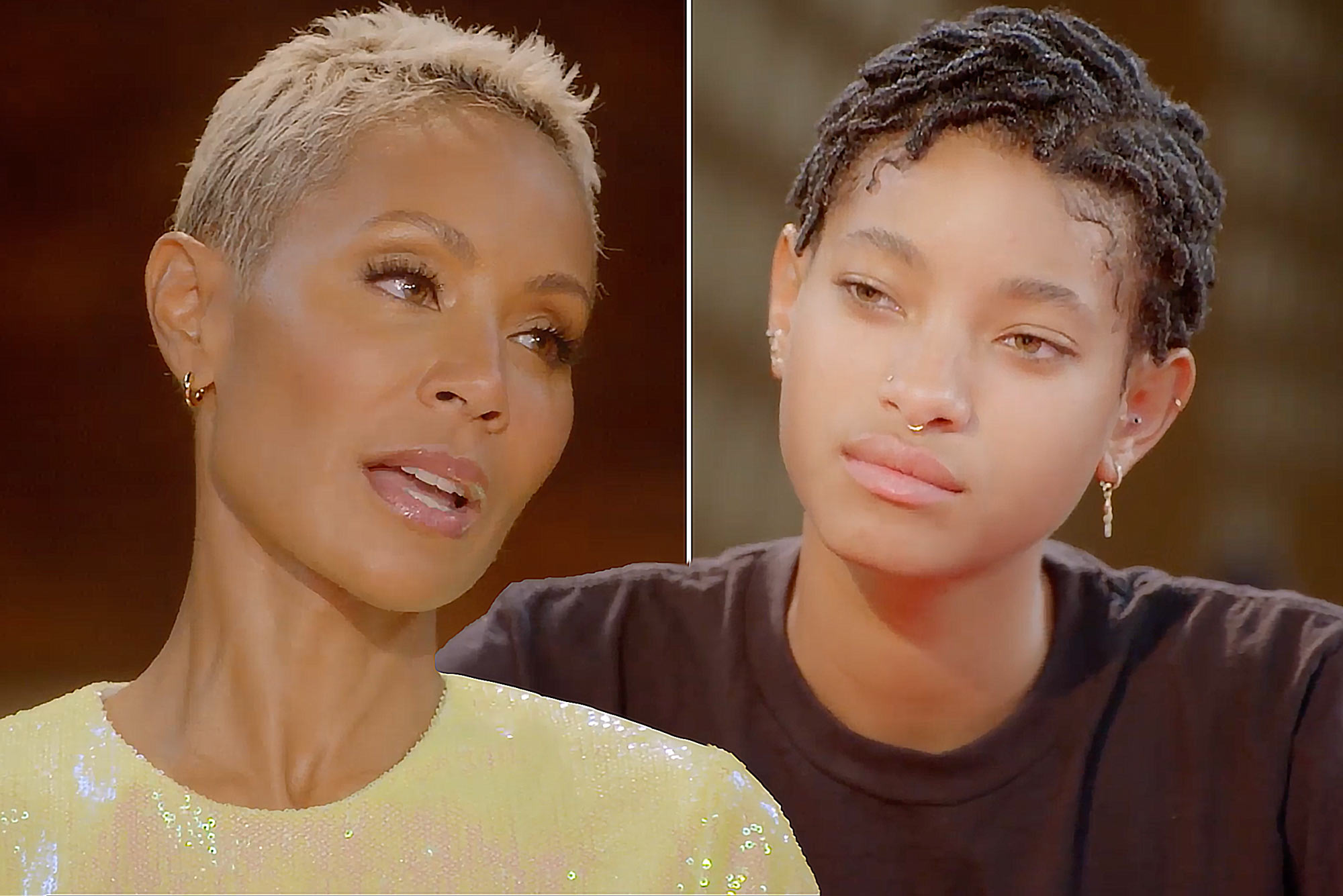 Mom and daughter Jada Pinkett Smith and Willow Smith both revealed on Wednesday that they’re sexually attracted to women.

“I’ve had my fair share of swooning and being like, ‘Oh my God, she’s so beautiful. She’s so talented’,” Willow said on their Facebook Watch show “Red Table Talk.”

The 20-year-old added, “I don’t feel like I’ve been in love with a woman just yet, but I definitely feel like it could happen because I’ve had very strong feelings for women before.”

Jada admitted that she “swooned a lot” over other women while in her twenties.

“Two times I’ve been infatuated with a woman,” she said.

The 49-year-old went on to marry Will Smith in 1997, and they share two children, Willow and Jaden.

Willow has spoken about her sexuality on the show in the past. In 2019 she said she believes in polygamy.

“Monogamy, I feel — this is just personally, just for me — I feel actually inhibits you from learning those skills of evolving past those feelings of insecurity,” she said. “Just jealousy, you know what I mean.”

“I would definitely want one man, one woman,” she added. “I feel like I could be polyfidelitous with those two people,” she said, meaning she believes she could be faithful to two people at the same time.

She said that she doesn’t tend to be interested in having a lot of new sexual experiences, instead focusing “a lot on the emotional connection.”

“I feel like if I were to find two people of the different genders that I really connected with and we had a romantic and sexual connection, I don’t feel like I would feel the need to try to go find more,” she said.

Of course, Jada has also aired her own complicated love life on the show. Last summer she famously admitted that she’d had an “entanglement” with singer August Alsina while she and Will were taking a break in their relationship.

Gabrielle Union Surprises Fans With A New Announcement: ‘You’ve Got Anything Stronger? ‘