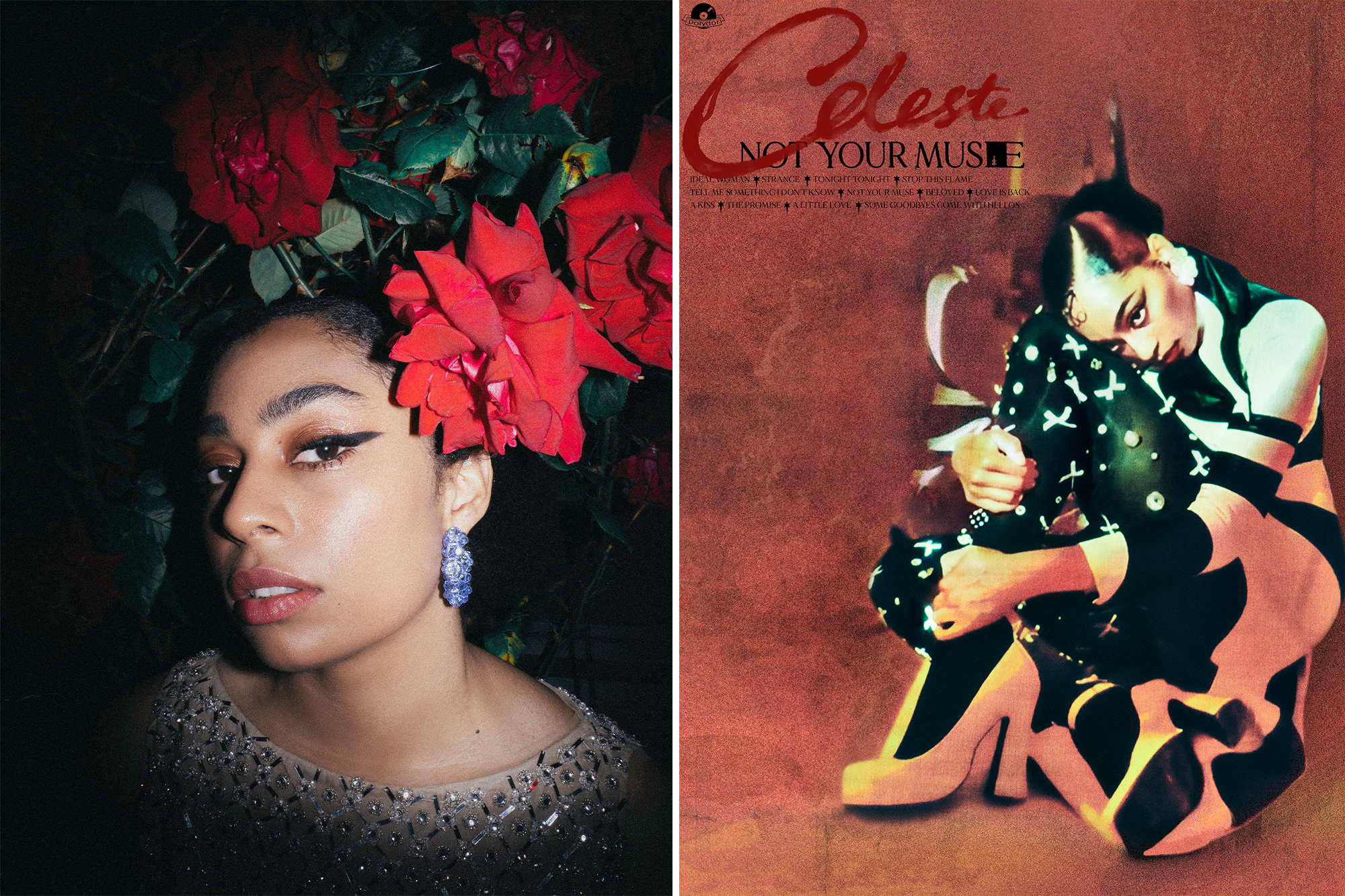 British chanteuse Celeste — one of the buzziest new artists of 2021 — started off the year on a high note by releasing her critically acclaimed debut album, “Not Your Muse,” in January.

Now the jazzy R&B singer is getting ready for a date with Oscar. She’s nominated for Best Original Song for “Hear My Voice” — from Best Picture contender “The Trial of the Chicago 7” — at the Academy Awards on April 25.

“It’s still quite far-fetched,” Celeste Waite, 26, told The Post. “I just felt like I was the most unlikely candidate to be nominated for such a thing.”

Really, though, Celeste should be getting used to accolades. Last year, she won BBC Music’s Sound of 2020 poll touting her for future glory, and she’s up for three Brit Awards — the UK equivalent of the Grammys — next month, including album of the year.

Celeste is nominated for a Best Original Song Oscar for “Hear My Voice,” from “The Trial of the Chicago 7.”David Fisher/Shutterstock

But first, there are the Oscars, where Celeste is hoping to sing “Hear My Voice.” (Performers for the COVID-adapted ceremony have not yet been announced.) She co-wrote the torchy tune with Daniel Pemberton, who composed the score for “The Trial of the Chicago 7,” a real-life drama about a group of anti-Vietnam War activists who stood trial for conspiring to incite riots at the 1968 Democratic National Convention.

“The story is really what drew me to want to be involved in the project,” said Celeste. “I just thought it was such an important story to be told.”

But for her, the message of the song was a more personal one: “It was more about taking a stand to align myself with anybody that has something that they believe in that feels like they aren’t heard. If you believe in it enough, and you fight for it enough, eventually, you will find justice.”

Celeste is up for three Brit Awards next month, including album of the year for “Not Your Muse.”Anthony Harvey/Shutterstock

On Oscar night, Celeste will also be rooting for a certain Best Supporting Actor nominee from “Judas and the Black Messiah.” “I actually watched that last night, and I really loved Daniel Kaluuya,” she said. “He actually used one of my songs for a short film that he made [called ‘Two Single Beds’].”

And she’ll be pulling for “Soul,” too, because she collaborated with jazz pianist Jon Batiste on a remake of the Impressions’ “It’s All Right” for the animated movie’s soundtrack. “I just said yes straight away . . . knowing that Jon Batiste can produce something far more extraordinary than the norm,” she said.

As for the muses for her own album, they ranged from Bill Withers and Roberta Flack to Solange and Ghanaian-American singer-songwriter Moses Sumney. “And Edith Piaf as well,” said Celeste. “She’s one of my favorite singers.”

Growing up in Brighton, England, Celeste — who is of British and Jamaican descent — discovered classic jazz and R&B singers such as Dinah Washington, Aretha Franklin and Sarah Vaughan at a young age. And you can hear an old soul far beyond her years, with echoes of Billie Holiday, on “Not Your Muse.”

Celeste was inspired to write her Oscar-nominated song “Hear My Voice” by the real-life story of “The Trial of the Chicago 7.”

“When I grew up,  I was an only child, and all of my cousins and aunts and uncles were all born in, like, the ’40s,” she said. “I wasn’t really ever around any young people, so I learned a lot of my ways from those [older] people. Even now, sometimes I have easier conversations with people that are, like, 80 years old than people that are my own age.”

Currently, Celeste is part of a wave of English soul women — including fellow Brit Award nominees Lianne La Havas and newcomer Arlo Parks — who are making their voices heard. “The people that are sort of, like, on the pedestal in the UK for soul and jazz music are not always women of color,” she said, “and they are the beginning of it all. It’s in the DNA.”