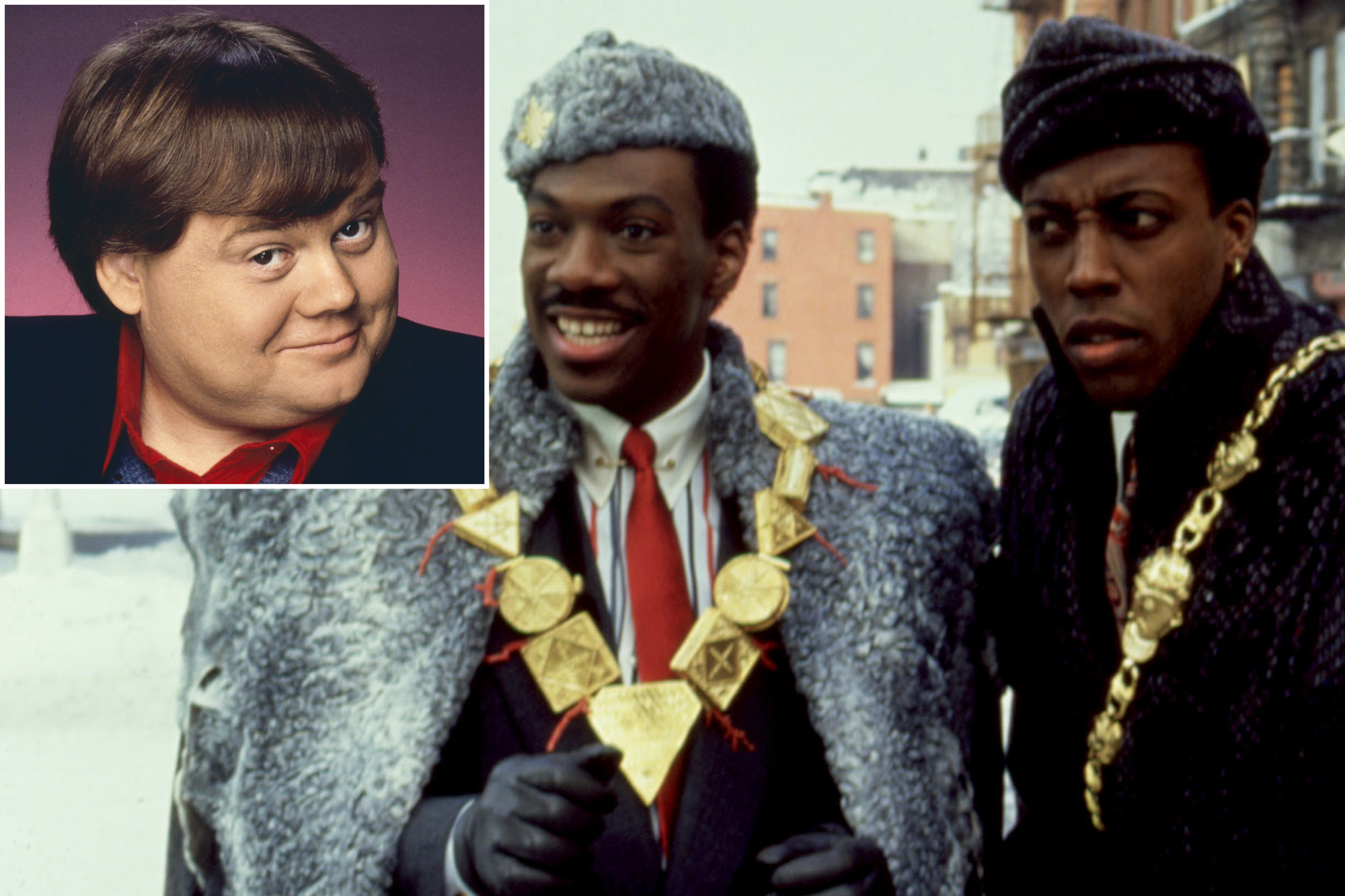 Call it equal opportunity laughter, but Louie Anderson did not appear in 1988’s “Coming to America” because stars Eddie Murphy and Arsenio Hall were dying to share the screen with him.

When the two of them appeared on “Jimmy Kimmel Live!” to promote the sequel, “Coming 2 America,” they revealed the real reason.

Murphy, 59, agreed: “[The studio was] like, ‘There has to be a white person in the movie.’ I was like, ‘What?’ So who was the funniest white guy around? We knew Louie was cool, so that’s how Louie got in the movie.”

In case there are any doubts to the veracity of this tale, Hall referred to proof. “It was official,” Hall continued. “I had a list. They gave me a list with three white guys. They said, ‘Who would you rather work with?’ I said Louie.”

Whatever the case, Anderson, who scored an Emmy for his performance on the FX comedy “Baskets,” must have done something right: He made it into the sequel. He updates his role of Maurice, a goofball fast-food worker at the golden-arched McDowell’s.

Louie Anderson made it into the sequel “Coming 2 America.”©Amazon/Courtesy Everett

Hall’s list aside, Anderson has maintained that he did a little something to grease the wheels of casting. Back in the late 1980s, while dining at the Ivy — a Beverly Hills hot spot for celebs — Anderson spotted Murphy and his entourage. He told the waiter to put Murphy and company’s tab on his credit card. But, as Anderson recounted to the “Sway in the Morning” satellite radio crew in 2017, he instructed the waiter, “Don’t tell him ‘til after I leave. I’m not doing it to be a big shot. I’m doing it because I’m from the Midwest and that’s how we would do [it].”

The next morning Anderson received a call from Murphy. He not only offered thanks for the gesture – “Nobody ever bought me anything,” Murphy told Anderson – but also said that he wants to cast Anderson in “a little movie called ‘Coming to America.’”

Marveling at comedic karma, Anderson said, “That’s life, isn’t it? It was the best $660 I ever spent.”