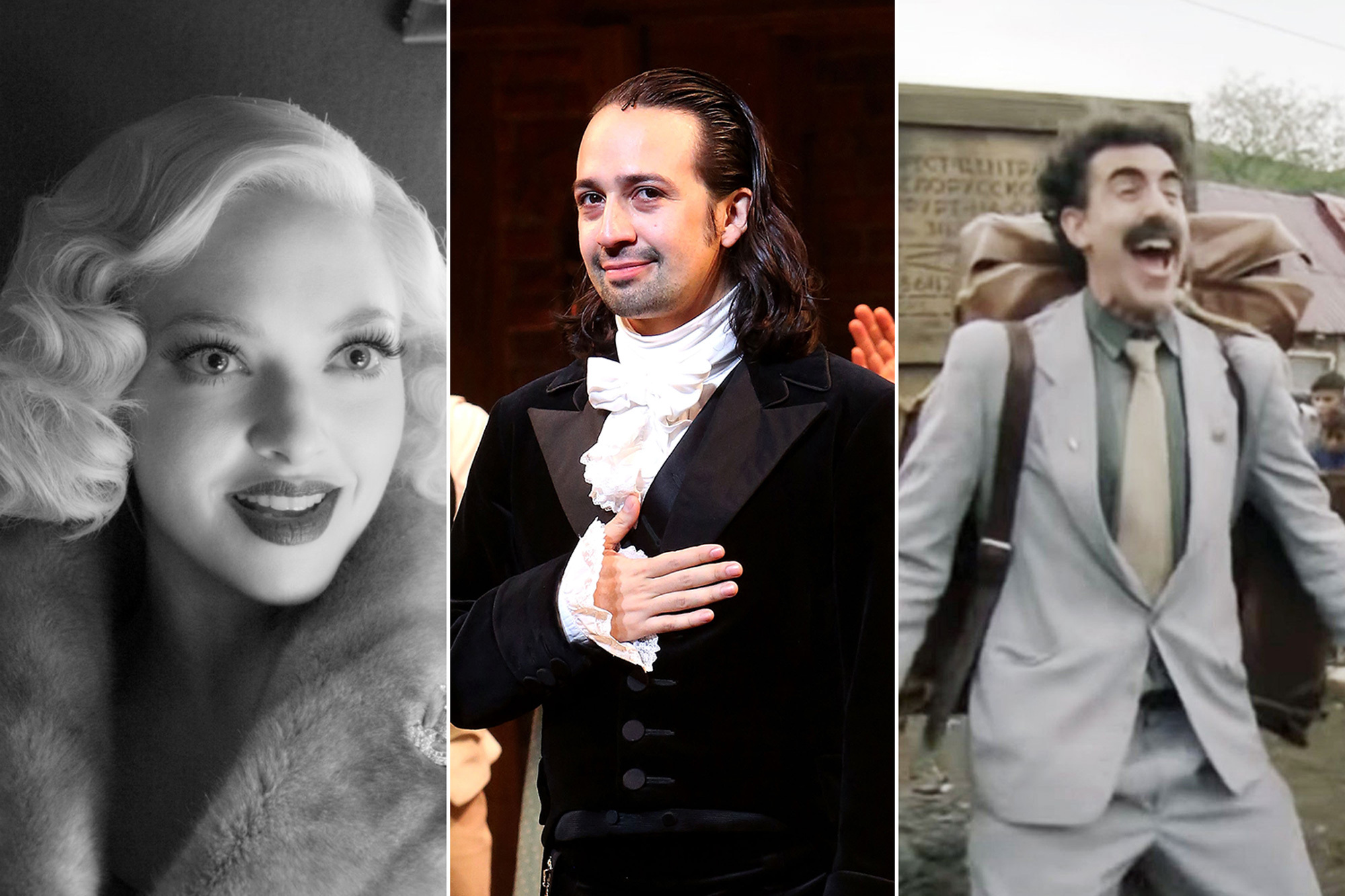 The pandemic Golden Globes 2021 are upon us — airing Sunday at 8 p.m. on NBC and hosted by Tina Fey (in New York City) and Amy Poehler (in Beverly Hills) — The Post’s movie and TV experts, entertainment critic Johnny Oleksinski and TV editor Michael Starr, offer up their predictions for who and what will win the biggest awards at the booziest show in Hollywood.

Check out their picks before you fill out your ballot ahead of the 78th annual Golden Globe awards. And see the full list of nominees here.

“The Father”Predicted winner: “Mank” While “Nomadland” is the Oscars favorite, the Globes often buck trends. David Fincher’s “Mank” has the most nods of any film, and the bold style voters gobble up.“Nomadland”“Promising Young Woman”“The Trial of the Chicago 7”

Sacha Baron Cohen, “Borat Subsequent Moviefilm”James Corden, “The Prom”Predicted winner: Lin-Manuel Miranda, “Hamilton.” As weird as it is to count “Hamilton” as a movie, it would be even weirder for Cohen to win twice for playing Borat.Dev Patel, “The Personal History of David Copperfield”Andy Samberg, “Palm Springs”

“The Crown”“Lovecraft Country”“The Mandalorian”“Ozark”“Ratched”Predicted winner: “Ozark” The Netflix drama amped-up the drama and intensity in Season 3, reviving a flailing series with a left-turn story arc and  a murderous Mexican drug lord.

From left, Annie Murphy, Eugene Levy, Catherine O’Hara and Dan Levy from the series “Schitt’s Creek.” The Screen Actors Guild has nominated the cast for a SAG Award for best ensemble in a comedy series. Pop TV via AP

“Normal People”Predicted winner: “The Queen’s Gambit” A no-brainer. The series was very good, buzzy  and made the intricacies of chess interesting.“Small Axe”“The Undoing”“Unorthodox”

The Golden Globes 2021 will be hosted by Tina Fey and Amy Poehler.NBCU Photo Bank/NBCUniversal via