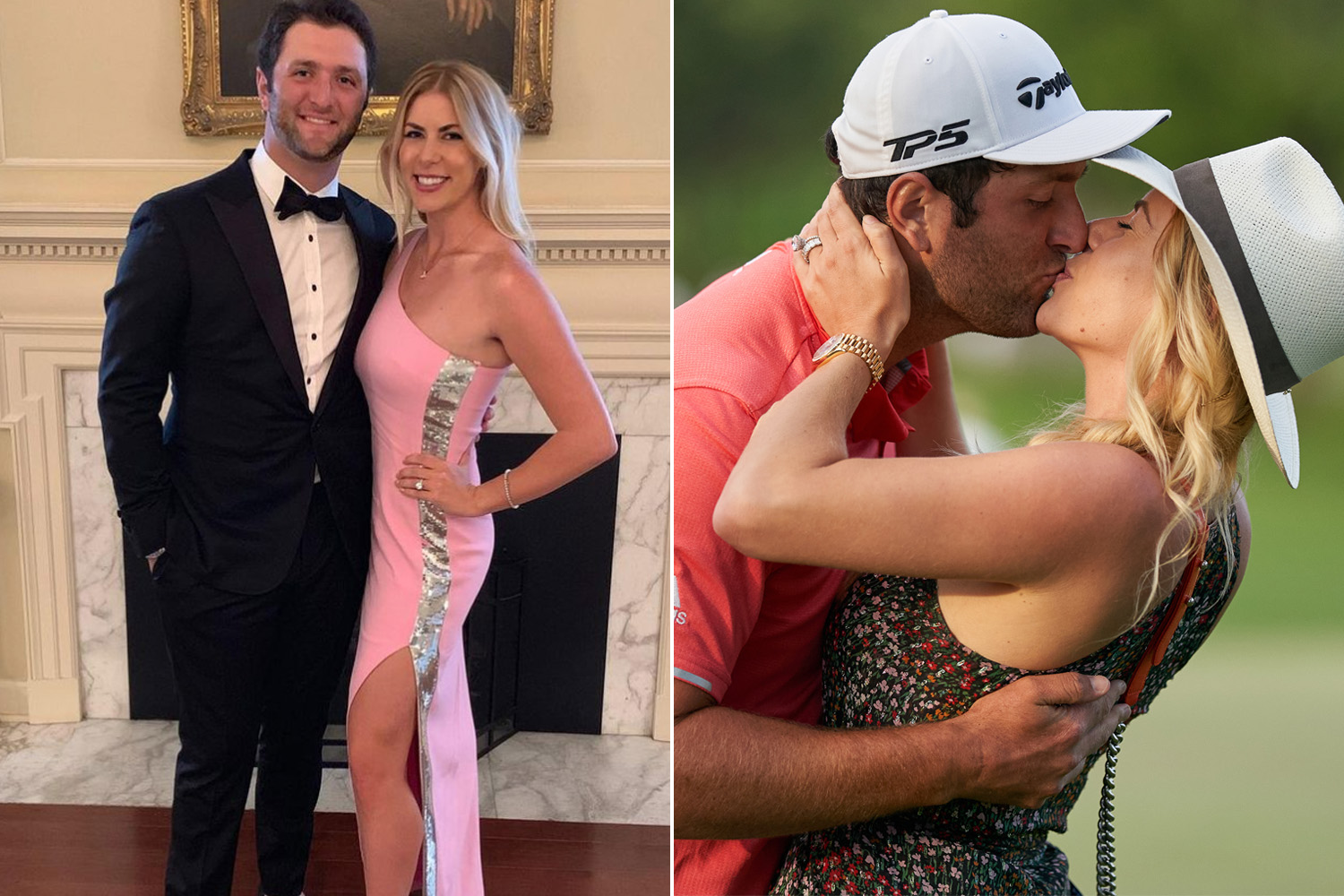 In April 2021, the golfer announced the birth of his first child with wife Kelley Cahill, a baby boy named Kepa.

“He is 7.2 [pounds] and 20.5 [inches long], big boy from the Basque Country,” Rahm posted to Instagram with a nod to his native Spain.

“Momma Kelley is doing great and recovering,” he continued.

Married since 2019, Rahm and Cahill are one of the golf community’s golden couples. Take a look back at their love story:

Oregon native Cahill has dated Rahm since their college days at Arizona State University, where she competed on the track & field team.

In the summer of 2018, Rahm revealed that he and Cahill were engaged. The golfer also designed his future bride’s ring.

“I designed it, no. So [golfer] Brian Stuard’s fiancée or wife is a jeweler and is a really good friend of ours. So Kelley was talking to her. She knew what Kelley wanted, but I had my own ideas. Basically, with her help, I designed the ring, Rahm said, per Golf.com.

“She wanted to pick the diamond, but I knew what I wanted. I designed what’s around the ring. It’s supposed to look like a crown and an engraving inside. I had a big part in it. It wasn’t exactly what she wanted, but she loves it. It’s a little more personal like that,” he continued.

The couple is competitive

Rahm’s territory may be the golf course, but it appears he’s talented at tennis, too.

As Cahill previously recalled, she once got “so upset” following a tennis match between the pair.

“He’s killing forehands … crosscourt zingers, and I’m thinking, ‘This can’t be right,’” Cahill said, according to The Sun. “He was so good. I was so upset. I was actually mad for a day or two. We have not stepped foot on a tennis court since.”

Cahill married Rahm in his hometown

In December 2019, Cahill and Rahm became husband and wife in Bilbao, Spain, where the golfer grew up.

“Last Friday was the best day of my life, it was a dream wedding in my hometown Bilbao with my beautiful college sweetheart and my better half and now Kelley Rahm,” Rahm posted to Instagram at the time.

“The Basilica de Begoña is a very special place for me and my family so it was an honor to marry her there,” he continued.

For the ceremony, Cahill wore a strapless wedding gown with a sweetheart neckline, while Rahm opted for a smart blue suit.

They sealed Rahm’s latest victory with a kiss

When Rahm defeated Dustin Johnson in the BMW Championship in August 2020, he shared a sweet moment with Cahill on the course at Olympia Fields Country Club in Illinois.