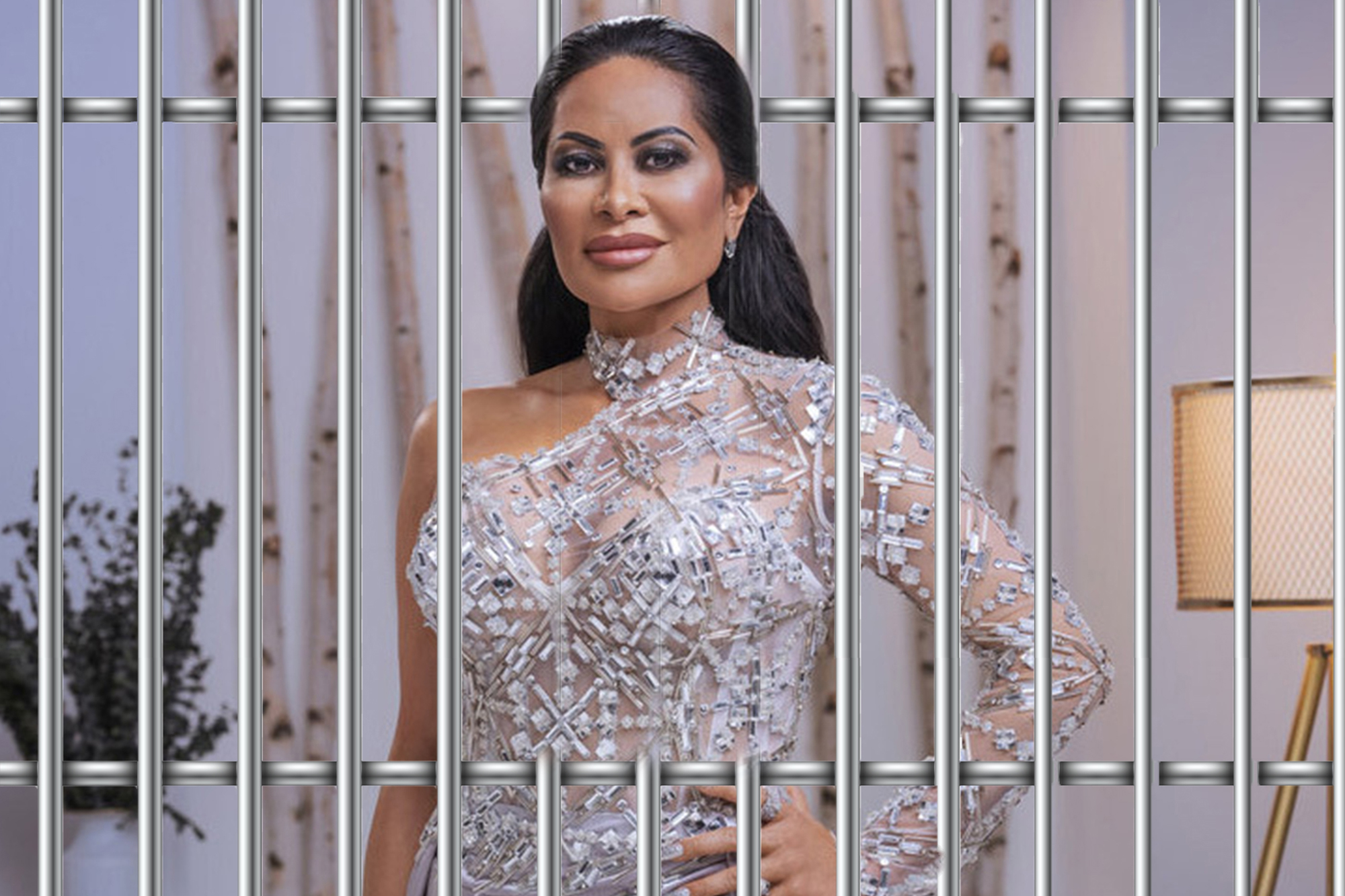 The stone-cold diva of “The Real Housewives of Salt Lake City” fame was ripped from the comforts of her snow-capped Utah sanctum and taken into federal custody Tuesday.

Shah, 47, and her assistant Stuart Smith, 43, are accused of defrauding hundreds of victims — many of whom are working-class senior citizens — in a nationwide telemarketing scheme.

She and Smith face up to 30 years in prison.

Before allegedly finding herself on the wrong side of the law, Shah was a proud Muslim girl living lavishly in a Mormon world.

“Salaam aleikum, bitches,” the Hawaiian and Tongan wife and mother of two hollered in the November series premiere of her “Housewives” franchise.

With an unbridled tongue and fiery temper, Shah was often compared to “Real Housewives of New Jersey” star Teresa Giudice by Bravo fans online. Giudice was convicted on mail, wire and bankruptcy fraud charges in 2014.

An emotional Shah dabs her eyes during an intense conversation on “The Real Housewives of Salt Lake City” reunion, filmed in January.NBCU Photo Bank via Getty Images

Her husband has not been named in connection to her alleged crimes.

Even with Sharrieff’s plentiful salary, Jen’s ill-defined line of work caused “Housewives” buffs on Twitter to question how the couple is able to afford their luxurious lifestyle.

They live in a swanky 9,420-square-foot rental home that’s on the market for about $4 million. She flaunts high-end fashions and bejeweled accessories on social media. She employs eight assistants known as “the Shah Squad” who cater to her every whim. She even once bragged on the show, “I probably spend $50,000 a month.”

But Shah — who owns businesses JXA Fashion, Shah Lashes and Shah Beauty — could never quite define her profession.

She hazily detailed her tenure as an online advertising specialist to host Andy Cohen during the “Real Housewives of Salt Lake City” reunion, which aired in February.

But it seems her lucrative run in marketing might have come at the expense of others.

Shah (far right) gets into it with her castmates on Season 1 of “The Real Housewives of Salt Lake City.”Fred Hayes/Bravo

“Jennifer Shah, who portrays herself as a wealthy and successful businessperson on ‘reality’ television, and Stuart Smith … allegedly generated and sold ‘lead lists’ of innocent individuals for other members of their scheme to repeatedly scam,” Manhattan US Attorney Audrey Strauss said in a news release.

The pair allegedly convinced their elderly targets to invest in dubious online projects, a scam that went from 2012 to as recently as this month, according to authorities.

“In actual reality and as alleged, the so-called business opportunities pushed on the victims by Shah, Smith, and their co-conspirators were just fraudulent schemes, motivated by greed, to steal victims’ money.”

Shah and Smith were released from police custody Tuesday, according to the Salt Lake Tribune. They were ordered to surrender their passports and agree not to contact each other.

Shah’s virtual arraignment in Manhattan federal court Wednesday was postponed till Friday after more than 250 fans clogged the dial-in system to watch the proceedings.

Reps for Shah and Bravo have not returned The Post’s requests for comment.

Shah and her assistant Stuart Smith face up to 30 years in prison for their alleged crimes. Rick Bowmer/AP/Shutterstock