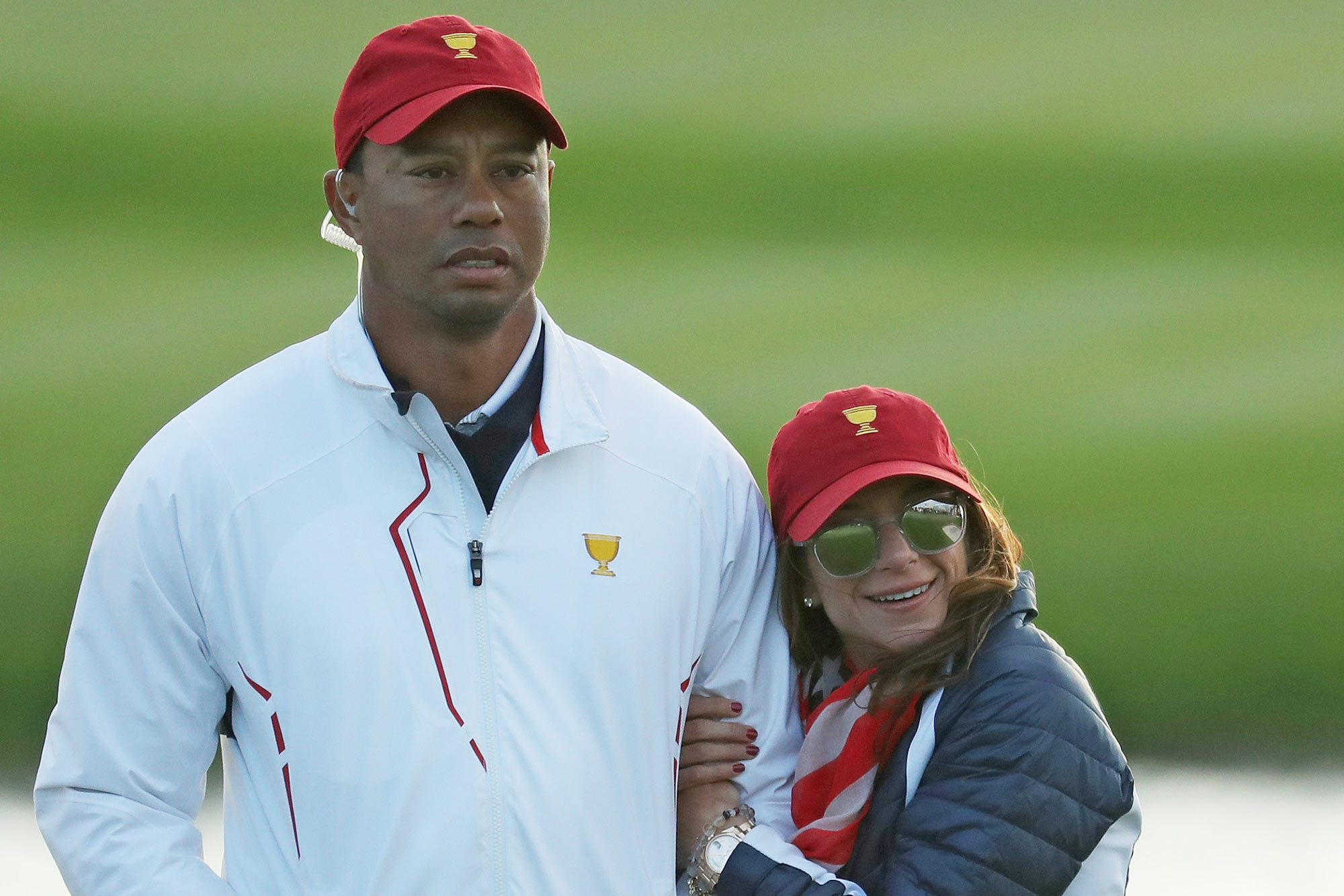 Tiger Woods’ wild love life has had as many ups and downs as his golf career, and following the athlete’s severe car accident, many are curious to know the woman by his side.

The links great seems to have finally found his groove in dating just one woman — current girlfriend Erica Herman.

Here is everything to know about the pair’s nearly four-year relationship:

Woods and Herman began dating in 2017.

Tiger and Erica attend the 2019 US Open in Flushing, Queens.Getty Images

The 45-year-old golf legend and Herman, 44, were first spotted together at the Presidents Cup in 2017.

Herman was sporting a “player spouse” credential around her neck at the time, although they were not married.

Woods had previously been linked to Kristin Smith and Lindsey Vonn after splitting from ex-wife Elin Nordegren, who ended their six-year marriage in 2010, in part because of his many affairs — including with Rachel Uchitel. Woods and Nordegren had two kids together.

Herman is a supportive girlfriend.

Tiger Woods and his girlfriend Erica Herman celebrate after the final round of the TOUR Championship at East Lake Golf Club on September 23, 2018.US PGA TOUR

Herman frequently travels with Woods to his competitions and was by his side when he earned his fifteenth major title at the 2019 Masters.

She later accompanied Woods to the White House in May of 2019, when the golf great was given the Presidential Medal of Freedom by former President Trump.

Woods posted a picture on Twitter of him, Herman and his children Charlie, 11, and Sam, 13, eating a quiet “Champion’s Dinner” together at home at about the time the canceled 2020 Masters tournament would’ve happened.

Had the event not been delayed for months because of COVID-19, Woods would have been hosting a formal Champions Dinner for fellow pros at Augusta National as the defending champion.

Herman is a Florida native.

Herman worked at Woods’ restaurant — The Woods — as she was local to the area, Metro reported.

Their time running the eatery was not without controversy. Both Herman and Woods were hit with a wrongful death suit in 2019 by the parents of a bartender at The Woods, who allegedly was overserved booze at the establishment and then got into a drunken, fatal wreck. The case against Woods and Herman was eventually dropped, according to reports.

Herman gets along with his kids.

Woods and Herman are living together, according to People, and his son Charlie and daughter Sam “like her.”

The publication added that Herman has a friendly relationship with Nordegren as well.