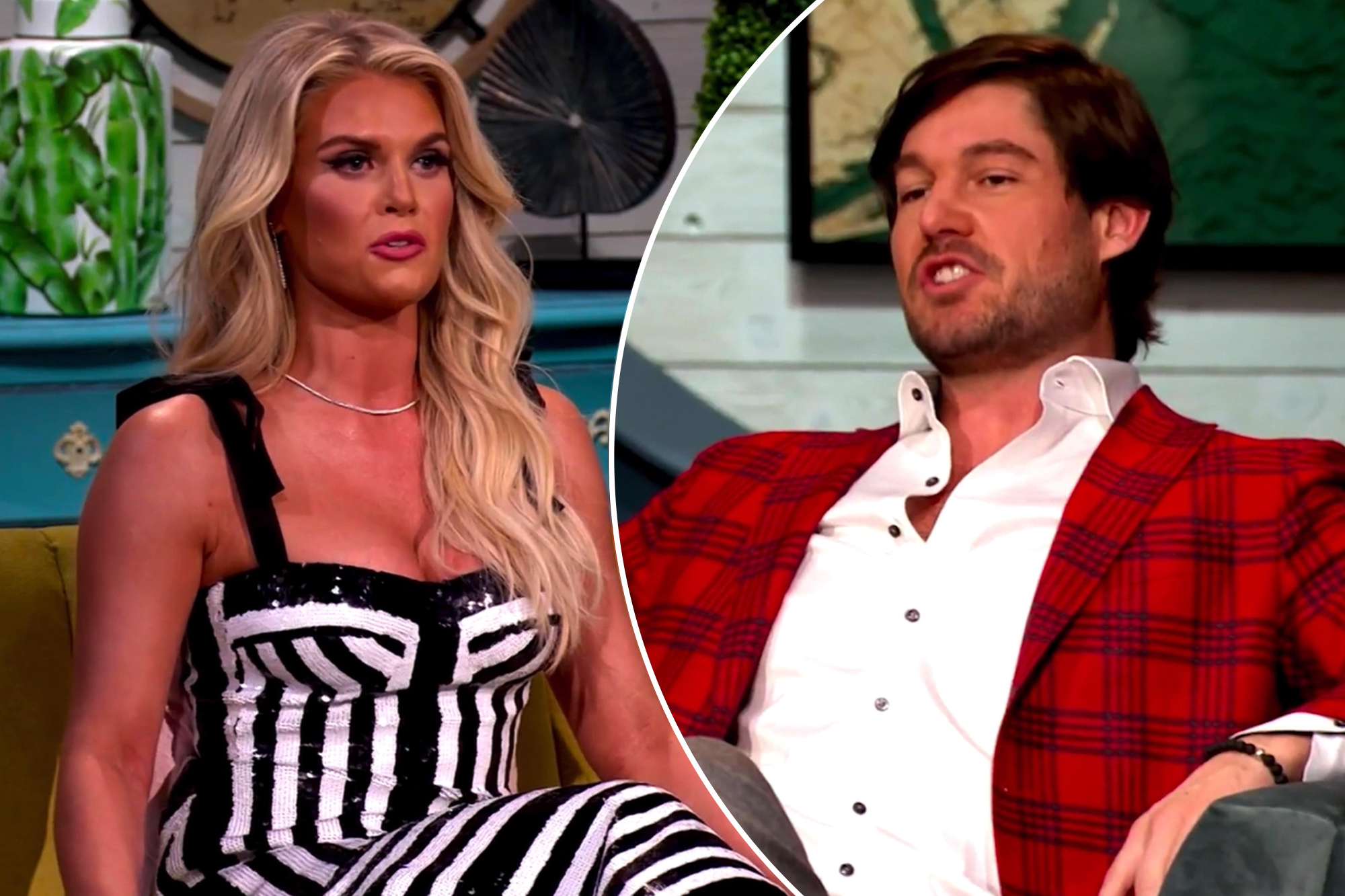 In a preview clip for Thursday night’s reunion with the Charleston, South Carolina-based show’s Season 7 cast, host Andy Cohen attempted to get to the bottom of the baseball love drama, which allegedly took place while LeCroy, 30, was in a relationship with fellow cast member Austen Kroll, 33.

The unnamed subject of LeCroy’s alleged affections was, “I should say, a very famous, married ex-MLB player,” Cohen said in the preview, making laser-focused eye contact with LeCroy.

Cohen then asked Charleston’s “most sought-after hair and makeup artist” if she directly messaged the man. LeCroy then admitted that she communicated on Instagram with a married baseball player who reached out to her, but denied that she “flew to Miami” to meet him, as cast member Craig Conover suggests.

“He contacted me, and yes, we DMed, but other than that there was nothing … I’ve never seen him [or] touched him,” she told Cohen.

In response, Conover slammed LeCroy as a “f – – king liar” and “homewrecker” because she and the man “FaceTime all the time.” The blond bombshell was also accused in the clip of flying to Miami to hook up with said man — whose name appears to be “bleeped” out in the controversial clip.

A visibly outraged LeCroy denied the accusations: “Give me a name!” she fires back. “Put me on a lie detector test. I never flew to Miami. Where’s the record of that? That’s fake.”

In Thursday night’s reunion special for “Southern Charm,” Madison LeCroy is accused by Craig Conover of having relations with a married man.Bravo

But all of this sexy swampland intrigue was enough to send fans into a Twitter tizzy. Who is this ex-MLB star caught up in the “Southern Charm” drama? Several high-profile ballers were tossed out in the ensuing online frenzy — including an unmarried ex-MLB star with a famous partner who allegedly liked a couple of LeCroy’s photos on her social-media platforms. Bravo didn’t respond to The Post’s request for comment on the drama.

Meanwhile, this isn’t even the first time this week LeCroy has found herself in the hot seat. She was also accused of meddling in the relationship of co-parents Kristin Cavallari and Jay Cutler following their April 2020 separation.

In an effort to clear her name, she released alleged text messages exchanged between herself and Cutler.

I mean look how fast we came together to investigate Madison drama. I don’t even watch #southerncharm and I know every detail 😂— Kealy – Kiki (@kealy_kiki) January 28, 2021