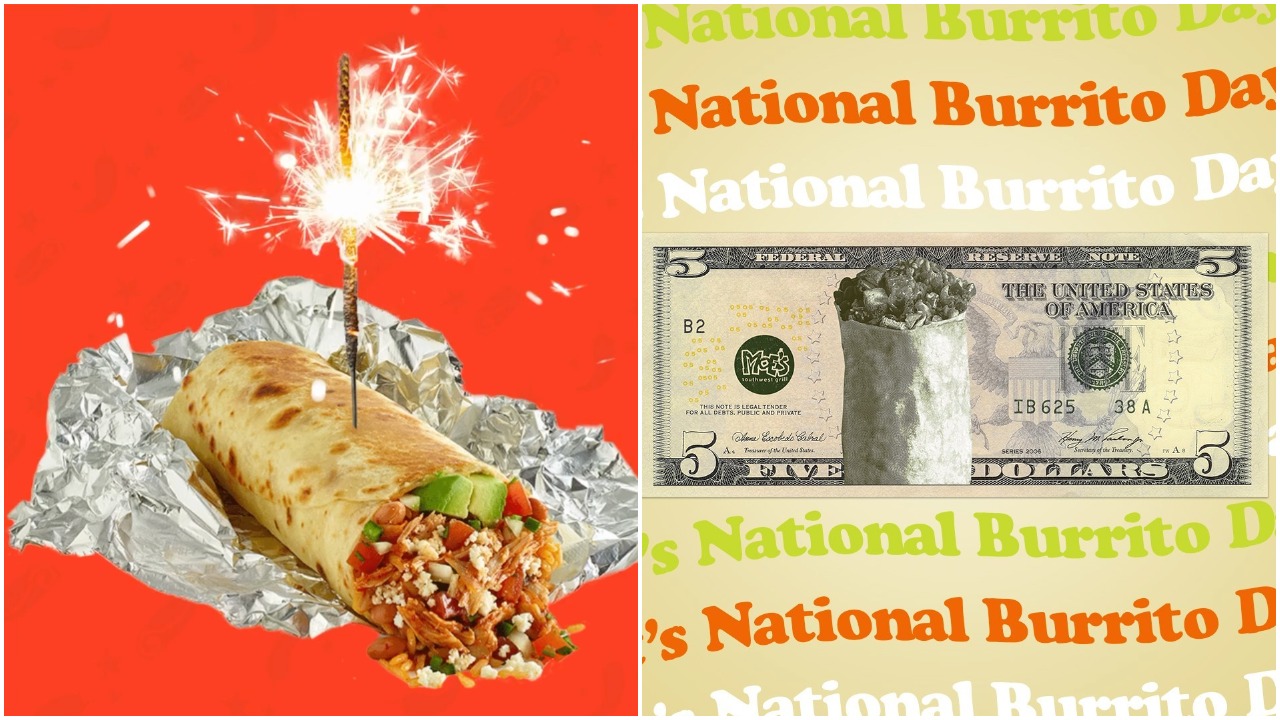 This is not an April Fools’ Day prank.

Tired of getting hornswoggled by faux offers on the world’s most annoying annual holiday?

Well, this deal’s for real: Chipotle, Taco Bell and other quintessential Mexican food chains across the nation are offering free food today in honor of Thursday’s other totally unofficial — but quite tasty — holiday: National Burrito Day.

As a service to burrito-lovers, we’ve corralled a list of restaurants offering freebies for the made-up national holiday, which reportedly falls on the first Thursday every April.

You’ll want to bring an amigo for Baja Fresh’s Burrito Day special, in which you can buy burrito, and get a second one for half off. Simply plug in the code BajaBurrito21 online at checkout.

The “Burritos or Bitcoin” interactive game at BurritosOrBitcoin.com

Chipotle is putting its money where your mouth is by giving away $100,000 in free burritos and $100,000 in Bitcoin through the “Burritos or Bitcoin” interactive game at BurritosOrBitcoin.com.

The national Tex-Mex chain hypes that it’s the first US restaurant brand to offer a “cryptocurrency giveaway to consumers.”

Players can win a free burrito or up 25,000 in digital currency by correctly guessing a six-digit passcode within 10 attempts. However, hungry losers shouldn’t fret — as they’ll also get a special offer.

The contest runs until 9 p.m. Thursday.

The California Burrito chain is offering buy-one-get-one free “Epic Burritos” through their app. Users must register to access this freebie.

Buy-one-get-one-free burritos not enticing enough on their own? El Pollo Loco loyalty members who buy a burrito through their Loco Rewards account will receive two free burrito coupons: One for Thursday and another to use in the El Pollo Loco mobile app anytime in April.

Moe’s is ringing in National Burrito Day with $5 burritos and bowls all day today. No membership required.

Taco Bell is offering a trifecta of titillating deals Thursday. Long-time Rewards members can earn 100 extra points when they order a burrito while new members can get a free Doritos Locos Tacos through the app for a limited time. Meanwhile, between now and April 5, Taco Bellions who buy a Chalupa Cravings Box via Uber Eats can get a second one free.