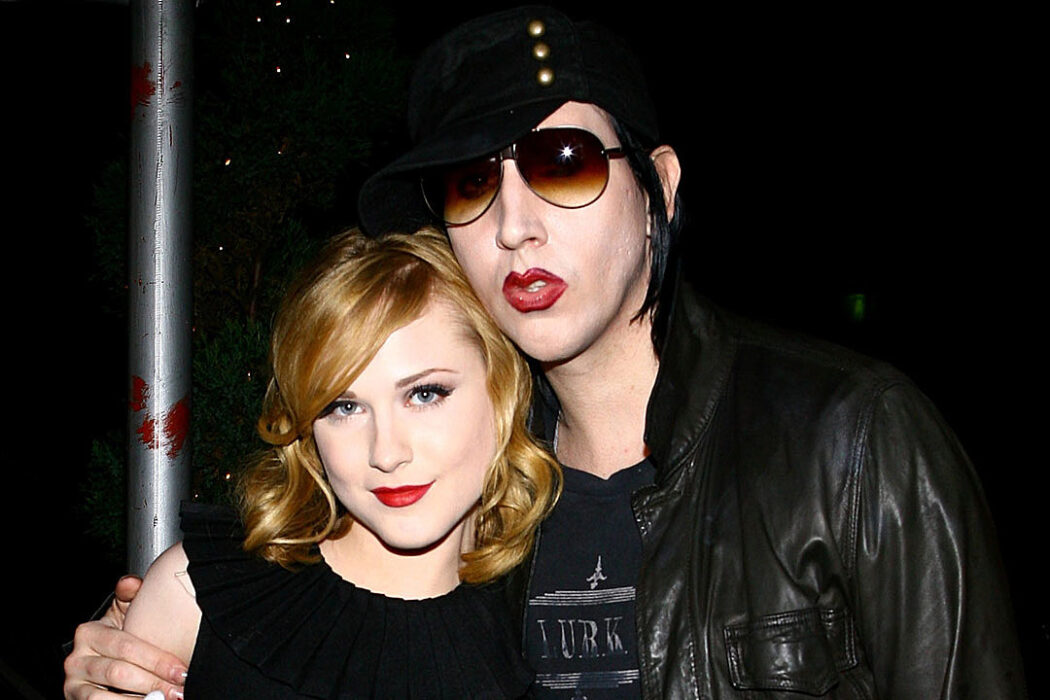 Followers of the entertainment news circuit know that Marilyn Manson has recently come under fire for abuse allegations levied by a couple of different women, although, the most controversial among them appear to be coming from Evan Rachel Wood, his ex-fiancée.
According to a report from Page Six, Evan took to her social media this week to claim that she had once filed a police report against Marilyn Manson‘s wife because she had threatened to release provocative or “damaging” photos of her.
RELATED: Marilyn Manson’s Ex-Wife Dita Von Teese Speaks Out Amid His Abuse Scandal – Claims She Did NOT Have The Same ‘Experience’
As it was previously reported by several outlets, Wood has accused Marilyn Manson of abusing her during their long relationship which finally ended in 2010. The Instagram allegation seemingly confirmed what a lot of people have whispered for years.
In fact, in 2020, Marilyn Manson reportedly stormed out of an interview because the reporter asked him about the claims related to Evan Rachel Wood, whom the shock-rocker started dating when she was in her late teenage years.
https://www.instagram.com/p/CKvmsUmF1ho/
RELATED: Marilyn Manson Loses Role On Horror Series Creepshow Following The Allegations Against Him
Reportedly, she filed her police report against Lindsay Usich back in December after she first became aware of the alleged threat to release explicit photos of her. The 33-year-old actress has also claimed the idea behind the threat was to “shut her up” or “ruin her career.”
Wood did share a copy of the police report as well, although, she blocked out important information on it including at which police station it was filed and other personal details. According to the Thirteen actresses, the photo was taken of her while she was underage and dating him.
Additionally, it was taken of her at a concert in Las Vegas. One part of his stage show featured Wood with a mustache and a German-style military hat which she says was a big part of his act at the time.
Wood says she was given a lot of drugs and alcohol as part of a “grooming” process as if she was too young to know better at that time. Wood went on to say that Mr. Brian Warner – who goes by the name Marilyn Manson – brainwashed and “manipulated” her into “submission.”
Advertisement

Ashley Benson And G-Eazy Break Up After 9 Months Of Dating!
Keith Urban Stands Up For Wife Nicole Kidman When Man Reportedly ‘Swats’ Her While At Opera Show!
Comment