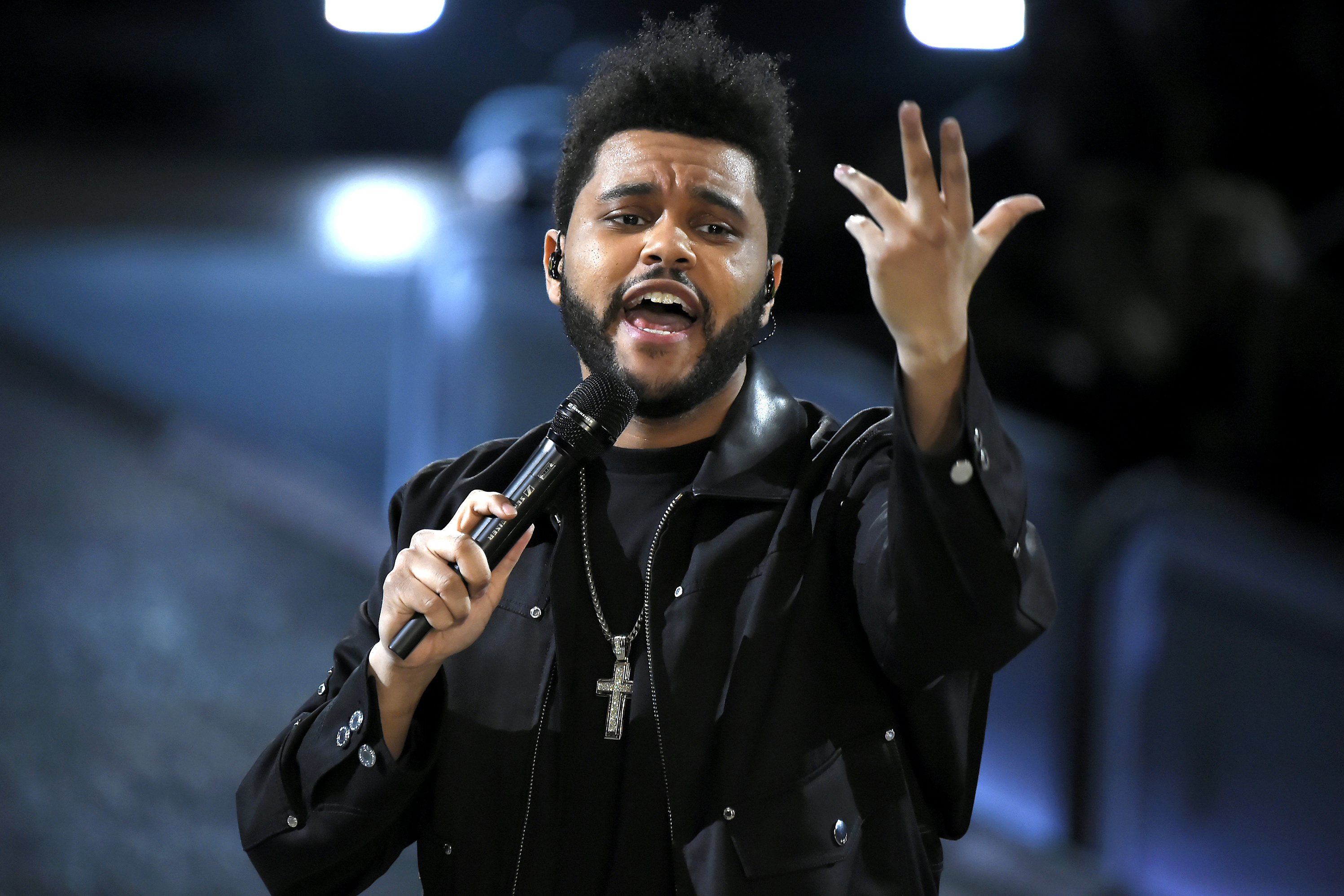 The Weeknd rocked a red suit during the Super Bowl halftime show.

“I wanted to keep it really clean,” the Los Angeles-based designer told the publication. “Everything is made in such a way that he looks very together when he’s standing still, but he can still move around because Abel likes to move.”

The outfit pays homage to “transformation,” which the designer said has been “the whole tone and message of [The Weeknd’s] album,” called “After Hours.”

The transformation of the singer’s face, from bloodied and bandaged to CGI plastic surgery, has also been a hot topic over the past year-plus — part of a character he created surrounding his album.

The Weeknd and his bandaged dancers wore similar outfits during the Super Bowl halftime show.Getty Images

The suit felt similar to tailored looks he’s worn in recent appearances, the designer noted to WWD. The 30-year-old, whose real name is Abel Tesfaye, has worn red suits or jackets several times while performing and making appearances with a banged-up face, including at the 2020 VMAs, which saw him with bruises, and the 2020 American Music Awards, where his face was completely wrapped up in bandages.

“The significance of the entire head bandages is reflecting on the absurd culture of Hollywood celebrity and people manipulating themselves for superficial reasons to please and be validated,” he previously told Variety.

While The Weeknd’s face didn’t appear altered for the halftime show, several dancers with bandaged faces and similar outfits surrounded the star at various points during the performance.

As Page Six previously reported, The Weeknd’s halftime show mostly took place in the stands, instead of on the field, to abide by COVID-19 safety precautions.