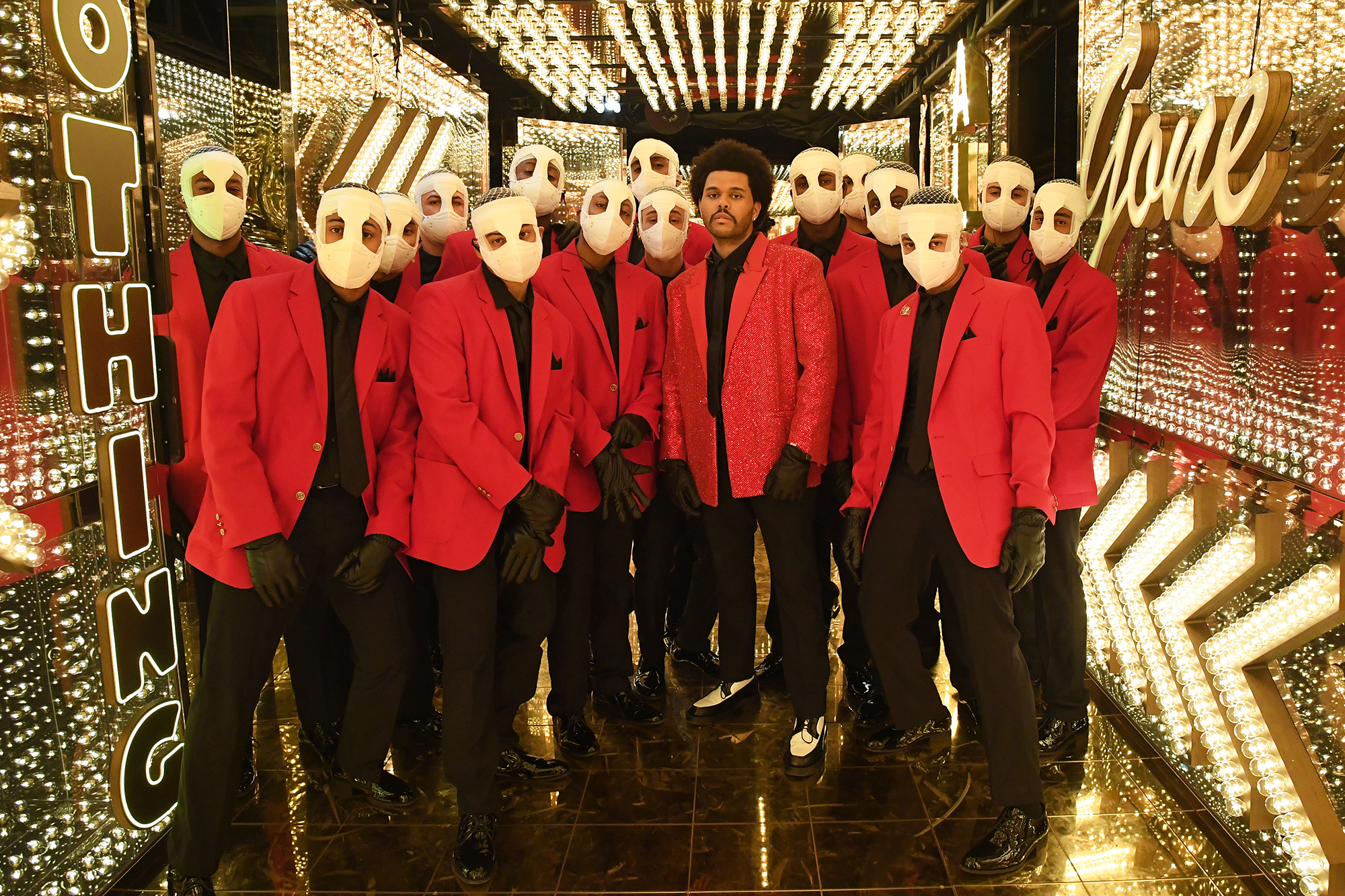 Where’s all the blood and carnage?

The Weeknd decided to play it safe on one of pop culture’s biggest stages on Sunday during his Super Bowl 2021 halftime performance.

The multi-faceted 30-year-old decided his own face was good enough for his big, live — definitely-not-pre-recorded — gig, rather than the odd prosthetics and makeup he’s been donning throughout his latest album’s release.

Backed by a chorus of gospel singers, the “Starboy” singer kicked off his performance pacing through a series of under-stage labyrinths. When it came to his 2015 hit “I Can’t Feel My Face,” dozens of bandaged-up doppelgangers were dancing around him. At least they took a chance with something weird.

Later, the entire field was filled with the masked backups as he sang his TikTok-famous dance jam, “Blinding Lights.”

Masked dancers accompanied The Weeknd during his 2021 halftime performance.Getty Images for TW

In the year since he released his fourth studio album “After Hours,” he’s been sporting more extreme versions of what he has referred to as “The Character.” It all began with a bloody face at the end of “Blinding Lights” in January 2020, but escalated into messier gore for his “After Hours” short film that followed in March.

Between April and August, his “character” was even more battered, showing grisly bruises in addition to blood and bandages. By November, the Weeknd completely covered his face in gauze for the American Music Awards.

He followed the gory visage up with a completely new “plastic surgery” look — achieved by prosthetics — for “Save Your Tears” in January.

However, in Super Bowl commercials, the singer relied on his real face, seemingly ditching the busted persona fans couldn’t stop talking about. But, he did take time to explain the whole thing ahead of the big game to those who have been puzzled for months.

“The significance of the entire head bandages is reflecting on the absurd culture of Hollywood celebrity and people manipulating themselves for superficial reasons to please and be validated,” he explained to Variety. “It’s all a progression and we watch The Character’s storyline hit heightened levels of danger and absurdity as his tale goes on.”

He added that fans can “take that being attractive isn’t important to me but a compelling narrative is,” and even explained why he’s been going back and forth between himself and “The Character,” as he called it.

“Why not play with the character and the artist and let those lines blur and move around?”