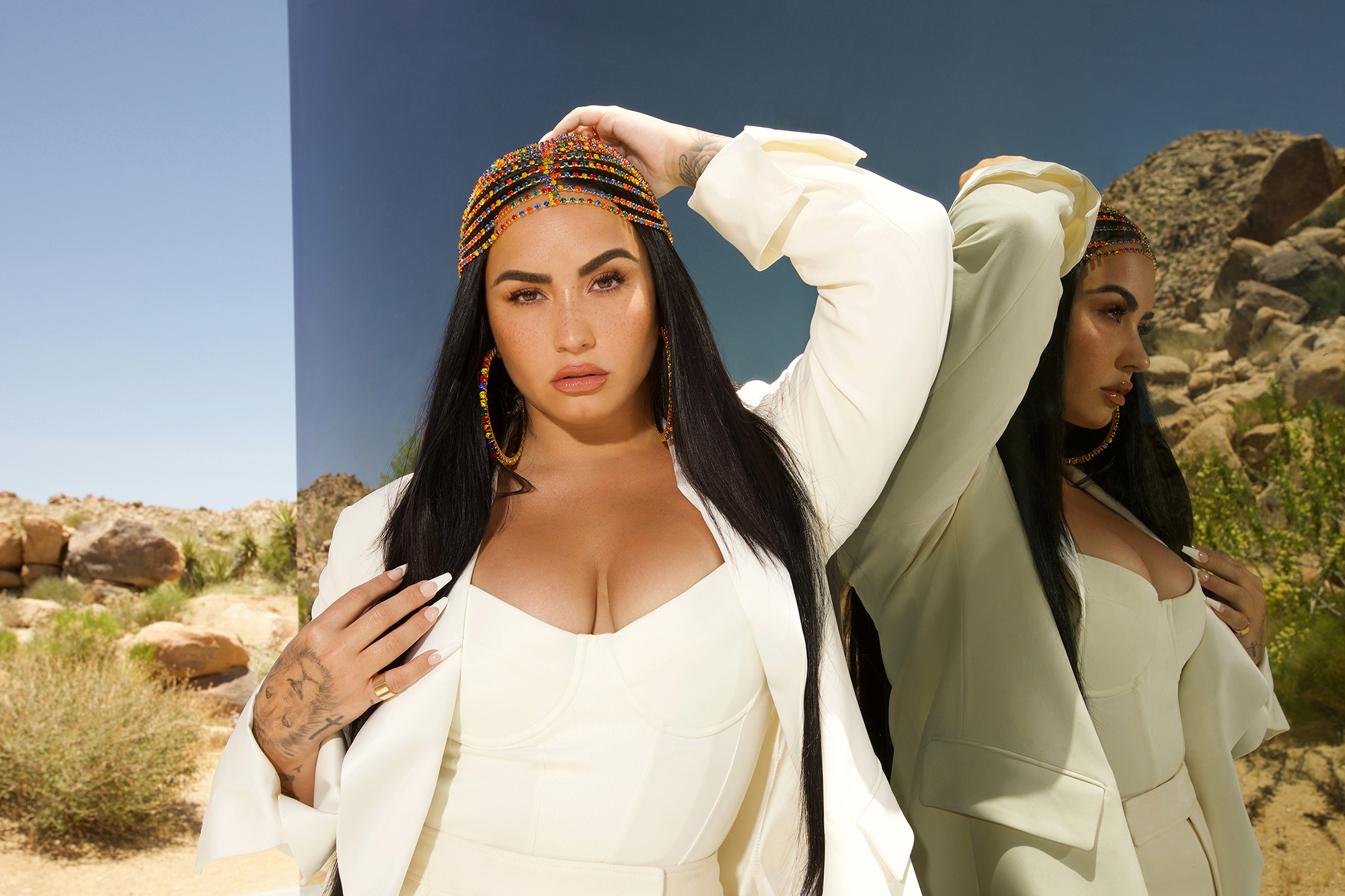 In fact, her new album, “Dancing With the Devil … The Art of Starting Over” plays like musical therapy as the 28-year-old diva works through her issues in pop catharsis.

Lovato bares her soul about everything from her substance abuse struggles (including a near-fatal overdose in 2018) and her broken engagement to Max Ehrich last year to her body image issues and recently coming out as pansexual.

She’s also been getting real in her four-part YouTube docuseries, “Demi Lovato: Dancing With the Devil,” which ends Tuesday.

For a deeper look at Demi, here are some of the most revealing lyrics on her latest LP.

On Her Substance Abuse Struggles

Multiple songs from her new album deal with her substance abuse issues, most notably the title track, whose video re-creates Lovato’s 2018 overdose from heroin and fentanyl-laced oxycodone, from which she suffered three strokes and a heart attack. Lovato recently identified herself as “California sober” on “CBS Sunday Morning,” which means making some exceptions for alcohol and, in her case, “smoking a little bit of weed.” The term is also a song title on the album.

“California Sober”“Cashing in my chips for forgiveness/Trading in my shame for perspective/Tired of being known for my sickness/Didn’t work, I’m trying something different … I used to live in fear of always slipping/But living for perfection isn’t living”

“Met Him Last Night”“I’ve seen the devil/Yeah, I met him last night … You got me f–ked up/I won’t let this happen again/This is the last time/You won’t take advantage of my innocence”

BTW: Lovato has reportedly revealed that this song was a gift from fellow pop star Ariana Grande, leading to the current #MetHimLastNight Twitter trend.

Demi reveals that #MetHimLastNight was first written by Ariana and given to her by Ariana herself. “…She started writing this song & immediately thought of me, so when she gave it to me I was like, ‘we should just sing it together…’” #DWTDTAOSO pic.twitter.com/6CMMHqlBju— Ariana World HQ (@ArianaWorldHQ) April 2, 2021

“Good Place”“I’ve been called an emotional disaster/By myself and by so many others/After I had trials and tribulations mastered/Tune it out with a little bit of paint and plaster/When I chose drugs over love, money over trust”

In her new docuseries, Lovato spoke about her whirlwind two-month engagement to former “The Young and the Restless” actor Ehrich that she broke off last September: “I think I rushed into something that I thought was what I was supposed to do,” she said. “I realized as time went on that I didn’t actually know the person that I was engaged to.” And she gets into it even more on these “Dancing With the Devil” tracks:

On Her Body Image Issues

After coping with anorexia and bulimia — which she recently told the New York Times were triggered by her mom’s eating disorder — Lovato has become an advocate for body positivity. But she shares her struggle to get to a healthier place on her album:

This week, Lovato described herself as “pansexual” on the “The Joe Rogan Experience,” telling the host she doesn’t know if she’ll end up with a male or female partner or become pregnant. On the new album, she delves into her “sexually fluid” nature.

“The Kind of Lover I Am”“I’m the type of morning after your sister wants around/Might not believe in monogamy … Doesn’t matter, you’re a woman or man/That’s the kind of lover I am”

Quavo Issues A Statement Following Saweetie Altercation
Sharon Stone Opens Up About Having An Abortion As A Teen And Going Through It All Alone!
Comment