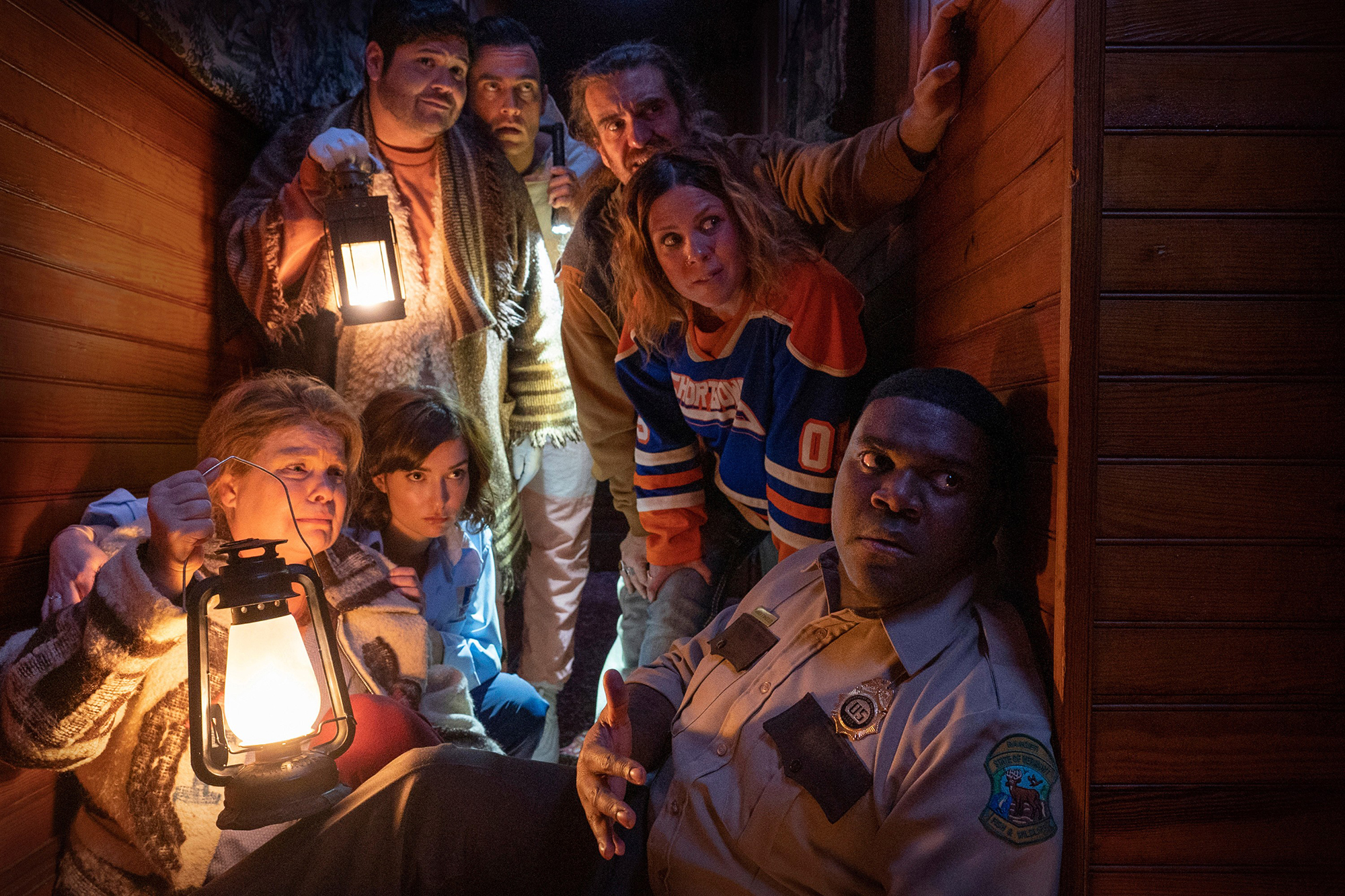 “Werewolves Within” joins the rarefied club of video game film adaptations that don’t make me want to gouge my eyes out.

That’s because its source material is a quirky comedic good time — not colder than Neptune like “Tomb Raider,” or a dark march of zombie murder like “Resident Evil.” Comparatively, this is swell cinema fodder. That said, a whole lotta people die in director Josh Ruben’s film.

A nice new ranger named Finn (Sam Richardson) arrives in the tiny, sequestered town of Beaverfield during a time of unusual turmoil. A gas pipeline set to destroy the woody environment is about to be built, the power goes out and won’t be fixed for a week and residents are getting maimed and slain by a mysterious creature.

There could only be one possibility: werewolves!

Fostering a deep-seated belief in the mythological furballs, a bunch of local eccentrics — Finn, the mail woman (and his love interest) Cecily (Milana Vayntrub), a crafter (Michaela Watkins), the pipeline owner (Wayne Duvall) and a pretentious gay couple (Cheyenne Jackson and Harvey Guillén) that escaped the hubbub of the city — hole up in a large house and try to figure out which person among them isn’t fully human.

In “Werewolves Within,” (clockwise from lower right) Sam Richardson, Milana Vayntrub, Catherine Curtin, Harvey Guillén, Cheyenne Jackson, George Basil and Sarah Burns try to figure out which one of them is a murderous beast.©IFC Films/Courtesy Everett Col

What “Werewolves Within” aims to be is a “Knives Out” of the horror genre, with a wacky ensemble having a blast while they play enormous characters and follow clues. They do, and their antics are enjoyable for the most part. However, unlike the Daniel Craig mystery film, “Werewolves” can sometimes be overly spastic and annoying. You lose patience with all the shrieking and running and accusing. The story starts to go nowhere, and some of the added small-town commentary — fear of outsiders, disdain for facts — is strained and obvious.

So you won’t be howling at the moon, but you’ll chuckle a bit.