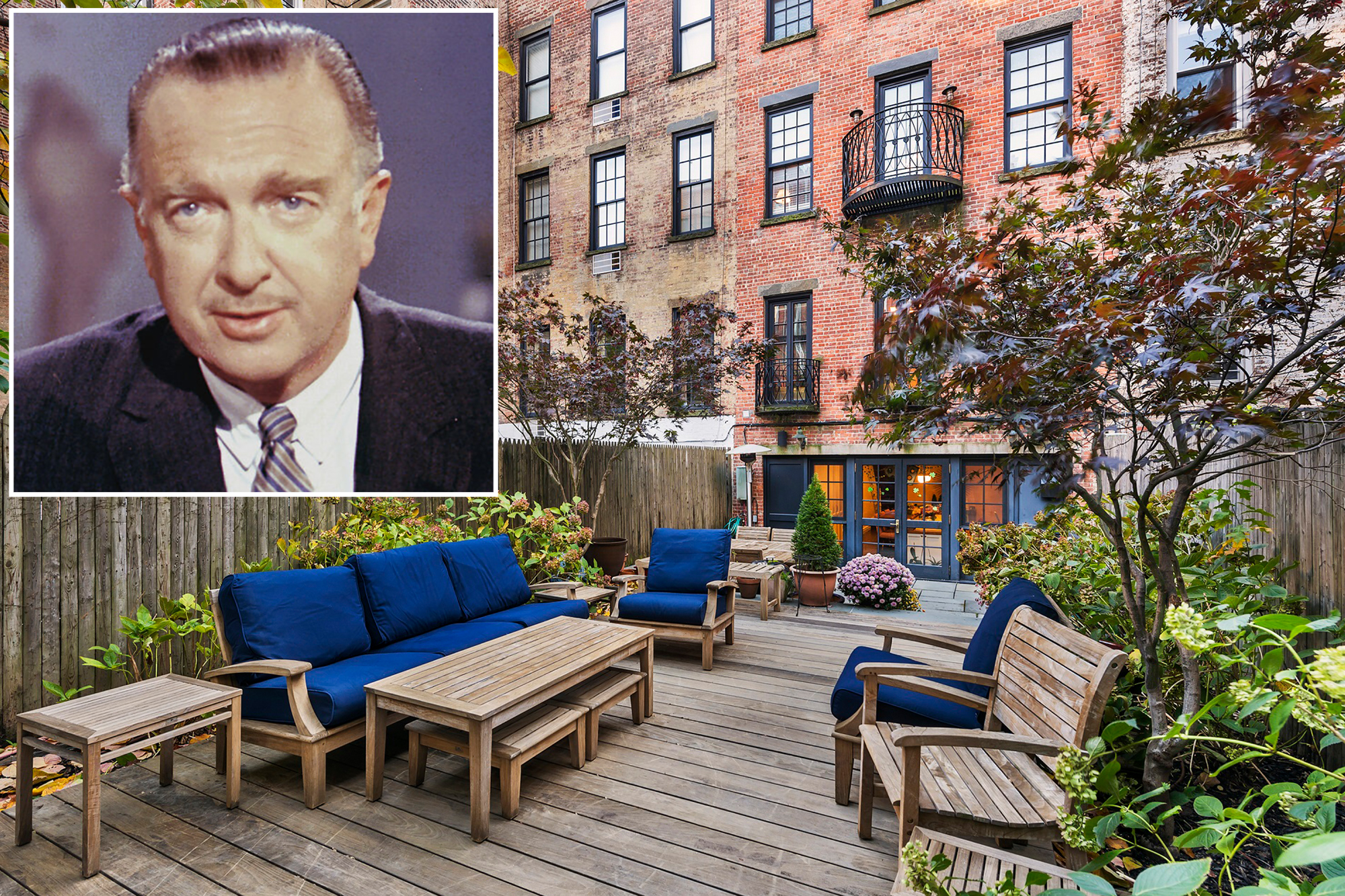 Start spreading the news: The townhouse that formerly belonged to the late CBS anchor Walter Cronkite has hit the market for $7.7 million.

Cronkite’s fan mail was still delivered to the home years after he left, including books that fans hoped “the most trusted man in America” would autograph.

Once, when Cronkite’s wife Betsy left her wallet at Patsy’s, the waiter rang Faccibene’s doorbell the next day to drop it off. (Faccibene tried to deliver it to the Cronkites’ home, but the doorman wouldn’t accept it, so they called CBS. Eventually, Cronkite called and asked if he could stop by with his wife, pick it up and visit the home.)

“He had come to New York to start a new concept, the evening news, and said he had a hard time finding a place to live,” Faccibene told The Post.

Cronkite, added Faccibene, bought the house for $40,000 when there was still a squatter there.

“The house held a lot of memories for them,” Faccibene said. “They raised their family here and entertained lots of famous people, like Frank Sinatra.”

The 19th-century, four-story brownstone, which dates to 1880, features four bedrooms, custom millwork and hardwood floors. There’s also an eat-in chef’s kitchen and French doors that lead to a landscaped garden with bluestone pavers and a gas-line grill.

The full-floor parlor features gas-burning fireplaces, a formal living room, a dining room and a family room with three Juliet balconies overlooking the garden. The main bedroom — on the third floor — comes with a fireplace, a Juliet balcony, two dressing rooms and a spa-like bathroom.

When Cronkite lived there, he’d commute to CBS by carpool until one day his neighbor, advertising mogul David Ogilvy, offered him a lift in his green Rolls-Royce. (He had the account at the time.)

“After that, he’d wait at the window and hitch a ride every morning,” Faccibene said.

The listing broker is Thomas Wexler of Leslie J. Garfield.

Was Taylor Swift’s ‘Fearless’ re-recording even worth it?
Model says she’s a victim of ‘e-whoring’ trend online
Comment