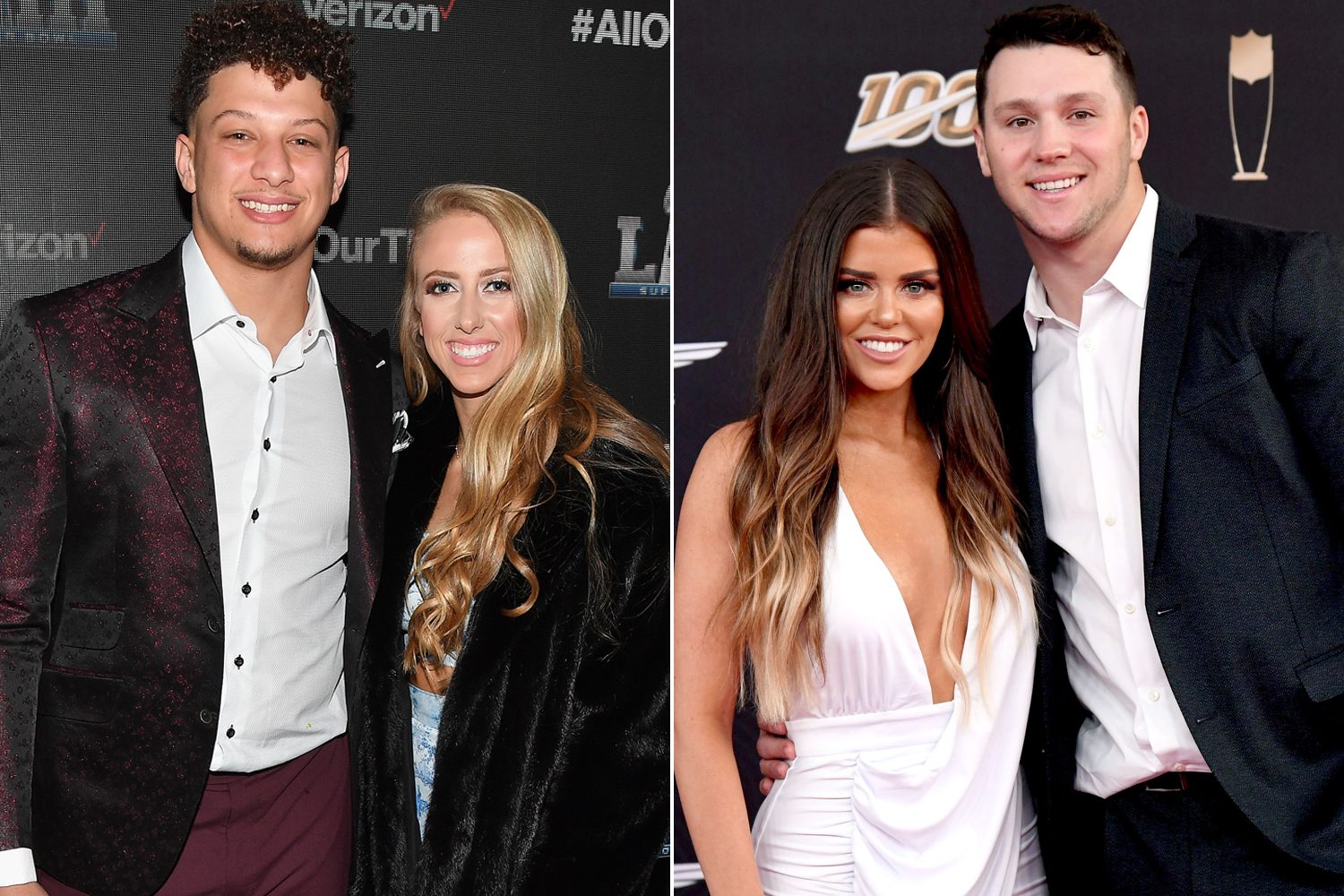 Sunday night’s AFC Championship game will either end with Patrick Mahomes and the Kansas City Chiefs making a return trip to the Super Bowl, or Josh Allen leading the Buffalo Bills to their first Super Bowl since the 1993-94 season.

Off the field, however, another competition is brewing: The battle of the Brittanys.

Brittany Matthews, the fiancée of Mahomes, is always a game-day staple, as is Brittany Williams, Allen’s favorite fan.

The pilates instructor always rocks blue and red to cheer on the Bills, and most recently, sported a custom jacket with Allen’s name and jersey number, 17, featured on the back.

The Bills defeated the Indianapolis Colts, 27-24, in the Wild-Card round of the NFL playoffs on Jan. 9. Last week, they topped the Baltimore Ravens, 17-3, in the Divisional round.

Matthews, 25, always watches Mahomes and the Chiefs in style.

The personal trainer, who is also expecting a baby girl with Mahomes, 25, regularly shares photos from her suite at Arrowhead Stadium in Kansas City.

“Game Day pics coming at ya a little different this year! But that’s okay cause GO CHIEFSSSS❤️🔥 #RunItBack,” Matthews wrote in September.

Last week, Matthews shared another photo from her box, where she rocked a red top, black pants, and a jacket with Mahomes’ jersey number, 15, on the back.

Before kickoff in 2019, Williams took a quick photo with Allen, 24, on the sideline at MetLife Stadium in New Jersey.

During another 2019 game, Williams sported white knee-high boots with jeans and an Allen jersey, as she greeted the 6-foot-5 quarterback on the field at AT&T Stadium in Arlington, Texas.

Mahomes ended the 2019-20 NFL season in February as the MVP of Super Bowl LIV, when the Chiefs defeated the San Francisco 49ers, 31-20.

The 6-foot-3 quarterback celebrated with Matthews on the field at Hard Rock Stadium in Miami.

“You & this team deserved this💛❤️,” Matthews posted to Instagram at the time.

The couple later continued their post-Super Bowl victory lap in Disney World and back home in Kansas City.