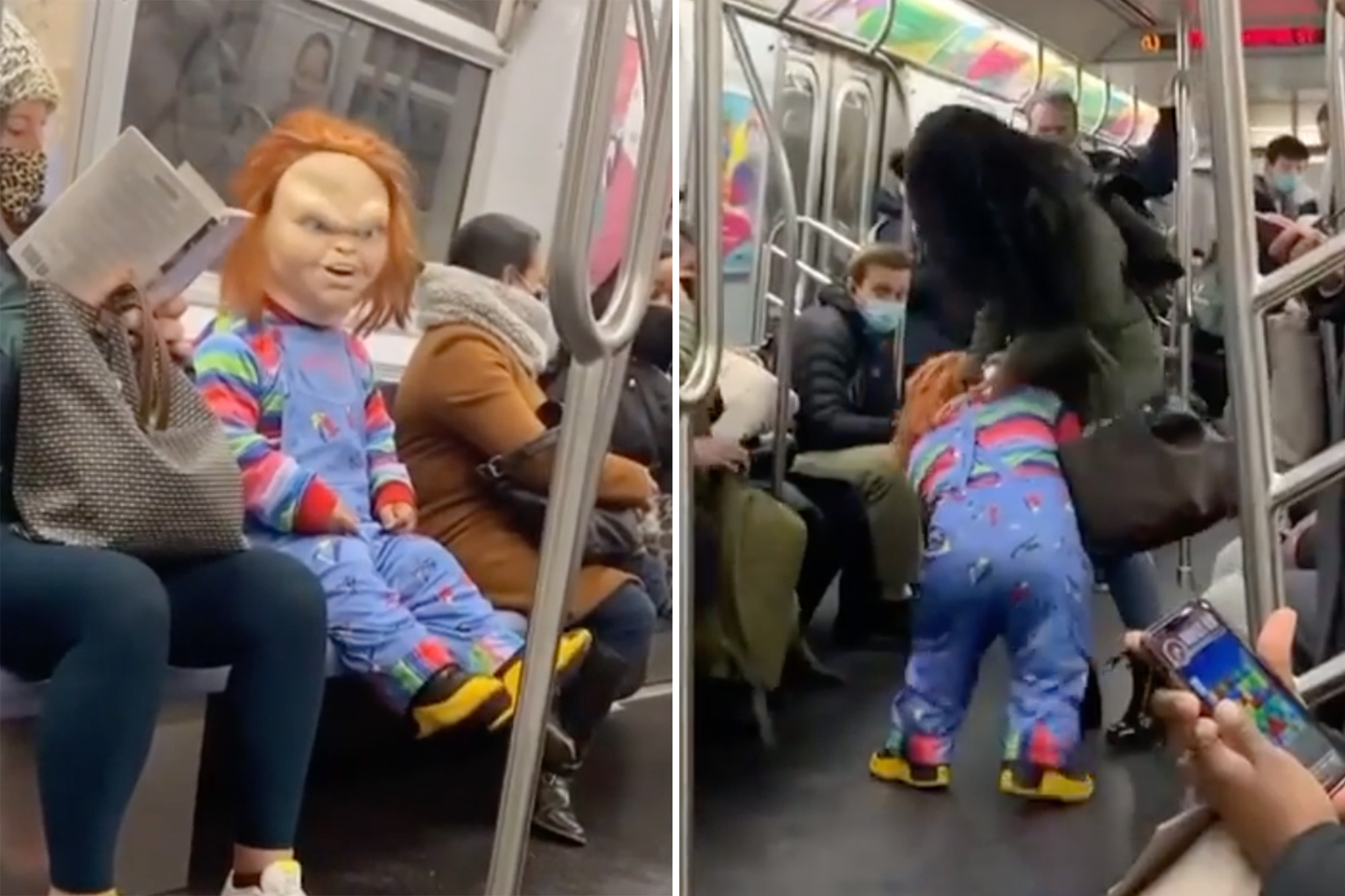 A viral video of a diminutive person dressed in a “Chucky” costume and attacking a maskless straphanger has been revealed to be a planned prank.

“Get the f–k off of me — what are doing you?” yells a woman as “Chucky” — the character from horror franchise “Child’s Play” — grabs at her while other train riders watch on. One man eventually drags Chucky a foot or so across the floor before walking away.

“Somebody help her,” a train passenger screams, but no one else appears to try.

Self-described actor, comedian and influencer Miguel told the Daily Dot that the incident was not, in fact, a bizarre and random assault by a maniacal impersonator but a “social experiment,” and the video was taken by Brooklyn filmmaker Rodrigo Valencia. Sara, the maskless “Chucky” victim, describes herself as an actress and comedian and was in on the prank.

The purpose of the stunt was to see if New Yorkers would rise to the occasion and assist a woman being menaced by “Chucky,” Miguel told the Daily Dot. “As expected, no one helped. Instead, they decided to record,” Miguel said of the clip, which was shared widely after being posted to Reddit and Instagram on Tuesday.

“We chose for Sara not to wear a mask to see if that would affect people helping her out in this situation,” Miguel said.

When the crew acted out the prank on another subway car, “it was pretty much the same reaction.”

Some commenters were aghast at the lack of help for Sara.

“How could you see this happening and not help her??????” one person tweeted in response to the video, to the tune of more than 12,000 likes.

“The sad reality,” wrote another, “it’s not about helping the person out anymore, it’s just getting millions of likes on Instagram.”