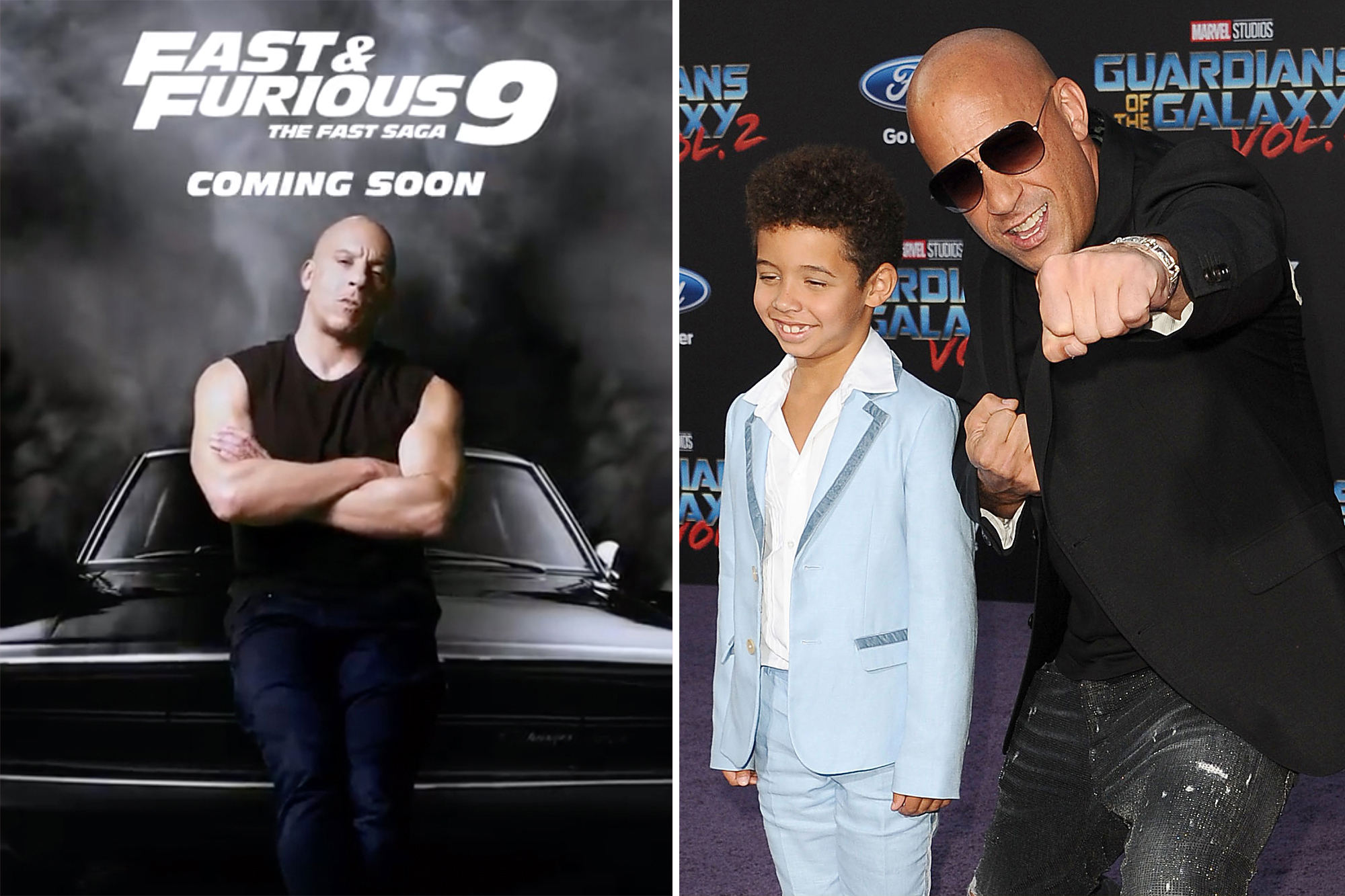 Nothing comes between family — not even a long-lost brother.

After over two years of delays, “F9” is finally coming to the big screen. The latest trailer for the ninth installment of “The Fast and the Furious” franchise dropped Wednesday and brings back many old faces — and even some new ones.

Following the wild events of 2017’s “The Fate of the Furious” (2017), Vin Diesel’s Dominic Toretto and his family will come face to face with his estranged younger brother Jakob. John Cena will take on the role of Jakob, an assassin who is working with Dom’s old foe Cipher.

But Diesel isn’t the only member of his family starring in what will hopefully be the summer’s biggest film. His 10-year-old son, Vincent Sinclair, will make his feature film debut in “F9,” appearing as the younger version of Dom. According to TMZ, his son filmed his scenes back in 2019 and reportedly received a daily sum of $1,005.

Other iconic faces who will return to the sequel are Michelle Rodriguez, Tyrese Gibson, Ludacris, Charlize Theron, Helen Mirren, Sung Kang (whose character Han was previously thought to be dead) and Lucas Black.

Universal Pictures’ big-budget action flick was first expected to be released on April 19, 2019, but was moved to accompany the premiere of the spin-off film “Hobbs & Shaw.” It was then delayed to April 2020 to avoid competition with the newest Bond film, “No Time to Die.” But “F9” was moved again to June 25, 2021, because of the coronavirus pandemic.

The “Guardians of the Galaxy” star shares his oldest son with longtime girlfriend and model Paloma Jiménez. The couple are also parents to daughters Hania Riley, 12, and Pauline, 6. Diesel and Jiménez named their youngest child after his late friend and “Fast and Furious” co-star Paul Walker. Walker died in November 2013 after a horrific car crash.

Diesel spoke to Entertainment Weekly earlier this year about why he’s “definitely eager to share” the new film and is, in fact, OK with its postponed release.

“When you make a good movie, your first goal is to make something that you can be proud of, and in the film business you learn from the very beginning that when the film gets released, even without the pandemic, is rarely in your control,” he said. “But when you really think about the quality of the movie, there’s more time you have to work in post-production, more time to get the shots right; it does give you a little bit of a cushion. I want to get the movie out for all of the great fans who have been waiting for this chapter — and yet look at the world that we live in.”

A new poster was released Wednesday for “F9.”Universal