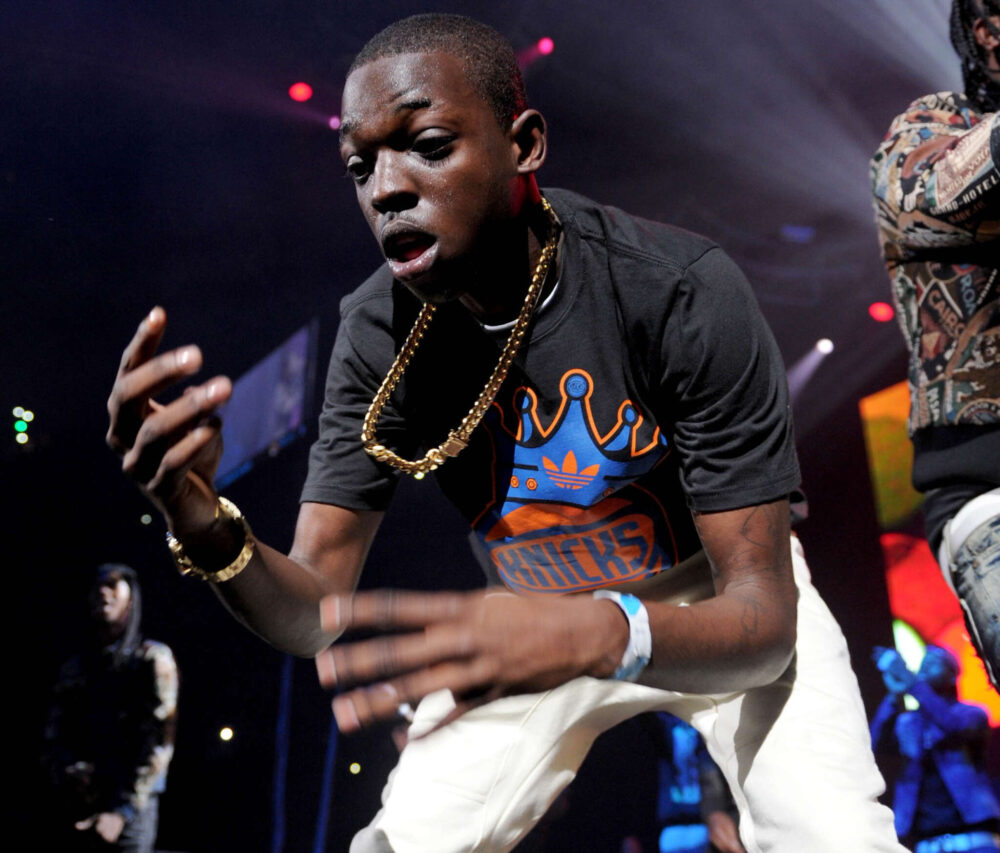 As hip-hop fans already know, Bobby Shmurda is out of prison and he’s back to sparking headlines once again. The performing artist was released from incarceration earlier this month after nearly seven years behind bars, not long after his friend and collaborator got out, Rowdy Rebel.
According to Hot New Hip Hop, Rowdy Rebel once took to his social media to praise Bobby in a now-deleted tweet, saying how he was a true friend and with each passing day, Bobby continued to live up to his reputation as someone a person could rely on and trust, at least if they’re on his good side.
RELATED: Bobby Shmurda Fans Believe He Might Be Getting Out Of Prison Today
Reportedly, Bobby was in the headlines this weekend for reasons other than his incarceration. The outlet says that he made the rounds on social media because there exists a video of him turning down a drink at a party in which he’s surrounded by his friends.
The publication claims Quavo, the Migos member, was just one person who welcomed the rapper with open arms. In fact, Quavo picked him up in a private jet and took him out to some of the best establishments for a great time.
Even though there were surely a lot of viral moments at some of these events for Bobby, the one moment that stood out to fans was the one where he turned down a drink.
RELATED: Bobby Shmurda Let Out Of Prison Earlier Than Expected Much To Fans’ Surprise
https://www.instagram.com/p/CLxUly7FKqf/
The rapper was spotted surrounded by bottle girls in the club, with just one of them holding a cup out to him which he declines. Bobby shows that he’s drinking a bottle of water instead.
According to Hot New Hip Hop, Bobby took to his IG in response to the comments and said that he was still on parole, and one of his conditions was that he had to stay completely sober for the next couple of years.
Apparently, the rapper spoke with GQ in recent news and said to Meek Mill that he would be “light-skinned in Jamaica before I go back.” That must mean Bobby is doing whatever he can to keep himself out of jail again.
Advertisement