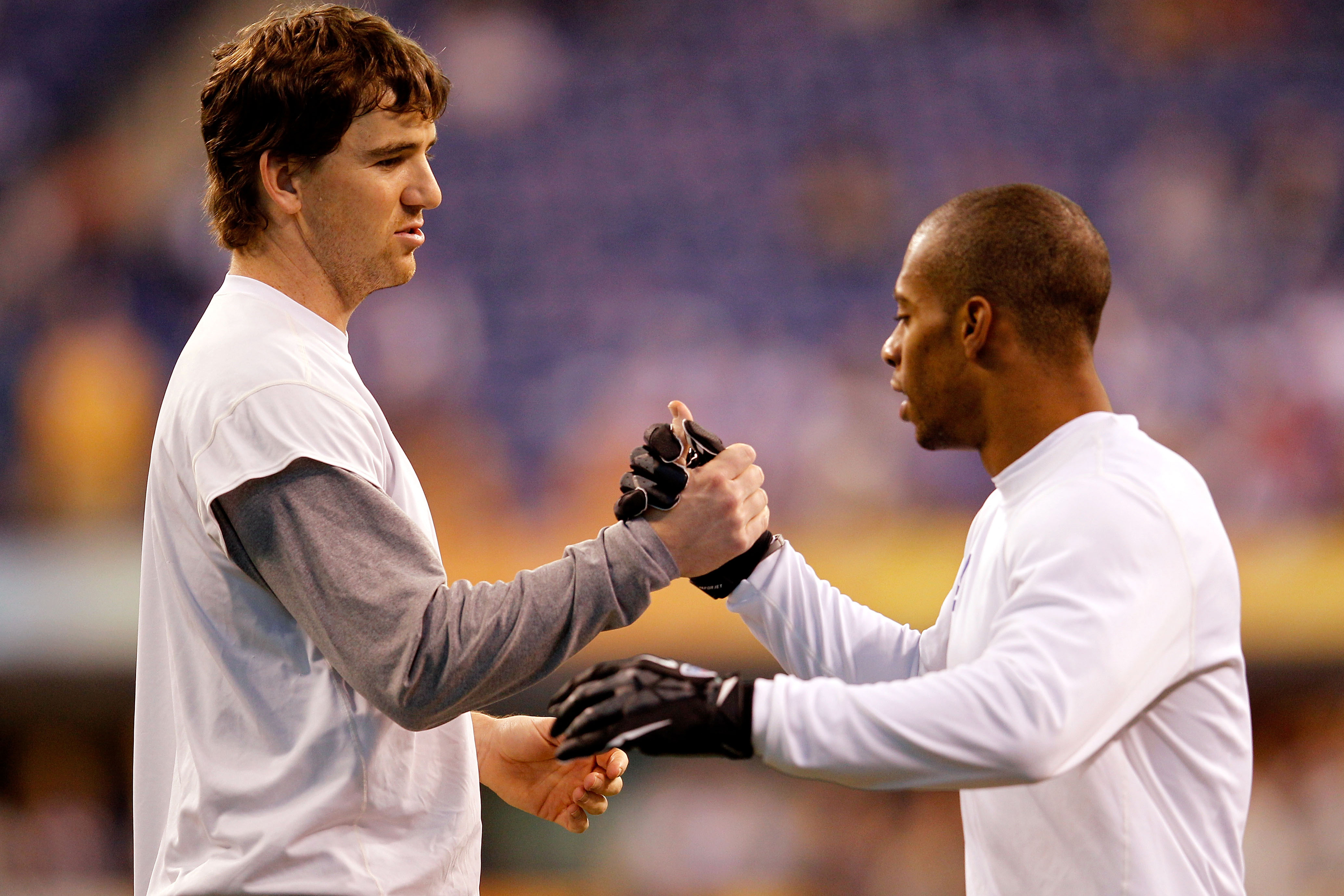 Ahead of Super Bowl 2021, Victor Cruz is reflecting on his camaraderie with the New York Giants when his team won the big game in 2012.

The ex-wide receiver reminisced to Page Six that before the Giants beat the Patriots that year, he, then-quarterback Eli Manning and the offensive line went out to dinner in Indianapolis, where the game was being held.

Cruz, 34, said that as the guys were out, fans began to “clamor” around Manning, “literally climbing over cars and barricades just trying to get to him.”

“Our entire offensive line made, like, a bubble shield around Eli as he was walking,” Cruz said. “I’m watching this, and I’m, like, ‘Oh, my God. This is incredible.’ This football thing, it let me know that this is really a family. This is really a family-like atmosphere, bigger than anything I imagined — even at the highest level.”

The former pro baller that said he and his teammates had to protect Manning at all costs, because the quarterback would be the one to “take us to the promised land” — and he did.

Eli Manning and Victor Cruz greet each other at Super Bowl 2012.Getty Images

Cruz’s Super Bowl Sunday this year will certainly be more low-key, as he’s been quarantining at his home in New Jersey amid the coronavirus pandemic.

“No grand plans, just like everything else, obviously, these past 12 months have been just kind of sticking with your close family, and just staying safe,” he said.

Cruz recently told Page Six that he dealt with “a bit of a breakdown” amid the pandemic and the Black Lives Matter movement.

“Thank God for my close friends, my circle, my people around me, because they kept me focused in times that seemed uncertain or when I needed somebody to talk to,” he said.

It was reported this week that Cruz and his girlfriend of three years, Karrueche Tran, have broken up.

Cruz, who retired from the NFL in 2018, has now launched a fitness program called “UNDRAFTED” on the Ladder app that provides one-on-one coaching experiences and workout plans. He is running a contest to provide a free lifetime membership worth more than $700 a year to five winners.

The winners of the “UNDRAFTED” scholarship will be notified on Super Bowl Sunday via FaceTime and will also receive a signed New York Giants jersey from Cruz.