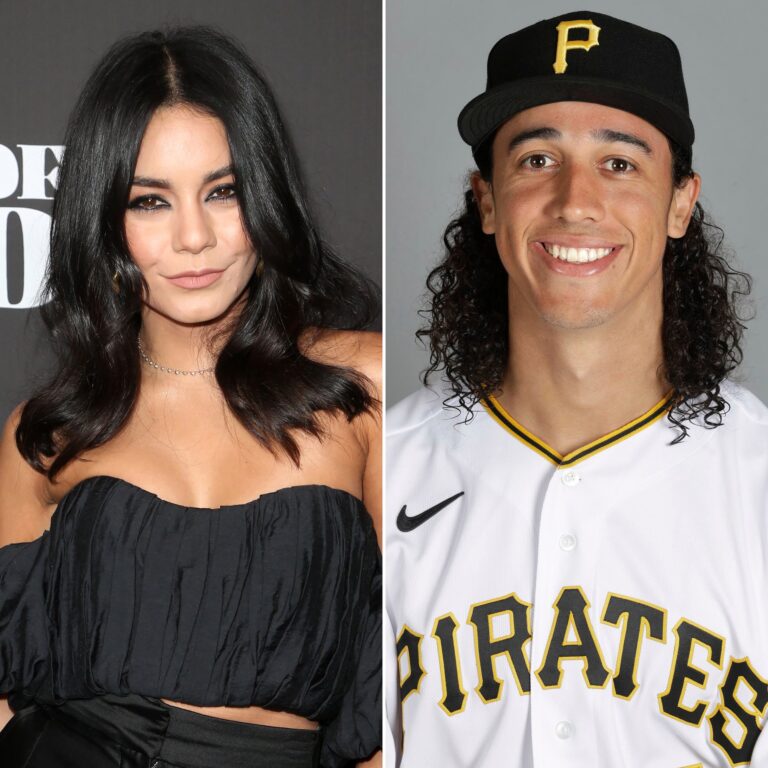 Vanessa Hudgens has been dating MLB player Cole Tucker and she just made it Instagram official! The 31 year old actress posted a cute couple pic with the 24 year old man and they look really happy and in love!
Vanessa and Cole shared a sweet kiss on Valentine’s Day and in the caption, she simply wrote: ‘It’s you, it’s me, it’s us.’

And she was not the only one to tell the world about their romance.
The Pittsburgh Pirates shortstop also took to his own platform the day before to post another snap of him and Vanessa, writing alongside it: ‘Happy V day.’

Valentine’s Day definitely felt like the perfect day to tell the world about their significant other and quite a few other celebrities thought the same!
This comes after months of being linked romantically.
They were previously seen on a dinner date in November, which was less than a year after Venessa’s breakup with Austin Butler.
Also back in November, Hudgens gave an interview to ET, telling the news outlet that she was ready to date again.
‘Your girl’s open. I feel like it is just about having similar fundamentals and just wanting the same things. Like, I’m not picky, really. … I know what I want and I am like, if someone comes into the picture and can give me those things, then great, it does not matter if they are in the public eye or not – if anything I actually prefer them to not be but we’ll see, we’ll see.’
Well, it seems like she has found someone with who she shares those fundamentals if she was ready to tell the world about it!
Advertisement

Before Cole, Vanessa Hudgens and Austin Butler were together for no less than 8 years so it’s great to see that she was able to move on so fast!

Ruby Rose In Tears While Recalling Serious Complications After Surgery And Not Finding A Hospital Willing To Help Her ‘For Hours!’

Aaron Rodgers And Shailene Woodley – Inside Their First Valentine’s Day After Getting Engaged!
Machine Gun Kelly Reveals He Wears A Vial Of Megan Fox’s Blood Around His Neck
Comment