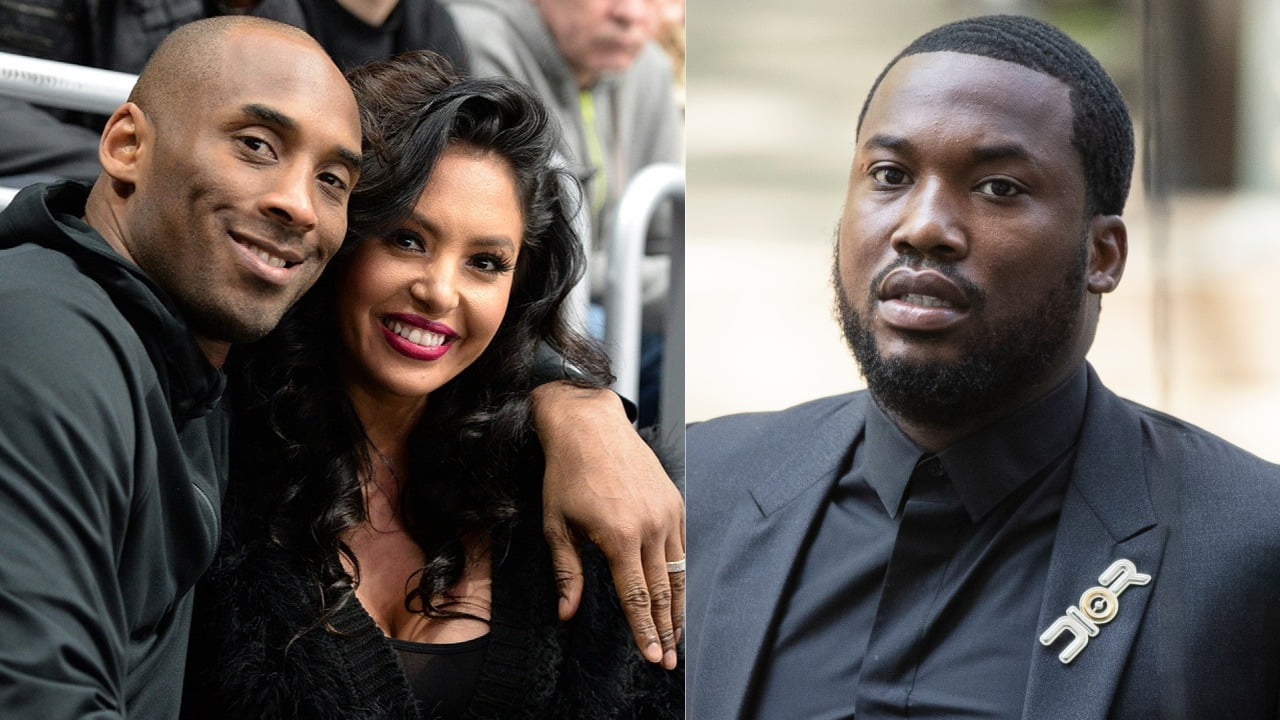 Meek Mill got a lot of backlash because of a verse in his new song that made reference to the way Kobe Bryant passed away, pretty much glamorizing it! That being said, the fans were not the only ones slamming the rapper for it – Kobe’s widow, Vanessa, made sure to call him out as well!
Meek Mill rapped about wanting to go out in a helicopter crash just like the legendary basketball player but most people were not impressed!
RELATED: Gianna Bryant And Her Teammates Alyssa Altobelli And Payton Chester – Honorary Draft Picks At The 2020 WNBA Draft – Vanessa Bryant Shows Her Gratitude
Now, Vanessa slammed Meek for ‘disrespecting’ her late husband.
The song is titled ‘Don’t Worry (RIP Kobe)’ and is a collaboration with Lil Baby.
At this point in time, the track is yet to be released and was, instead, leaked on her IG Stories last week.
RELATED: Meek Mill Releases New Song Featuring A Sample Of Donald Trump’s Speech
‘The b***h I’m f**king always tell me that she love but she ain’t ever showed me.’ / ‘Yeah, and if I ever lack, I’m going out with my chopper, it be another Kobe,’ the controversial line goes.
Vanessa, who lost both her husband of two decades and their 13 year old second born daughter in the tragic helicopter crash, did not appreciate the name drop.
After all, she is still in mourning, trying her best to cope with the terrible tragedy that happened to her and her family.
As a result, she took to her IG Stories to address Mill directly, writing: ‘Dear @meekmill, I find this line to be extremely insensitive and disrespectful. Period. I am not familiar with any of your music, but I believe you can do better than this. If you are a fan, fine, there’s a better way to show your admiration for my husband. This lacks respect and tact.’
The song goes on to further reference both Kobe and Gigi later on during Lil Baby’s verse: ‘I made a promise before God, that want’ll never hold me. / I damn near wanna have a son, so I can name him Kobe. / Daughter Gigi, I done beat them odds, I wish lil’ one could see me.’
Advertisement

Miranda Lambert Says The Pandemic Has Brought Her Closer To Husband Brendan McLoughlin!

Kelly Clarkson Says She’s Made 60 Songs Since Divorcing Brandon Blackstock As An Outlet For Her Grief!