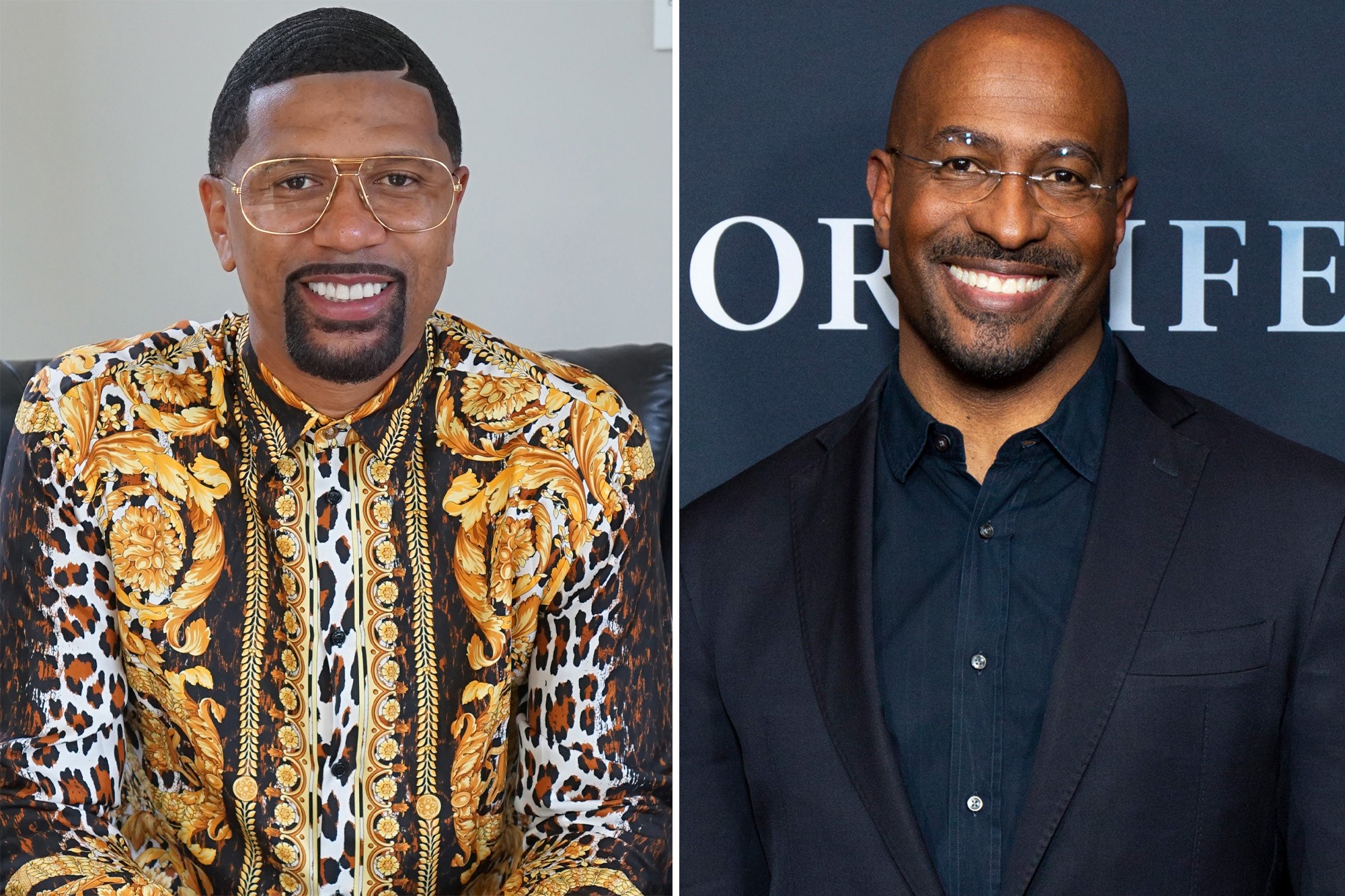 Van Jones is controversial because he has the audacity to work with both Democrats, Republicans, or any party in power to make progress on prison reform.

But if that doesn’t bother you, perhaps his opinion on Michael Jackson and Prince will. Like the Michael Jordan/LeBron James GOAT argument, these two prolific artists have fueled the same debate for years. Van was a close friend and associate of the late great “Purple Rain” singer, so I had to ask him who comes out on top of that competition.

“I love Michael Jackson. [But to Prince] no comparison,” he told me.

“When Prince can be his own band. When he can play the drums better than his own drummer and his drummer is the best in the world. When he plays better than his own guitarist and he had the best guitarist in the world … Listen, as a vocalist, maybe Michael gets him. Maybe even as a dancer. But then you are out of moves because as a songwriter, as a drummer, as a guitarist … There’s not even a competition.”

“Prince can hoop. By the time we were really really kicking it, though, his hip problems started to get to him. His favorite thing was table tennis, ping pong. He would have you diving across the room, and he wouldn’t even move,” said Jones, adding that underneath Prince’s skintight, flamboyant clothing lived a true philanthropist who was quietly donating money to Black Lives Matter, the Harlem Children’s Zone and Yes We Code.

No wonder they got along. Jones has made a career of caring for a demographic that hasn’t always had allies: prisoners. And that’s why I was happy to get him on “Renaissance Man” during this year of seemingly unprecedented political engagement. Alongside Jay-Z, Robert Kraft and Meek Mill, Jones is a partner in the Reform Alliance, which aims to change probation and parole laws and reduce the number of people in the criminal justice system. He is a contributor to CNN and hosted the network’s eight-part series “The Redemption Project with Van Jones.”

Jones joked that people think he arrived on CNN fully formed, but he has a wonderful origin story. His father went into the military to get himself out of poverty, put himself through Lane College in Tennessee, where he married the college president’s daughter, Jones’ mother. And one generation later, Jones graduated from Yale Law School at 24.

“I’ve been working on criminal justice issues, that kind of stuff, police reform, juvenile justice for almost 30 years. And as a result, you know, I know my soul is rested, man. You could have run the credits on my family’s story when I walked off that stage at Yale Law School. I’m ninth-generation American. I’m the first one of my family that was born with all my rights recognized by this government.”

As a political independent myself, I admire Jones’ willingness to swim in wide open waters. While he does have to work within the political framework, he doesn’t subscribe to only one party to accomplish his mission. And what he has to say, might shock people who treat their political parties as cults. As he noted, in the early 2000s, he fought to close youth prisons in California, which is run by Democrats.

“Bipartisanship in California is Democrats plus the Green Party,” he noted.

Having that mentality means you are taking heat from both sides, but he considers the source when he’s getting flak.

“Whenever I get criticized on Twitter or whatever, I would say to myself, ‘Whoever this is criticizing me on Twitter, I know one thing about them. They are not in federal prison, so that’s not my constituency, so I can sleep well.’ “

Now, he isn’t that brave. He totally copped out when I asked him his favorite Jay-Z album. “You can’t make me pick,” he said.

At the end of our conversation, he dropped some grandma level of wisdom. I wanted to know which podcasts he listens to, and he said podcasts featuring people with whom he disagrees, like Newt Gingrich’s “Newt’s World.”

“Your greatest strength doesn’t come from inside your own circle. That’s your greatest comfort,” he said, adding that growth comes from uncomfortable spaces.

It’s a sentiment so worthy, I might have to cross-stitch that on a pillow.