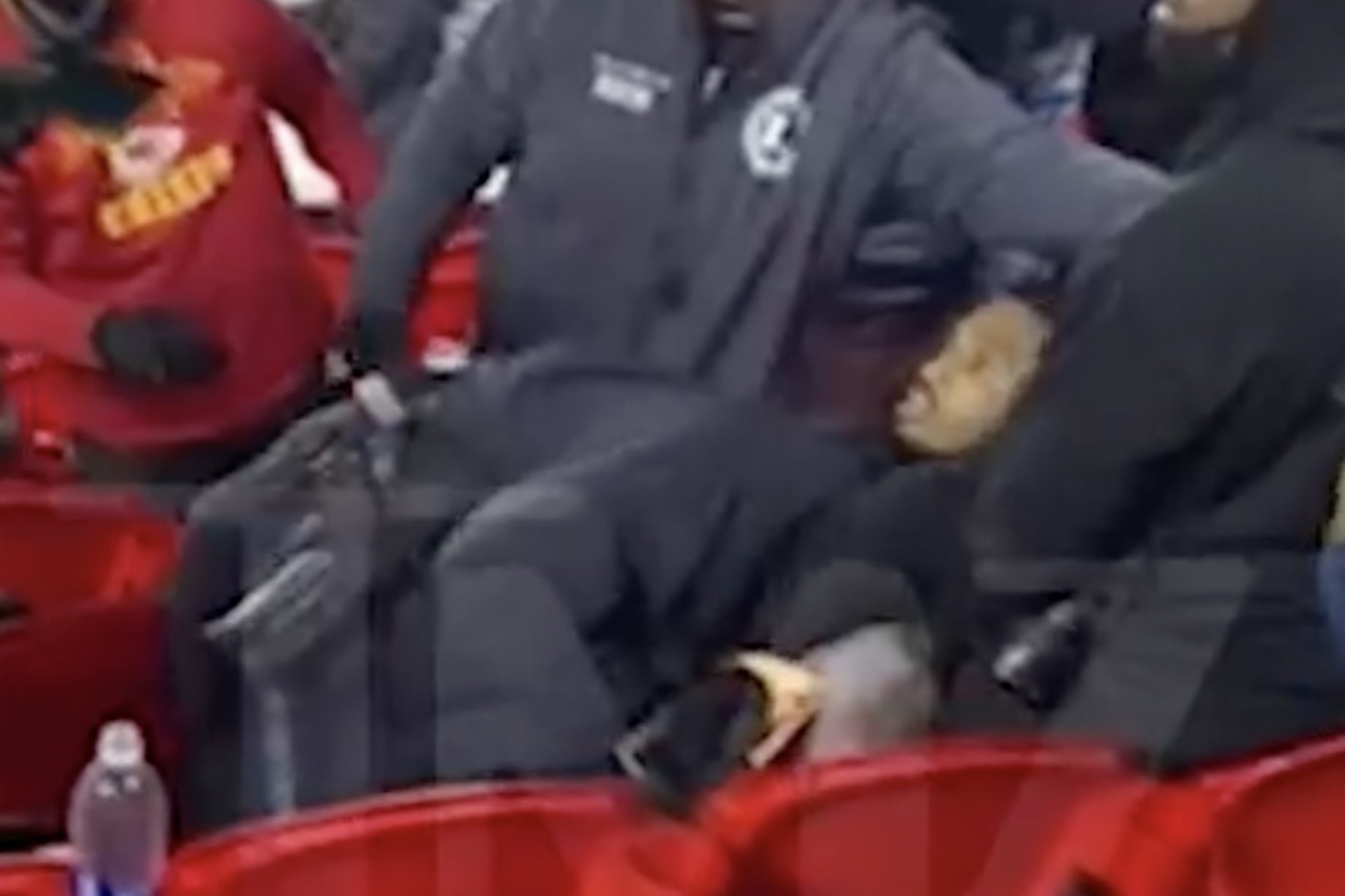 Singer Trey Songz was arrested late Sunday after a wild caught-on-camera brawl with a cop as the Kansas City Chiefs won their spot in the Super Bowl, according to a report.

Footage obtained by TMZ appears to show the “Na Na” singer initially slouched in his seat at Arrowhead Stadium as an officer leans over from in front of him and struggles to detain him.

Songz — real name Tremaine Aldon Neverson — then appears to land at least one blow to the officer’s head, before putting him in a headlock.

“Trey! Don’t do it, man,” at least one of the singer’s entourage can be heard telling the star, who was eventually cuffed as security and sheriff’s deputies arrived to back up the officer.

Songz was arrested for trespassing, resisting arrest — both misdemeanors — and for assaulting a police officer, a low-grade felony, sources told TMZ.

He was put on a 24-hour hold and will likely be released late Monday, the outlet said.

Songz was put on a 24-hour hold and will likely be released late Monday.TMZ

His attorney, John O’Connor, confirmed the arrest to the Kansas City Star, but declined further comment because he had yet to talk to prosecutors.

The investigation is being handled by the Jackson County Sheriff’s Office, and a spokesman confirmed to the paper that Songz was still in custody Monday at the Jackson County Detention Center. No charges had been filed as of Monday morning.

Onlookers told TMZ that the confrontation started when the singer was heckled by other football fans, and the officer “went after him” after he asked them to stop.

At least one apparent stranger can be heard in the clip insisting that the singer “didn’t do nothing wrong,” as another said the officer picked on him “for nothing.”

Before the incident, the singer had posted a video to Instagram of him getting on a private jet.

“Quic flight Bae I be right bac…dogs on the way home and chef pullin up at 8. Pull that steak out the freezer boo boo,” he wrote.

After news of the alleged arrest hit, one fan responded, “Y’all better put that steak in the fridge 😭😭😭😭”

The singer has had previous brushes with the law — reaching a plea deal in 2017 on a charge of assaulting a police officer at a concert in Detroit.

He was also arrested in 2018 on a domestic felony assault charge — which was later dropped — and came under fire last month when hundreds of fans packed into an Ohio show in “egregious violations” of coronavirus health codes.

Trey Songz was arrested for getting into a fight with a cop on January 24, 2021.Michael Kovac/Getty Images for MCM