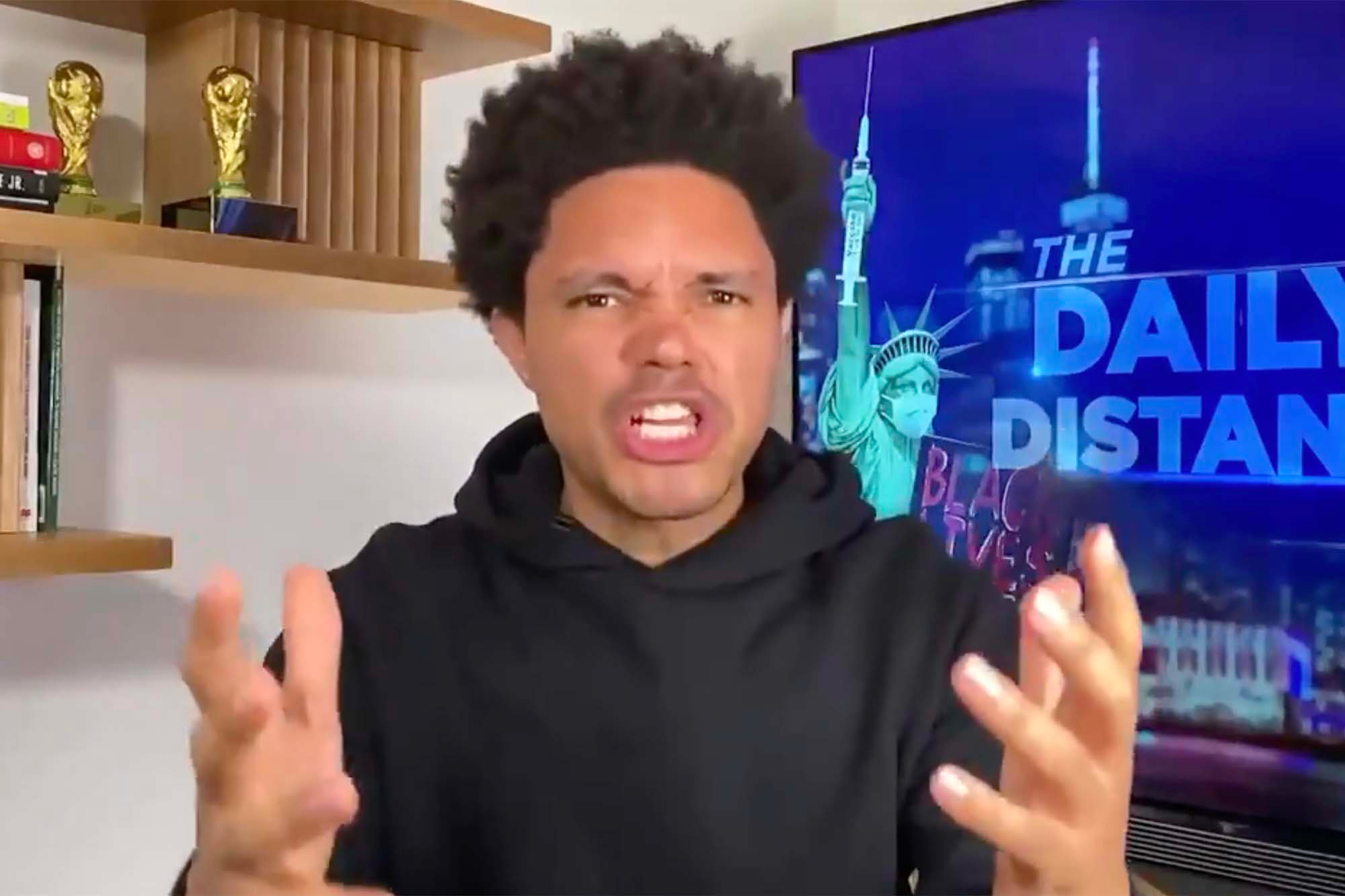 No one is laughing at “The Daily Show” host Trevor Noah — who is being ripped for suggesting that Israel should limit the intensity of its response to rocket attacks by Hamas.

“Israel has one of the most powerful militaries in the world,” Noah said Tuesday. “They could crush Gaza like that … and I know, I know that this is contentious, and I know that people are gonna hate me for this, but I just want to ask an honest question: If you’re in a fight where the other person cannot beat you, how hard should you retaliate when they try to hurt you?”

Noah then compared the deadly conflict to a scrap between himself and his little brother.

“As a person who has immensely more power, I had to ask myself whether my response to this child was just or necessary,” he said. “Could I find different ways to deal with this? Whether I felt aggrieved or not, or whether they were fighting fair, was almost irrelevant.”

Noah’s remarks and ill-chosen analogy led to a flood of criticism.

“Just so we have this straight: A country should accept a terrorist group launching deadly rockets at its civilian population because a comedian thinks that the terror group won’t win?” former New York Times opinion editor and writer Bari Weiss asked on Substack.

“If there was no Iron Dome, and more Israelis were killed by Hamas, would it be okay with the Noted Military Strategist Trevor Noah for Israel to … try to stop the rocket attacks? How many dead Israelis are necessary for a response to be OK?”

“It’s early but that’s going to be hard to beat for dumbest remark of the day,” Washington Examiner Executive Editor Seth Mandel tweeted Wednesday in response to Noah’s remark.

American Jewish Committee CEO David Harris took Noah to task in an open letter published by The Times of Israel, accusing the South Africa-born comedian of viewing the conflict “from the perspective of power ratios” and “simplistically suggesting the side with the higher number [of casualties] is somehow automatically granted victim status.”

“Sorry, but your younger siblings were not plotting murder and wreaking societal havoc,” Harris wrote. “You’re ignoring the true nature of Hamas, the fact that it’s been firing 1000s of missiles over the years, building cross-border terror tunnels, kidnapping Israelis, and foregoing development in Gaza to focus on damaging Israel.

“You’re downplaying the trauma of millions of Israelis rushing to bomb shelters, caring for the elderly and disabled, and comforting traumatized children,” Harris continued, “as rockets fly overhead today and could strike anywhere, even with the Iron Dome anti-missile system in place.”

Trever Noah wasn’t so keen on proportionate force when he was justifying the South African police killing 34 miners https://t.co/sjyChLnrGf— Lahav Harkov (@LahavHarkov) May 13, 2021

“Tear gas is a waste of time,” Noah says in the clip. “Which strike has ever ended because of tear gas? Where have you ever heard that on the news? ‘And after the police deployed the tear gas, everybody went home’ — no, it doesn’t happen.”

No one is laughing at “The Daily Show” host Trevor Noah’s remarks about the Israel-Hamas conflict. AP Photo/Chris Pizzello

“Trever Noah wasn’t so keen on proportionate force when he was justifying the South African police killing 34 miners,” Harkov noted.

Reps at ViacomCBS, the parent company of Comedy Central, did not immediately respond to requests for comment.