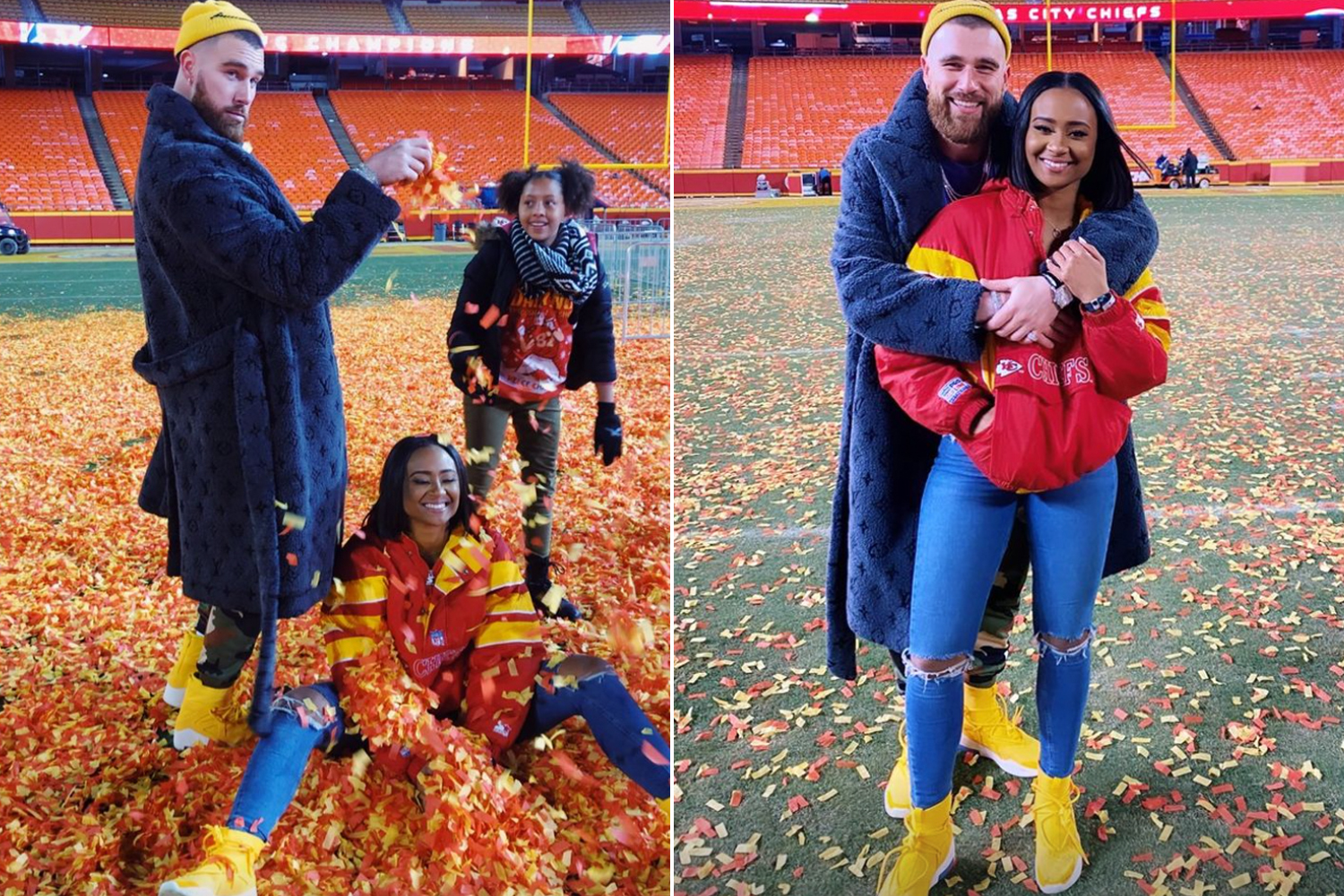 On Tuesday, the girlfriend of the Kansas City Chiefs tight end shared a collection of photos leading up to last year’s Super Bowl win against the San Francisco 49ers.

In the shots, Kayla — an on-air host and model — is seen playing in the red and gold confetti following the Chiefs’ AFC Championship win over the Tennessee Titans in January 2020. Kelce, a six-time Pro Bowler, later joined in the fun.

“Woke up next to an AFC champ this morning!!!” Kayla gushed on Instagram at the time.

“Few things more satisfying than watching the man you love achieve his dreams. Trav, (you’re sitting next to me so don’t make this weird lol) – your dedication, resilience and heart for this game is unmatched. You are truly reaping the fruit of your labor and I’m just thankful I get to witness. I dream bigger because of you baby. One step closer!” she continued.

Kayla and Kelce, 31, were first linked in 2017. Though they split over the summer, Kelce confirmed in December the pair was back on.

The Chiefs will face Tom Brady and the Tampa Bay Buccaneers in Super Bowl 2021 on Sunday night at Raymond James Stadium.