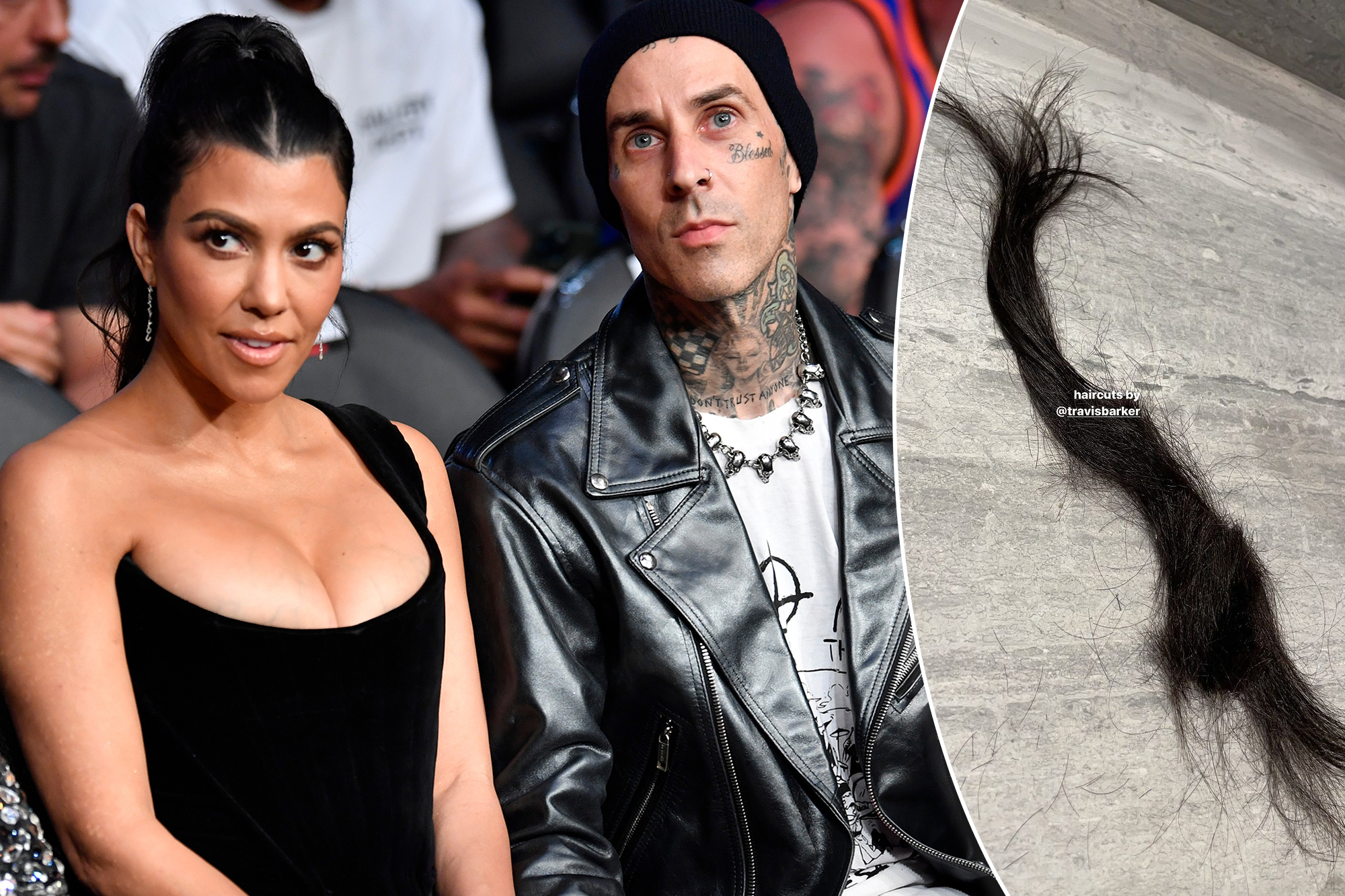 The Blink-182 drummer tried his hand at a more involved hair makeover on Thursday, chopping off what appeared to be a considerable length of girlfriend Kourtney Kardashian’s brunette locks.

“Haircuts by @travisbarker,” the Poosh founder wrote on Instagram Stories, snapping a photo of her shorn tresses on the floor.

Although she’s yet to share the final look, based on the size of the pile, the transformation was no small snip.

While the star has experimented with shorter styles over the years, she’s been wearing her hair longer in recent months.

Barker, 45, has braided her waist-length waves on multiple occasions, with Kardashian, 42, proudly showing off his hairstyling handiwork on Instagram.

Kourtney Kardashian has rocked waist-length hair of late, allowing her boyfriend to perfect his braiding skills.Instagram

Although Kardashian seems reluctant to admit it, many believe her new man is influencing more than her mane. She’s been gravitating towards noticeably edgier looks since they began dating in January, including one particularly NSFW shirt.

She’s even been sinking her teeth into new accessories of late, making diamond fangs a date-night go-to — months after Barker quipped on Instagram, “Dogs never bite me. Just humans.”

The couple’s red-hot romance seems to be getting serious, with engagement rumors swirling after Kardashian sported bridal Minnie Mouse ears at Disneyland.

While sources confirmed to Page Six that the two aren’t yet engaged, that hasn’t slowed down their propensity for PDA. The superstar couple are frequently seen locking lips in public, whether Kardashian’s straddling Barker in the studio or stealing a smooch at a UFC match.

Now, in addition to kissing her beau, it seems she’s kissed her long hair goodbye.