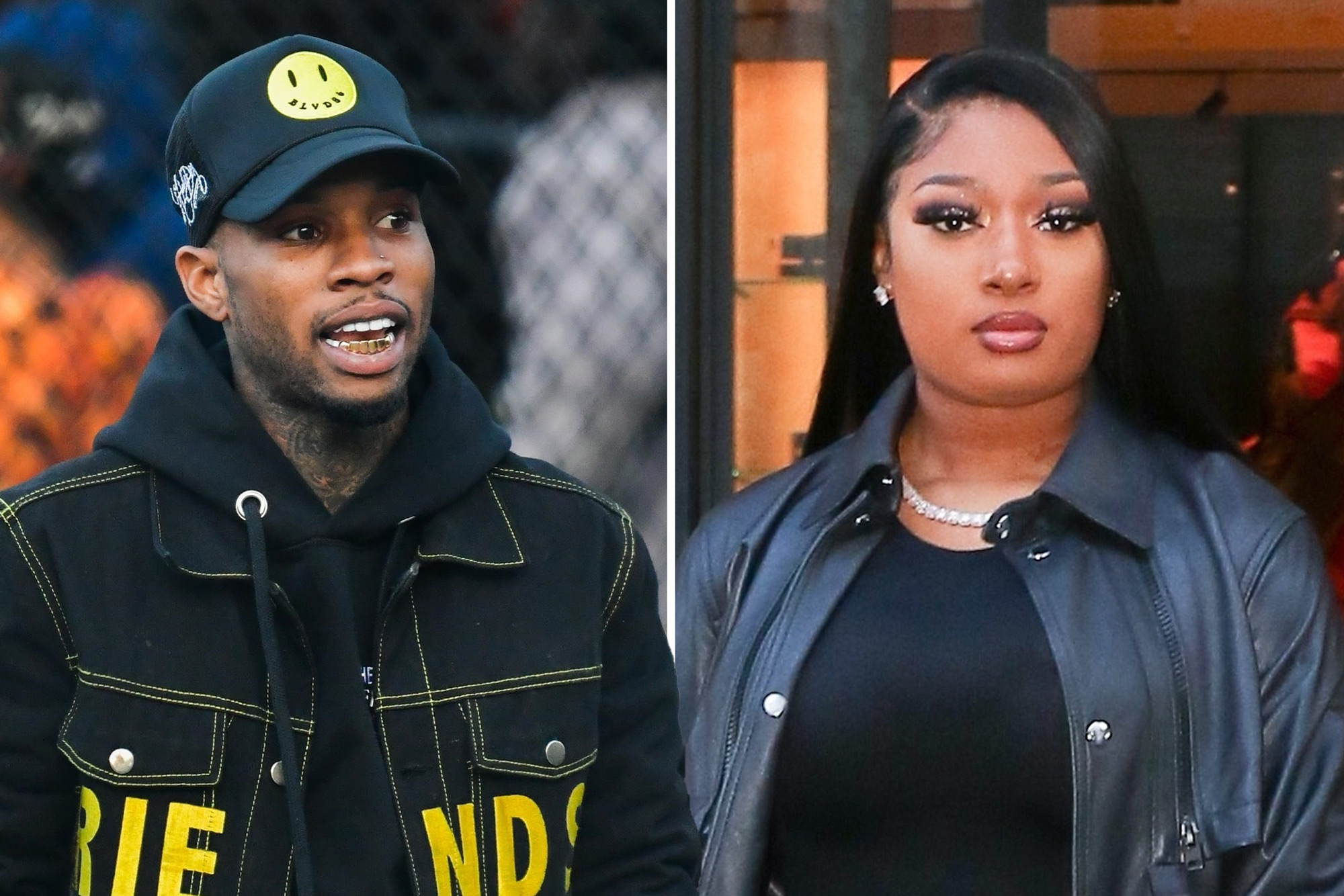 The “Luv” singer filed a motion on Tuesday seeking to amend the terms of a protective order that is keeping him from publicly commenting on his ongoing case with Megan Thee Stallion.

In court documents provided to Page Six, Lanez’s legal team claims the current order — issued on Nov. 18 — is “significantly prejudicial” to the 28-year-old and “jeopardizes his right to a fair and judicial proceeding.”

Megan, 25, is not subject to the terms of the protective court order in contrast to Lanez.

Because of this, Lanez’s lawyers have highlighted in the new motion how vocal she has been about the case on social media.

Earlier this month, the “Body” rapper appeared to slam Lanez, whose real name is Daystar Peterson, on Twitter after inaccurate reports claiming the charges against him had been dropped were released online.

“Bitch you shot me AND MY STORY NOT CHANGING AND B—H YOU GOING TO JAIL,” she tweeted.

Megan also previously called out Lanez over the summer, nearly a month after the alleged shooting incident took place.

“Yes, this n—a Tory shot me,” she alleged on Instagram Live. “You shot me, and you got your publicist and your people going to these blogs lyin’ and s–t. Stop lyin’. Why lie?”

“In contrast to Mr. Peterson’s silence, Megan [Pete] authored and posted six tweets to her 5.6 million twitter followers in quick succession,” Lanez’s lawyers said in the motion on Tuesday, adding that the current order has prohibited the “Say It” rapper from commenting on the “inflammatory statements.”

Prior to the protective order, Lanez maintained his innocence on social media and in his music.

In September, he also dropped a new song titled, “Money Over Fallouts,” in which he sang, “How the f–k you get shot in your foot, don’t hit no bones or tendons?”

A source told Page Six that Lanez’s team wants the protective order lifted to “be able to freely discuss what his lawyer [has been] given.”

According to court documents, Lanez’s attorneys claim there is new evidence that support the rapper’s innocence and allegedly “contradicts” Megan’s statements.

“This evidence — including gunshot residue implicating others- is mitigating, if not exculpatory, and casts serious doubt on the claims made by Megan [Pete],” the documents state. “In addition to the scientific evidence, the People are aware, witnesses who observed the alleged events also provide information that implicates others.”

In November, Lanez pleaded not guilty to one felony count each of assault with a semiautomatic firearm and carrying a loaded, unregistered firearm in a vehicle. He faces up to 22 years and eight months in prison if convicted. A court hearing is scheduled for Feb. 25.

Megan’s attorney Alex Spiro exclusively told Page Six on Tuesday, “Did the motion fail to mention that there was gunshot residue on his hands or that he texted her ‘Sorry’? I haven’t had a chance to read it.”

Lanez’s rep did not immediately return our request for comment.