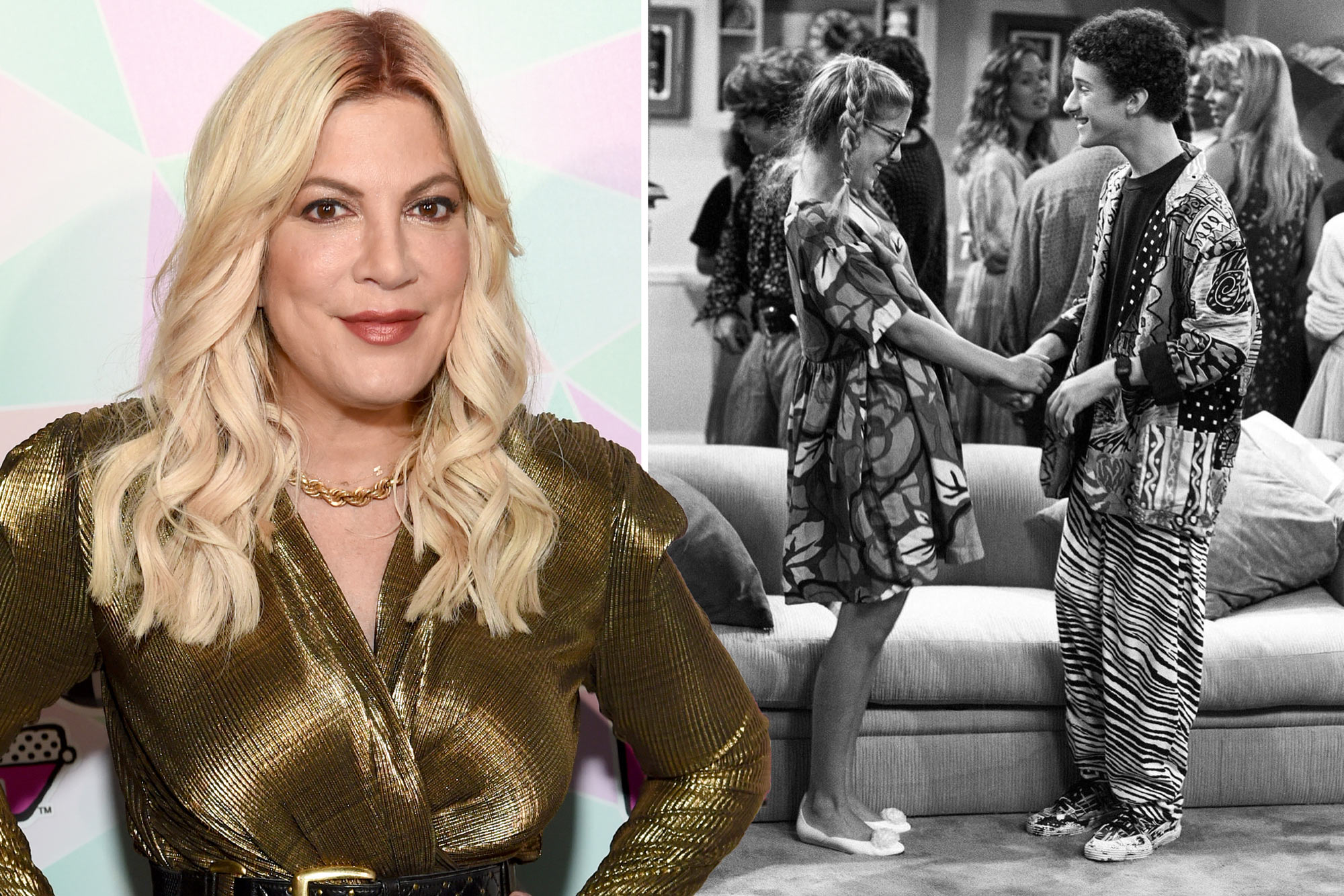 Tori Spelling posted a touching tribute to her first on-screen love, Dustin Diamond, after he passed away from stage 4 cancer on Monday.

The “Beverly Hills, 90210” actress starred opposite Diamond in “Saved by the Bell” in 1990 as Screech’s girlfriend, Violet Bickerstaff.

“My 1st onscreen love Dustin Diamond got his angel wings today,” Spelling, 47, began a lengthy caption alongside a photo of the pair on the series. “Before there was David and Donna there was Screech and Violet. Dustin was my first on-screen kiss.”

“He welcomed me with open arms onto the set of ‘Saved By the Bell,’” she continued. “As one can imagine being the newbie on a hit show was overwhelming for a 14-year-old girl.

“He not only showed me around but made sure I was always ok. Such a young gentleman. He was kind, smart, and always making everyone laugh.”

Tori Spelling and Dustin Diamond acted together in “Saved by the Bell” as Violet and Screech.Getty Images ; NBC

She added that Diamond was a great scene partner and a really good guy, but the pair didn’t really keep in touch, occasionally running into each other at events.

“I’m glad he’s out of pain,” she concluded. “He’s an icon to me professionally and personally. RIP Samuel love, your Violet.”

Diamond died at age 44 just weeks after being diagnosed with cancer.