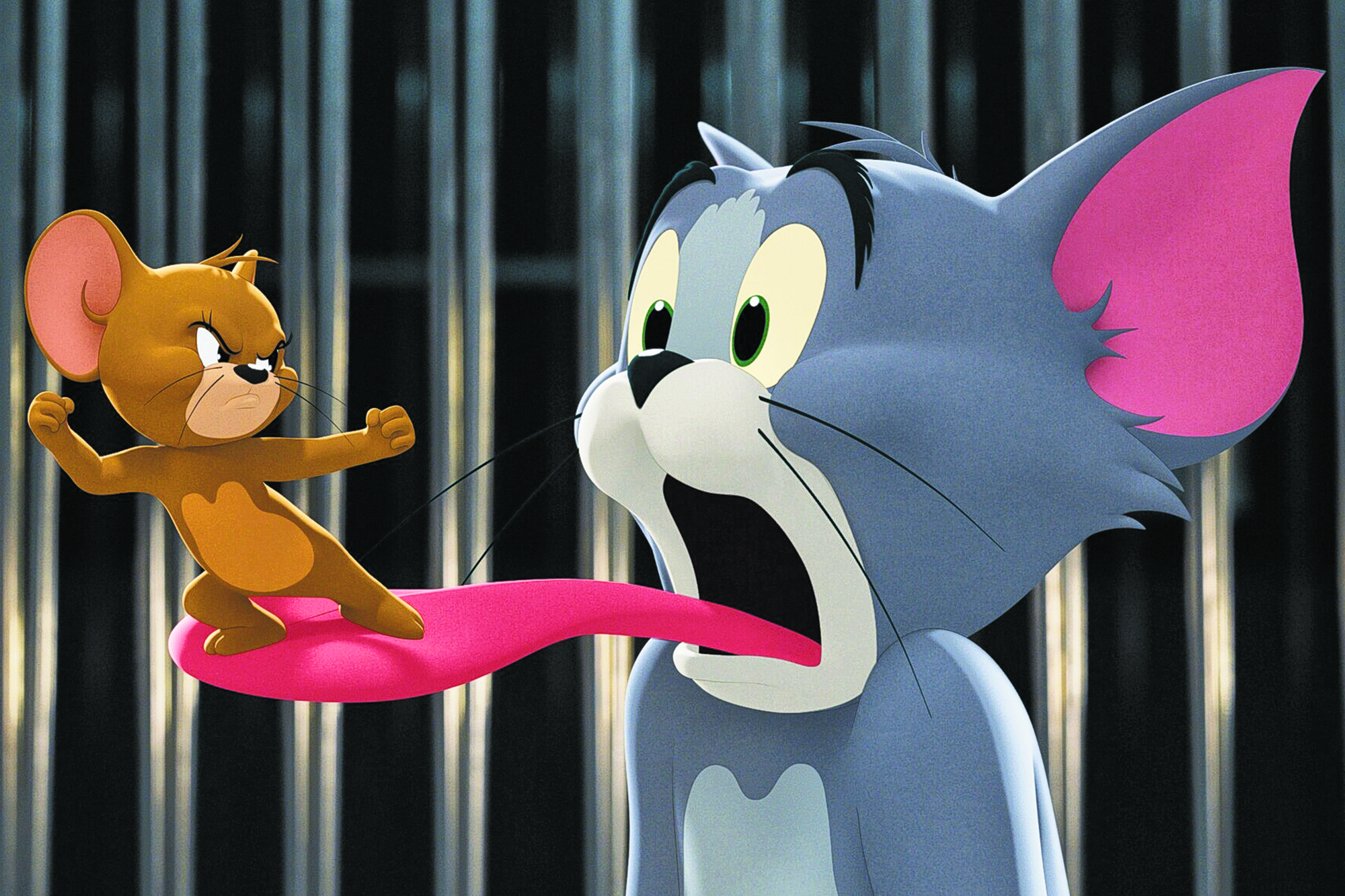 It’s not easy emoting to a tennis ball.

But in this era of computer-generated wizardry, actors are often forced to shoot their scenes opposite a character that doesn’t yet exist — an alien, a talking animal or a dragon, frequently represented by a tennis ball on a pole or some other impersonal object.

Tim Story, director of “Tom & Jerry: The Movie,” was determined not to do that when it came to his furry leads. The new comedy combines animation and live action and debuts in theaters and on HBO Max Friday.

Story wanted to provide something physical as stand-ins for his actors to work with.

“We tried every type of idea,” Story told The Post. “We were going to put iPads on the ground with another actor [in video] on the other end — maybe a mime.”

Then the production team figured: Why not use puppets?

“Tom and Jerry: The Movie” used a mix of puppets and CGI to bring the beloved cartoon characters to life.©Warner Bros/Courtesy Everett Collection

In this film, Tom and Jerry – the mischievous cat and mouse who have been battling one another since 1940 – move the chaotic action to a luxury New York City hotel that is preparing for a lavish wedding.

Much of the film was shot on a UK soundstage, with Chloë Grace Moretz playing a harried event planner alongside polyethylene foam puppets standing in for the cast of cartoon characters.

Six puppeteers were on hand to operate the animals during production.

“Chloë would joke with me that she grew up as a child actor, so she often had to act by herself mostly anyway,” Story said, referring to the way adult stars would often clear out when it was time to film her reaction shots.

Even though she was used to acting alone, the puppets proved useful.

“There’s a spontaneity, as opposed to trying to navigate this completely on your own,” the director said. “You have another performer giving you movement. It became a great tool.”

Chloe Grace Moretz stars as an event planner whose world is disrupted by the mischievous pair.©Warner Bros/Courtesy Everett Collection

The Tom model was built to the height the animated cat would appear as in the film, so having a full-size stand-in aided the filmmakers with framing and ultimately helped the animators with lighting and other cues.

One of the thrills of hybrid films, such as 1988’s “Who Framed Roger Rabbit” and 1996’s “Space Jam,” is watching cartoons interact with the real world.

“There’s always this rule within hybrid films that you want to be able to get the interaction between the physical set and animation because it makes it look more real,” Story said.

For “Tom & Jerry,” that effect was accomplished, in part, with tried-and-true techniques.

The action for a scene was roughly mapped out, then footage was shot anticipating the animated action that was to be added in later.

“For example, we’d come up with, if Tom jumps on a table, does he knock something over or does the table move a little or something?,” Story said. “Then sometimes it’s as simple as putting some fishing line on an object and moving it.”

Actor Michael Pena (left) and director Tim Story (center), looking at some of the characters on set.©Warner Bros/Courtesy Everett Collection

But CGI has made this process much simpler than it used to be.

In the old days, animators would hand draw their characters, taking pains to match the toons’ movements with the live action that was already captured.

As for today’s process, “what’s different about this is the speed at which we could do it,” Story said. With hand-drawing, which was used in “Who Framed Roger Rabbit,” “once they had the cut of what they wanted to do, they had to stick to it. Today, we go through a regular CGI workflow.”

That workflow allows for more tweaking and flexibility.

“In one scene, Jerry is showing a ring that he’s taken to [Moretz’s character], and at one point I wanted him to bounce it like a basketball,” Story said. “The animators could put that in, whereas in the past, an idea as simple as that becomes a problem.”