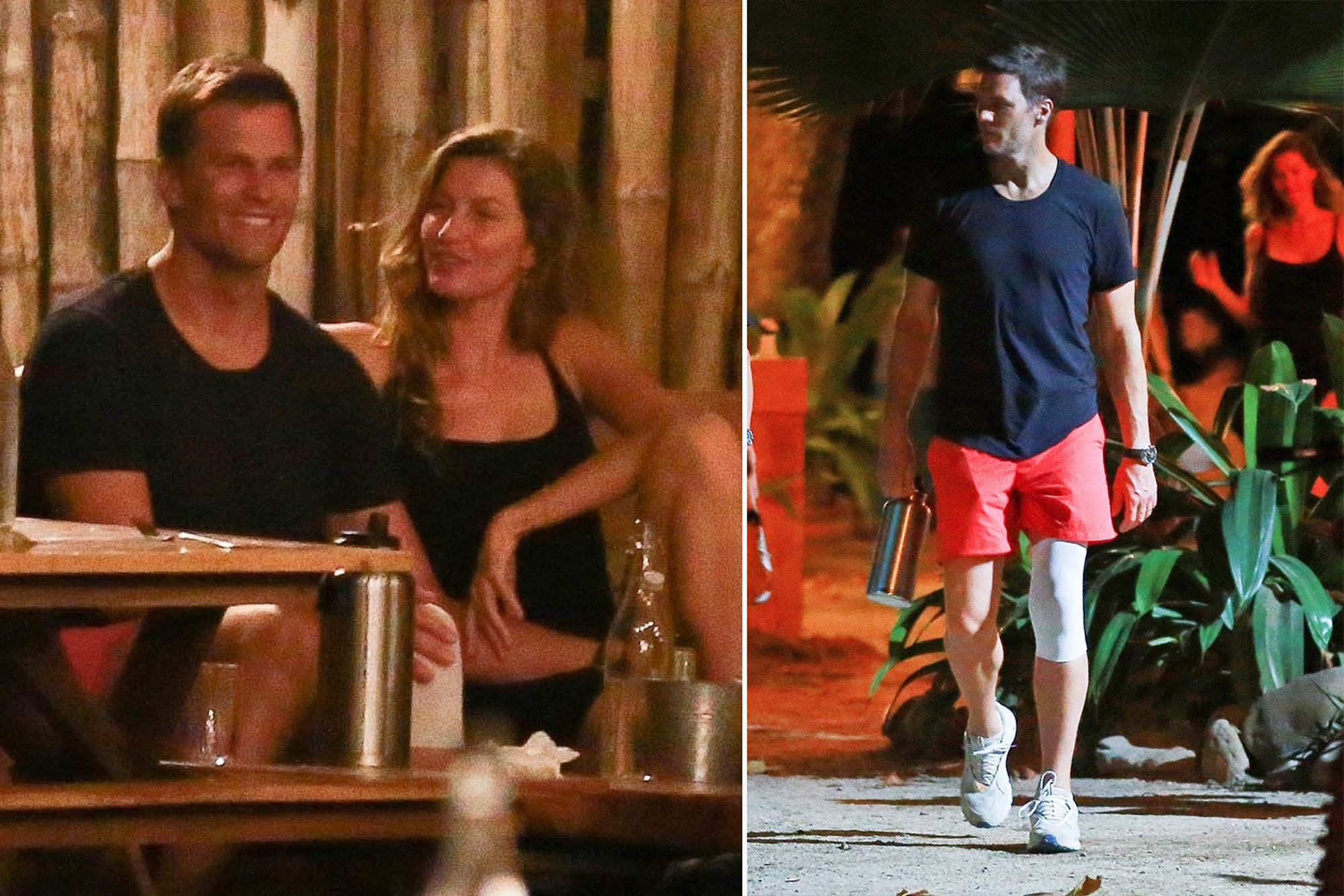 Super Bowl champ Tom Brady has something new to celebrate.

The Tampa Bay Buccaneers quarterback, 43, seemed to be on the mend in Costa Rica with his wife, Gisele Bündchen, and their children, after undergoing knee surgery for an unspecified condition.

A bandage was seen around his knee as he walked around the tropical atmosphere, but he looked in good spirits — truly, a touchdown.

The couple laughed and chatted during an outdoor dinner and kept it casual for the occasion, with the supermodel, 40, sporting a black maxi dress and Brady wearing a T-shirt and shorts.

The couple shares Benjamin, 10, and Vivian, 8, together and Brady shares a son, 13-year-old Jack, with his ex-girlfriend, Bridget Moynahan.

Brady recently underwent knee surgery, he revealed earlier this month on “The Late Late Show with James Corden.” He remained mum on most of the details, but it looks like he’s just fine now.

“I’m kind of rehabbing now, which is giving me something to do, although I’d much rather be kind of staying active like I normally do,” he said.

During the same interview, he revealed that when the Super Bowl ended, Bündchen hugged him and said, “What more do you have to prove?”

Tom Brady and Gisele Bündchen’s children accompanied them on the trip.BACKGRID

Good thing Brady is enjoying his rest and relaxation now, as he’ll have to start getting ready to play out his new contract with the Buccaneers soon.