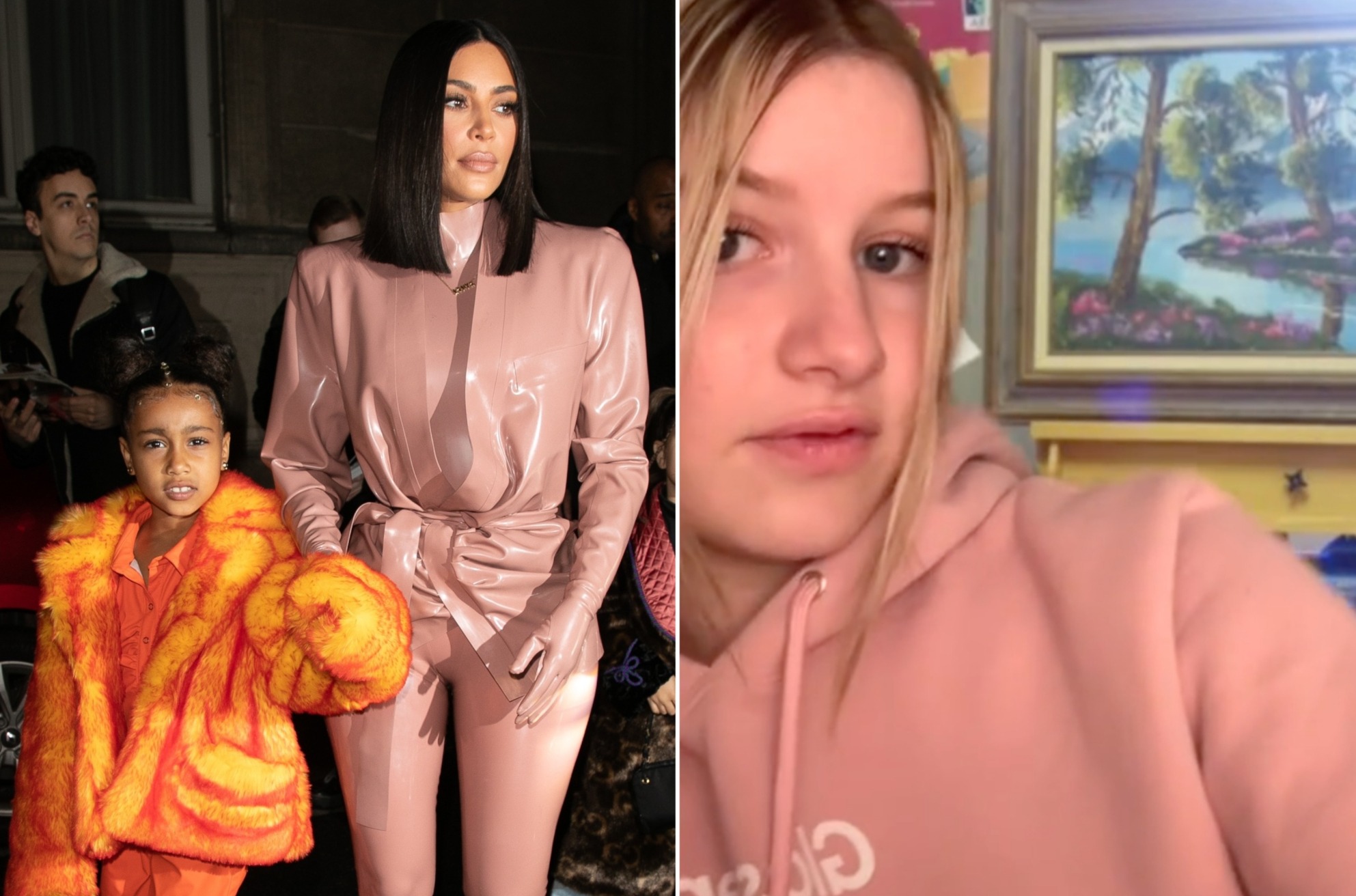 Has Jerry Saltz weighed in on this yet?

Regardless, TikTok user Camryn Fred took to the popular social media app Tuesday to prove that North West did indeed paint an impressive Bob Ross-style work under the instruction of Fred’s mother, an art teacher.

The brief clip begins with Fred saying she never thought she’d have to speak up on behalf of Kim Kardashian and North, 7, but felt that it was necessary considering the backlash the family has received.

She went on to share screenshots of herself at seven years old, standing beside the same painting Kardashian shared.

“My mom taught me how to do this, and she taught North how to do the same one two weeks ago. She’s been an art teacher for 30 years, and everyone who comes to her classes goes through this exact same painting when they’re starting out.”

She then shared a photo of her and her mother — North’s instructor — together.

The authenticity of North’s work was questioned within moments of Kardashian, 40, sharing it, with commenters refusing to believe the 2nd grader created the painting.

Kardashian doubled down in defense of her firstborn and was joined by BFF Tracy Romulus, who confirmed her own daughter took the same art class.

“Both girls are in art class together and learning oil painting techniques from an instructor,” Romulus explained in an Instagram Story. “They spend weeks at a time on a single painting and are incredibly proud of themselves once they complete a project.”