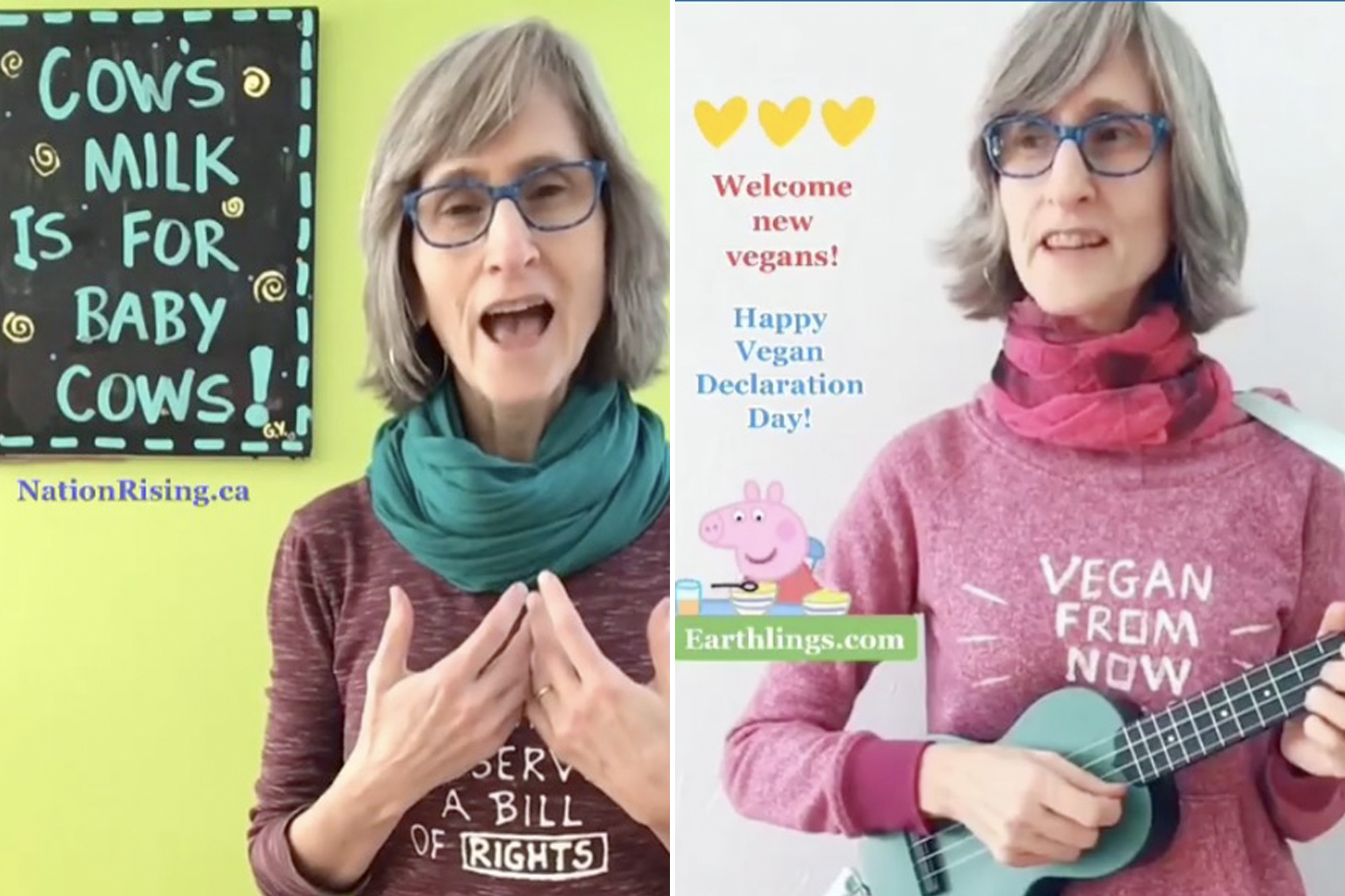 Kadie Karen Diekmeyer, better known by her handle “That Vegan Teacher,” amassed more than 1.7 million followers on TikTok — until this week.

As of Monday night, when you search her account on the popular video-streaming platform it says “page not found.” Her account was reportedly banned for “violating community guidelines” following the publication of a Change.org petition, which accuses her of using incendiary measures to force her views on the public.

Now she is challenging her audience to “rise up” in her defense.

“Many of you woke up this morning and found out that my account was banned on TikTok, and I know many of you are jumping for joy and thinking that this is a great victory,” Diekmeyer said in a video posted Tuesday titled “Censorship: Why Good People Must Rise Up And Speak Out,” that she posted to her YouTube account, which has over 31,000 followers.

“Somehow, it makes you smile to know that an animal rights activist is being silenced,” she added. The Twitterverse quickly took notice with a series of trending posts.

BREAKING NEWS THAT WILL MOST DEFINITELY CHANGE YOUR LIFE: That Vegan Teacher banned from TikTok. According to disclaimer on TikTok, she was banned due to multiple Community Guidelines violations. pic.twitter.com/1Y0hDX1ZKG— Def Noodles (@defnoodles) February 23, 2021

Diekmeyer goes on to deny a series of accusations in her latest video — claiming she never “stalked anyone,” nor “‘forced’ anyone to be vegan,” and “nobody ever got sick or ‘died’ because of me.” She also proclaims that “Veganphobia is real,” evidenced by the fact that people have allegedly “left dead animal body parts on my front steps. Eggs were thrown over my fence. Death threats were uttered. Groups of people tried to steal my dog, Bella.”

The Change.org petition, however, claims that Diekmeyer used her TikTok to make “blatantly racist, bigoted, discriminatory statements against anyone who doesn’t view veganism her way and her way alone,” and promote “multiple films that are dangerous to children,” calling her use of the platform “morally and ethically repugnant.”

The petition goes on to detail the ways in which her content allegedly violated community guidelines on the platform, and has over 20,000 signatures as of this writing. As its main image, it features a composite of That Vegan Teacher’s former TikTok profile page and a video screenshot of her speaking next to text reading “F – – ked-up religious freaks and why we should stay away from them.”

Diekmeyer’s Instagram, where she has 19,000 followers, is also currently live as of this writing. Rumors that she is going to jail appear to be unfounded.

Kadie Karen Diekmeyer, known as “That Vegan Teacher,” on social media, has been banned from TikTok.TikTok