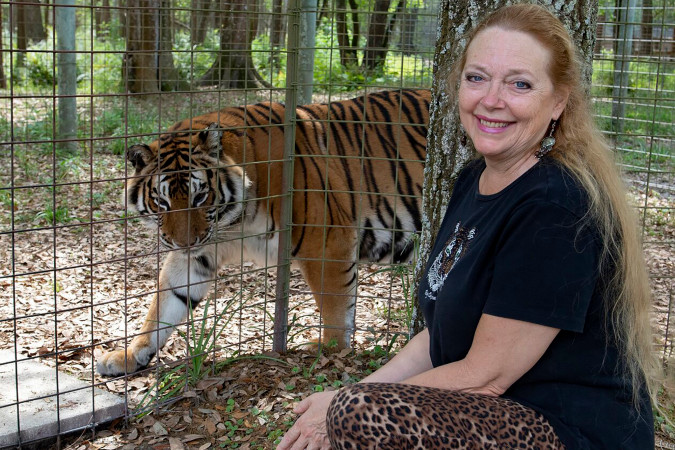 Move over Dogecoin! “Tiger King,” star Carole Baskin is getting into the crypto game with a cat-themed “alt coin.”

Her Big Cat Rescue has issued a new alt coin called $CAT, which she explained in a press release, “is not a currency for investment, but rather is a purr-ency of our fans to show their love for the cats.”

The coin, described as a “fan token,” will be used to purchase walks at the sanctuary, cat themed merchandise and access to conversations with Baskin and her crew.

“Future plans include a big cat metaverse for virtual visits with the cats. . . and NFTs which are launching in about two weeks,” says the enterprising release.

The coin is listed on Rally.IO at $7.90, but it is not an investment tool.

“I’m investigating crypto currencies because I am concerned about the volume of US dollars that are being printed and distributed with nothing to back them up,” Baskin adds.

“I like the idea of putting the power of money in the hands of the people, rather than banks and governments.”