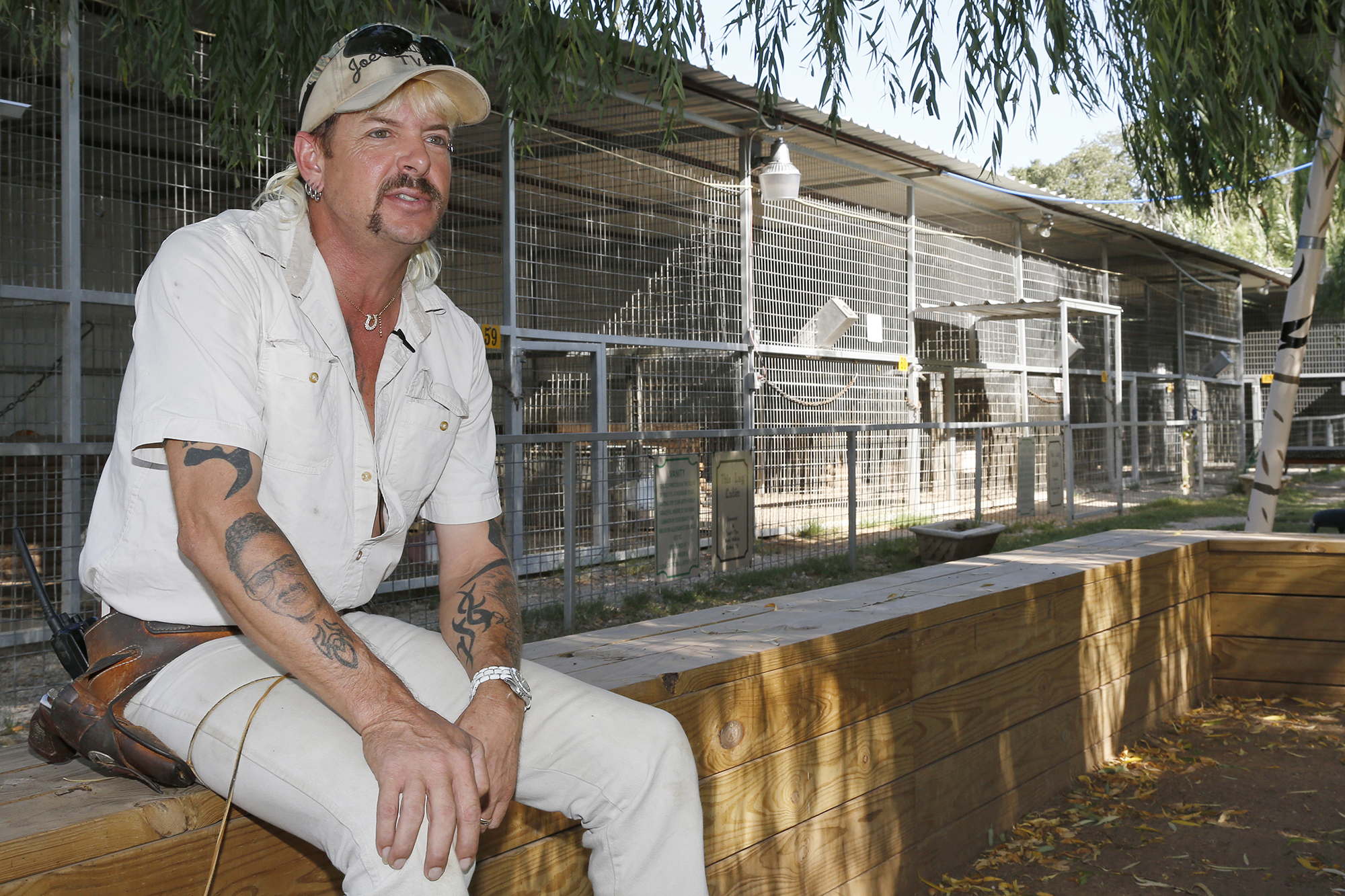 Joe Exotic has hired a legal team that once worked the missing-husband case of his key rival, Carole Baskin — and they plan to use unaired footage from “Tiger King” to push for a new trial.

Disappointed after failing to get a pardon from President Donald Trump, the reality star — whose real name is Joseph Maldonado-Passage — confirmed Tuesday that he had hired Phillips & Hunt.

The firm previously represented the family of Don Lewis, the missing husband of Baskin, who Maldonado-Passage has repeatedly said fed her ex to tigers at her Big Cat Rescue in 1997. The case is still open.

Baskin is also the reason he is in prison, serving 22 years in federal prison for his role in a failed murder-for-hire plot against her.

“We are honored to announce that Joe has retained our firm,” his new attorney, John Phillips, said Tuesday in a video shared by the official Joe Exotic Twitter page.

“We’re going to seek a new trial, and justice in the criminal and civil courts,” Philips said after flying to visit Maldonado-Passage at Fort Worth’s Federal Medical Center.

“Because we are committed to justice — and committed to Joe,” Philips said, insisting in a separate tweet, “This isn’t about tigers, television or tomfoolery, it’s about justice and evidence.”

Phillips told the Associated Press that his motion for a new trial would rely on footage — both aired and unaired — from “Tiger King” that was not presented during his initial trial.

“I became familiar with all things ‘Tiger King.’ For sure, I know there is material in there that will help him out,” Phillips said, without teasing possible revelations.

Joe Exotic’s legal team arrives in DC with hopes of getting a chance to see President Trump and receive a pardon for Exotic on May 19, 2020 in Washington, D.C. mpi34/MediaPunch/MediaPunch/IPx

“This isn’t our first rodeo, so to speak,” he told the AP.

Ammika Harris Breaks The Internet With This Photo In Which She Is Flaunting Red Lingerie
Vanessa Bryant Talks To People Magazine For Their Issue, ‘Women Changing The World’
Comment