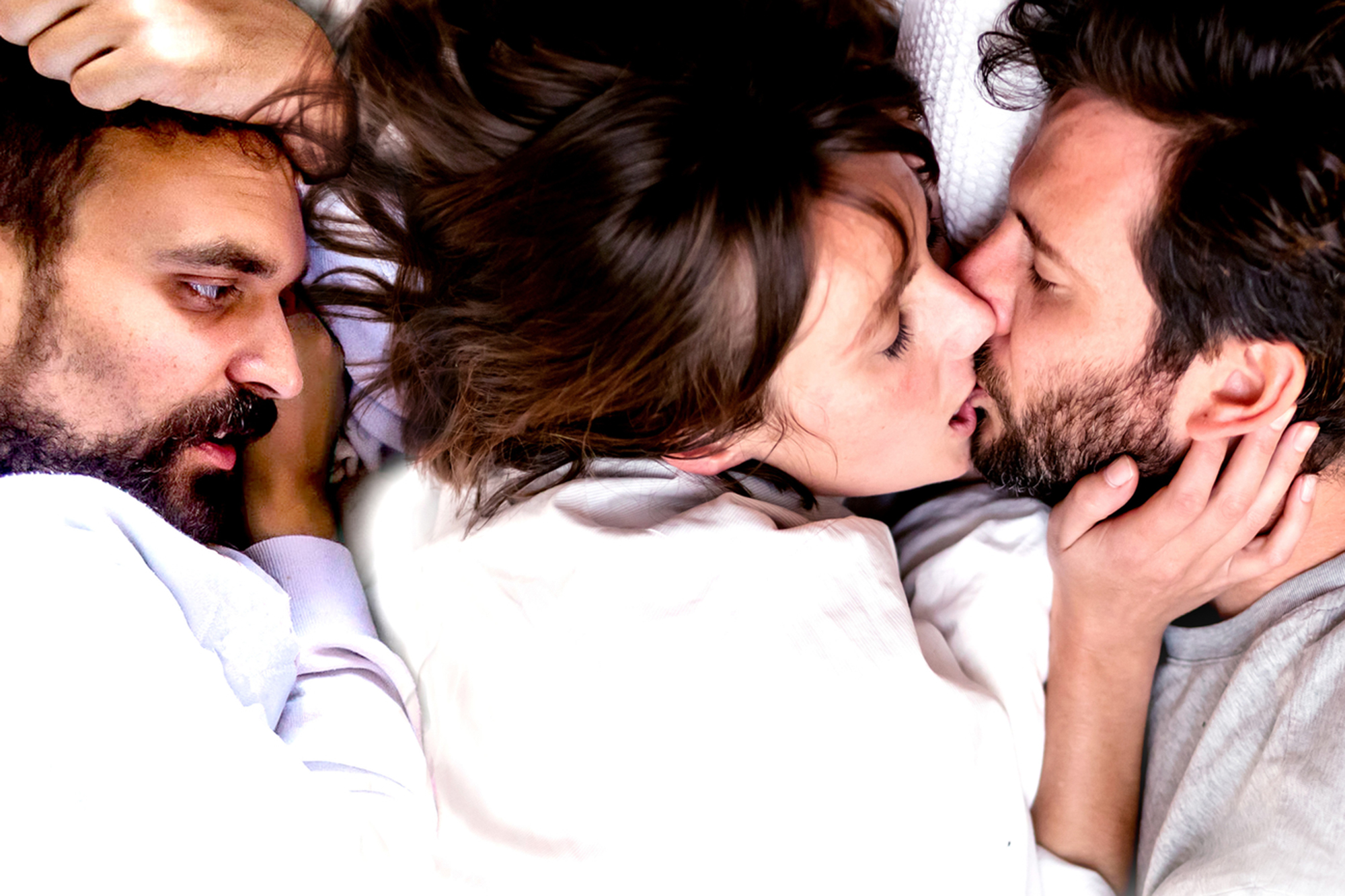 Before exchanging “I do’s”, there was something important Jan Oliver Lucks and fiancée Zoe felt they needed to do.

Have sex with other people and film it.

“Sex can be a performance or an act,” German-born, New Zealand-based documentarian Lucks, 37, told The Post.

“Depending on who your dance partner is, you change the way you act and dance.”

After dancing a duet as monogamous lovers for years, Lucks and Zoe agreed that they were curious about polyamory — a lifestyle that can be defined as sharing an intimate relationship with more than one romantic partner.

“Non-monogamy was something that we had on our minds before we started our relationship,” said Lucks, who directs and co-stars in the film. “We just hadn’t explored it.”

New Zealand filmmaker Jan Oliver Lucks and fiancée Zoe go on a polyamorous journey in HBO Max documentary “There Is No ‘I’ in Threesome.”Courtesy of HBO Max

According to the terms of their open relationship, both he and Zoe were free to engage in heterosexual or same-sex romantic encounters with others. They had to clearly communicate the details of their extra-relational rendezvous with each other beforehand and afterward.

Lucks and Zoe then had the option to add the other person as a third to their nontraditional fold.

“It brought out different aspects of our behavior in the bedroom. We were pushed into new territory,” said Lucks, who previously considered himself a “sexual underachiever” due to his lackluster love life in college.

“We would have an experience with someone else, and then bring it [or them] into our relationship and our bed afterwards,” he continued.

“It really enriched our sex life.”

No desire was deemed too taboo.

“It was so easy to become enamored with the attention and the excitement and the sex and the infatuation,” Lucks said.

The bride- and groom-to-be recorded their six-month exploration of polyamorous love.HBO Max/Warner Media

But as the saying goes: You can’t have your cake and eat it, too.

“Jealousy does arise,” Lucks said. “Suddenly, your partner needs you for less things. Now, there are other men [in her life] … There were certainly times when I would let things go further than I’d felt comfortable with, but I knew we were making a good film,” he added.

At one point, Lucks asked a clearly besotted Zoe if she’d be willing to end a burgeoning romance with one of her more enchanting dates. But Zoe was reluctant to walk away from the other lover.

“The film became quite crucial to my well-being,” he told The Post. “I leaned on it heavily in hard times. I knew I had to see this through.”

Despite the emotional turbulence Lucks endured during his foray into non-monogamy — not to mention the toll it took on his and Zoe’s relationship — he told The Post he’d do it all again.

“There was a lot of self-growth I experienced throughout the whole ordeal,” Lucks admitted.

And while his expedition into the world of open relationships and polyamory came at a surprising cost — The Post won’t spoil the twisty ending — Lucks appreciates the insight he gained into Zoe’s character before potentially walking down the aisle.

“We also learned a lot about each other, and found out how we worked as a couple. It was quite valuable, figuring it all out before marriage,” he said.