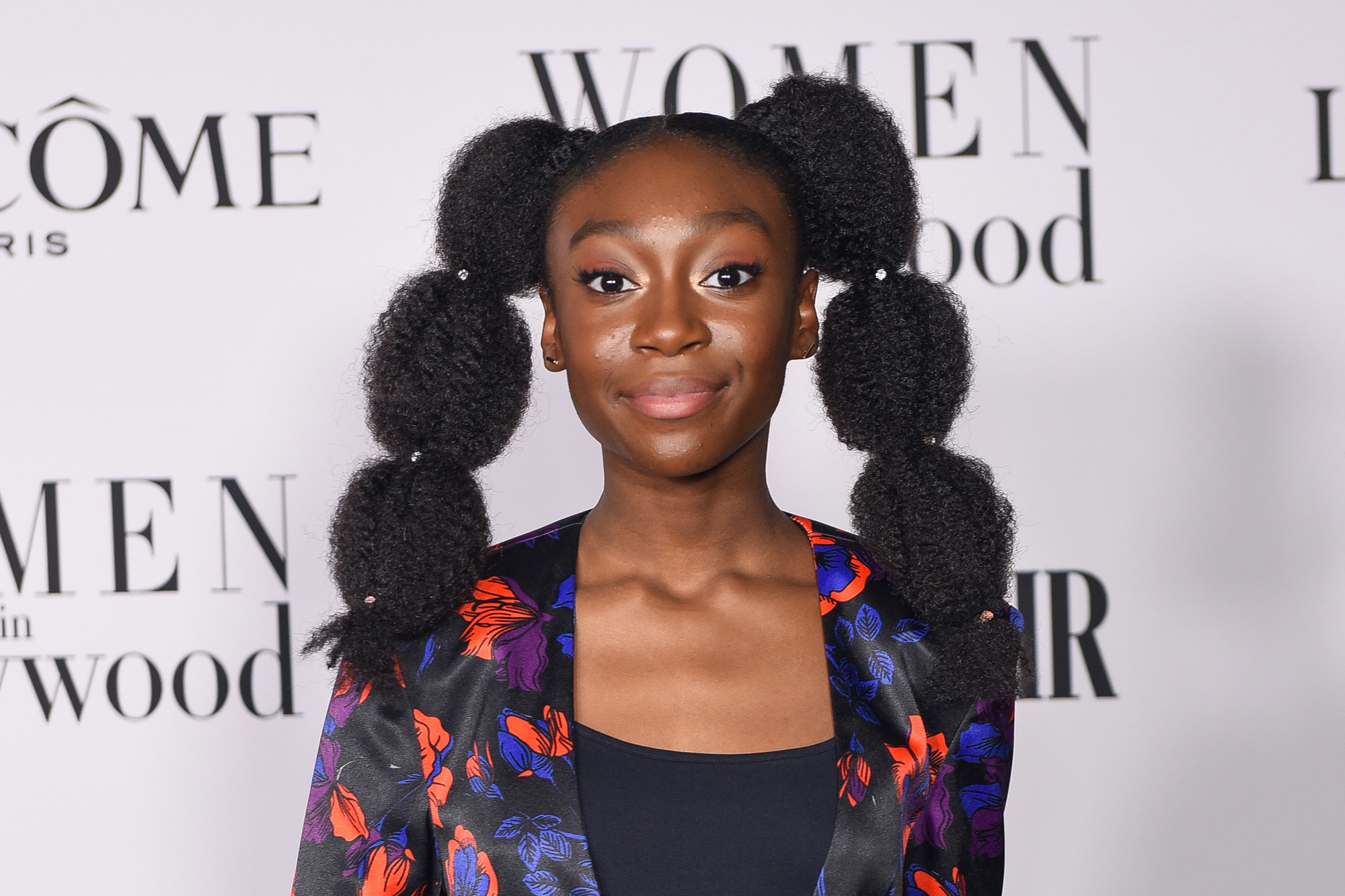 At just 15 years old, Shahadi Wright Joseph has already starred in Jordan Peele’s “Us,” voiced Young Nala in 2018’s “The Lion King” and appeared on Broadway.

But like any teenager, she’s still obsessed with Billie Eilish.

“I would love to raid [her] closet. She has the cutest clothes,” Joseph told Page Six Style of the “Bad Guy” hitmaker.

“I love all of her choices and I always feel like she looks amazing whenever she’s on a red carpet or is at an event. She has a lot of range when it comes to tomboy [style] and femininity.”

Joseph plays Ruby Lee Emory in Lena Waithe’s new horror anthology series “Them,” the first episode of which aired on Amazon Prime on April 9. And ahead of her role, the star doubled down on skincare to ensure she looked her best on camera.

“I use [custom skincare brand] Curology. Glossier is my favorite makeup brand,” she shared. “I use a lot of ColourPop as well, but I usually only wear concealer and moisturizer with blush and mascara. That’s usually my go-to for just going out.”

“I was doing a lot of protective styles in quarantine,” she added. “I also learned how to do my own box braids. I really did appreciate that time. I got to learn more about what really helps me and my own personal beauty routine, so that was really great.”

Joseph has big ambitions; she dreams of playing Dionne in a remake of “Clueless,” and has her sights set on winning an Oscar or even a Tony after starring in “Hairspray Live!” in 2016. She’s also looking toward higher education.

“My top schools right now are Yale, Howard and Spelman. I would major in theater and film,” she told us.