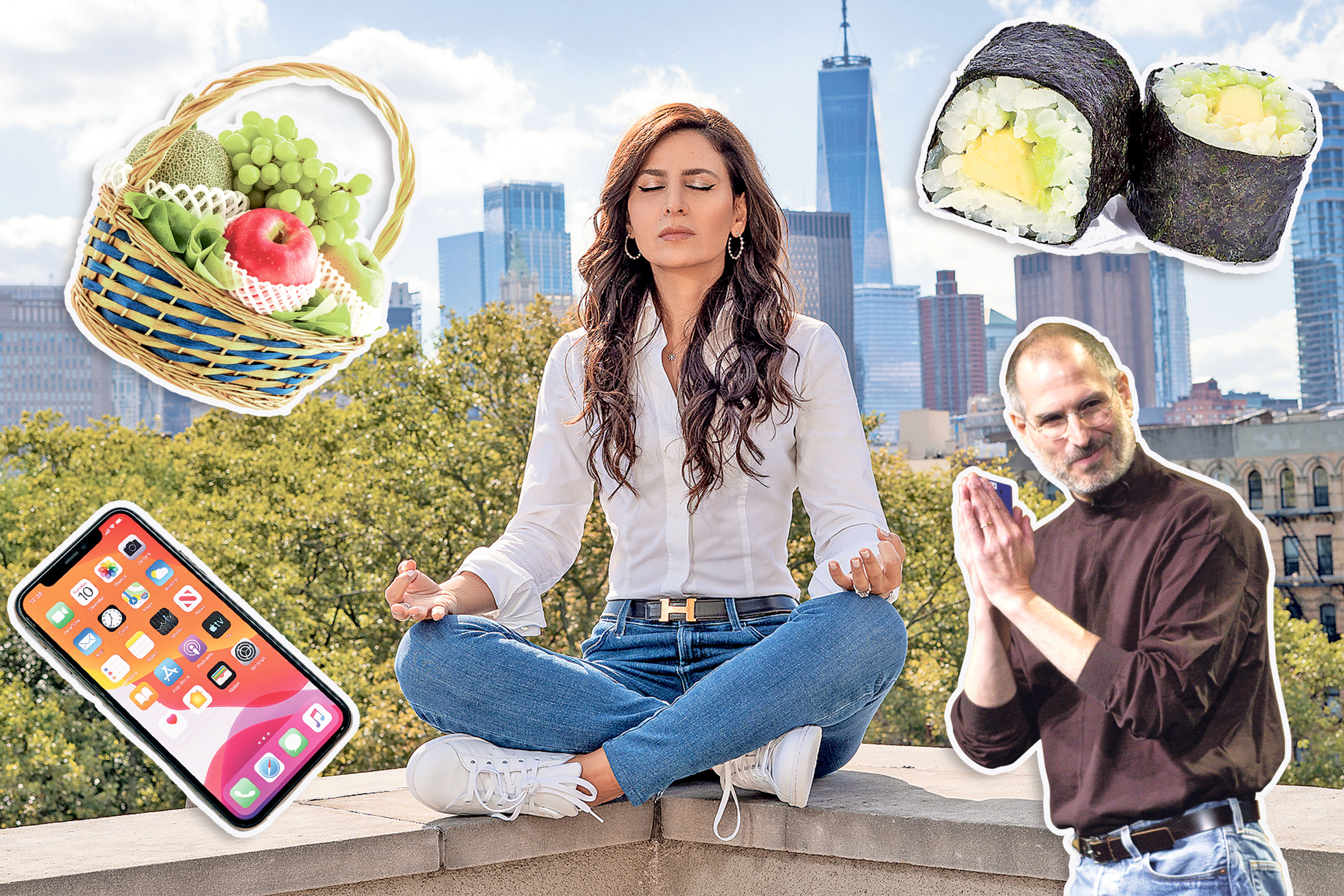 “Steve [Jobs] really took care of himself,” Naz Beheshti, the Apple co-founder’s former executive assistant, told The Post. She once surprised Jobs with an oatmeal raisin cookie — “a gourmet one from Whole Foods” — with his lunch as a nice gesture. “I found it later in his garbage,” she said. “My healthy was Steve’s garbage.”

Instead of desserts, the notoriously demanding Jobs required a steady stream of fruits and vegetables — so much so that they even inspired his tech company’s uncommon name. “He loved avocados and apples,” as well as unfussy sushi rolls, to power him through 10-hour days at Apple’s Cupertino, California, headquarters, according to his former body woman. “I got him avocado rolls almost every day. He kept it vegetarian and super light.” And yes, he skipped the soy sauce, ginger and wasabi.

It’s been nearly a decade since Steve Jobs’ death at age 56 from a rare form of pancreatic cancer, but according to 43-year-old Beheshti, author of the new book, “Pause. Breathe. Choose: Become the CEO of Your Well-Being” (New World Library), tech CEOs and start-up bros are still eager to emulate his unconventional habits.

“He is their guru,” said Beheshti, who assisted Jobs for about a year in 2000 after graduating from college, and who now owns her own consulting firm where she coaches clients on integrating wellness practices — think mindfulness and yoga-inspired breathing — into their businesses from her Lower East Side apartment.

The Pixar mastermind and CEO was known to explore alt-lifestyles — Jobs traveled to India to learn from Buddhist monks — and would allegedly fast for days on end, long before forest bathing and biohacking were in vogue. “Steve knew he needed to take care of himself to sustain the energy and focus he needed for Apple to reach the heights that it did,” Beheshti said.

So what can innovators aspiring to Apple-level success, or 9-to-5ers confined to their living rooms, learn from the high priest of personal computing?

According to Forbes, Jobs believed his vegetarian ways would eliminate the need for showers, earning him the night shift in his Atari days, so co-workers were spared the stink.

Thankfully, his other health hacks were less peculiar, including hiring a private trainer to work him out three days a week.

Naz Beheshti assisted Steve Jobs for about a year in 2000 after graduating from college now owns her own consulting firm.Dasha Brook

“He had a personal gym in Palo Alto, and would sometimes go on runs,” said Beheshti.

And when he wasn’t with a trainer, Jobs stretched his legs during the workday.

Jobs, who was developing the iPod in the year that Beheshti worked under him, would eschew his office or conference rooms for one-on-one meetings on-the-go. “He preferred to walk and talk, or meet in nature and have a picnic,” said Beheshti, who would schedule meetings for Jobs at “The Dish,” a nature trail surrounding a massive radio antennae on Stanford University’s campus.

Beheshti writes that walking “is playful by nature [and will] get the creative juices flowing,” and points to research that walking meetings increase “creative thinking and productivity.”

Naz Beheshti said she would schedule meetings for Steve Jobs at “The Dish,” a nature trail surrounding a massive radio antennae on Stanford University’s campus. AP

A minutes-keeping hack made possible by her old boss: Use the voice memo feature on your phone to record your meeting, so you don’t lose track of decisions and ideas. Walking barefoot — as was preferred by the tech titan, according to Walter Isaacson’s biography of him — is optional.

According to Beheshti, meditation was another key to Jobs’ success. “He meditated every morning for 15 minutes,” she said, calling the daily practice “huge for him.” Another far-out practice of the tech leader: psychedelics. According to a memoir by his ex Chrisann Brennan, “Steve had tried to get me to primal scream ‘Mommy, Daddy, Mommy, Daddy’ when we had taken LSD.”

Still, his daughter, Lisa Brennan-Jobs, described her dad as hypercritical while he built the company that would take up the lion’s share of his attention.

But Jobs himself even made sure to turn off his own devices.

According to Naz Beheshti, Steve Jobs only ever ate avocado rolls for lunch and preferred “walking meetings.”Getty Images

“Me, or a lot of other people, would be trying to reach him at all times,” said Beheshti, who knew if Jobs’ phone was off, he was playing with his “toys” or prototypes for upcoming products with Apple’s then head of design Jony Ive.

“By turning off his phone, he gets fully in the present moment, focused and engaged while enjoying his playtime.”

If you want to go full-on Jobs, consider his uniform of Levi’s jeans, a black Issey Miyake mock turtleneck — fabric from his personal shirts were embedded in iPhones and sold at a cool $6,000 in 2019 — and New Balance sneakers. “The outfit was about time efficiency,” said Beheshti, noting he didn’t have to think about it.

“Now the hoodie is the big thing in tech, since Zuckerberg,” said Beheshti. “He wasn’t a hoodie person, but I think Steve was onto something with not wasting time, and sticking to a signature look.”