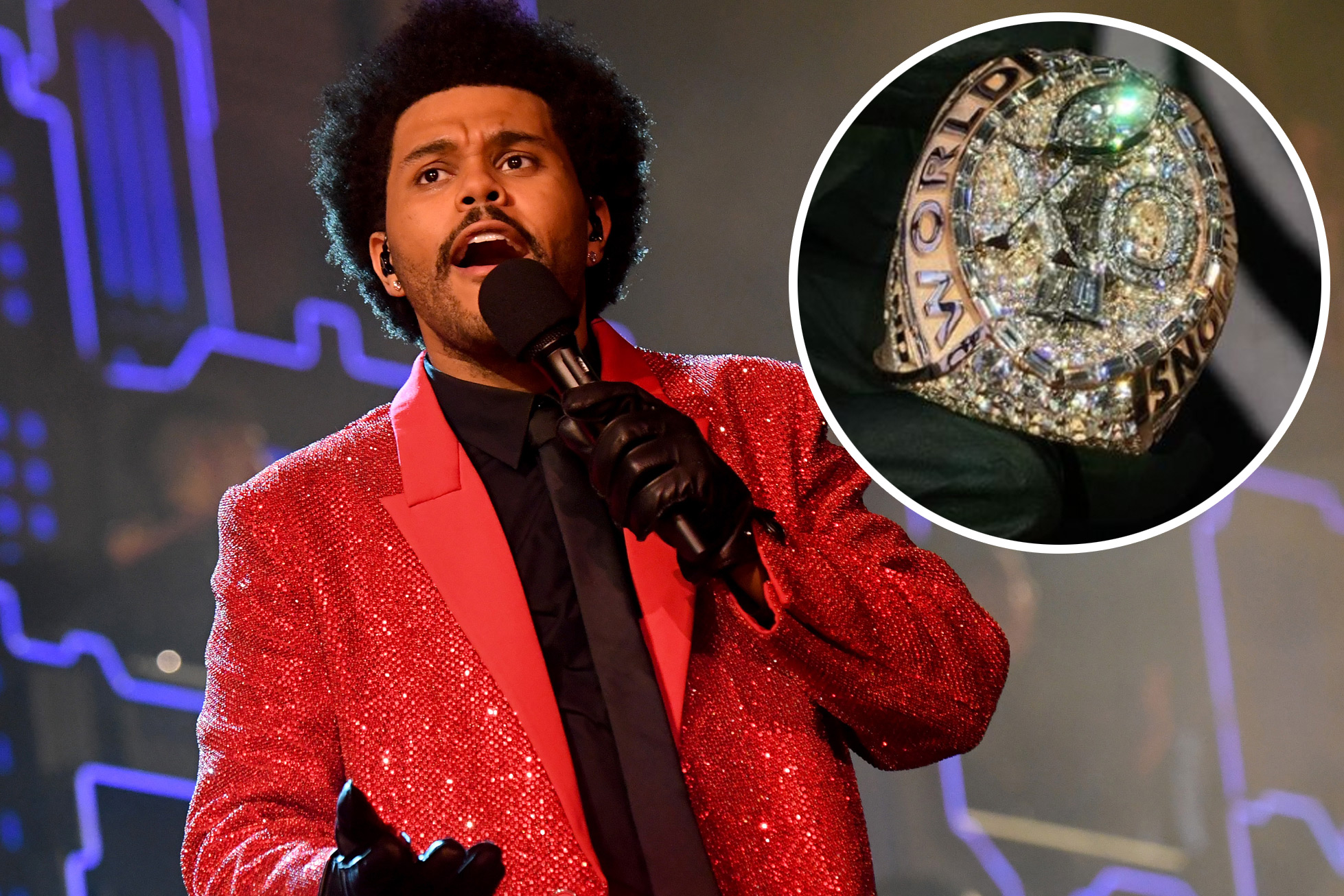 He really earned it.

The Weeknd may not have played in the 2021 Super Bowl, but he still got his ring, commissioning a custom diamond-studded bauble to commemorate his halftime performance.

Designed by celebrity jeweler Elliot Eliantte — who was most recently responsible for Lil Uzi Vert’s $24 million forehead gem — the 31-year-old musician’s ring features a huge marquise-cut diamond to represent the Lombardi Trophy, along with the artist’s “XO” logo.

On one side, the ring has the final score of the big game — Tampa Buccaneers 31, Kansas City Chiefs 9 — as well as another football-shaped stone and the Super Bowl LV logo.

The Weeknd’s name and the Pepsi Halftime Show logo adorn the other side, and tons of other diamonds in various cuts surround the giant piece.

Though the Buccaneers won the Super Bowl earlier this month, the team has yet to create their own custom rings, which are given to the winning team’s staff and players.

While the team typically contributes up to $7,000 per ring, The Weeknd surely dropped even more than that for his very own sparkling memento.

‘RHOD’ star Tiffany Moon gives us a tour of her closet