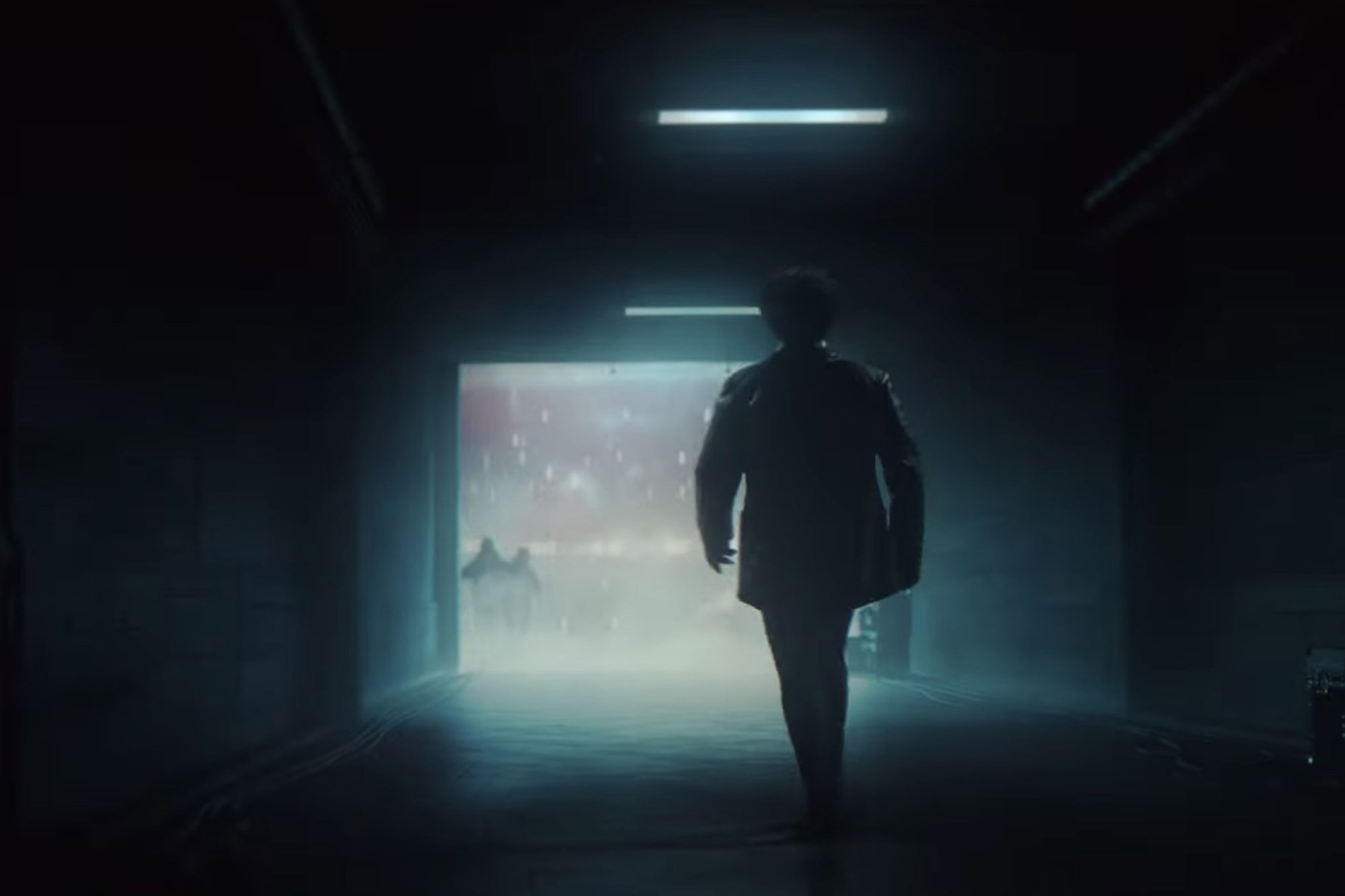 The Weeknd has officially entered the stadium.

The Weeknd, real name Abel Tesfaye, appears notably more subdued — and fully in-tact — after a string of face-altering appearances leading up to his big gig. The 30-year-old spent the past year or so in various degrees of deformity, from beat up and bandaged to fully plastered over with a CGI face-lift. It’s left many fans wondering what he’s got up his sleeve for this year’s performance.

But in the Pepsi commercial, which will air officially on CBS right before Super Bowl 2021 kickoff Sunday at 6:30 p.m. EST, The Weeknd takes an introspective walk through the tunnel of a football stadium.

As he walks through a montage of past music videos playing on the wall, a reflective voiceover narrates the journey leading up to the Super Bowl field, where a cheering stadium awaits him — though, in reality, the stadium in Tampa, Florida, is expected to only be filled to about a third of its usual capacity due to social-distancing precautions.

The Weeknd takes an introspective stroll down memory lane on his metaphorical and literal journey to the Super Bowl 2021 halftime performance. A montage of his past music videos plays as he approaches a cheering stadium.Pepsi

The voice is that of his lifelong friend and creative director La Mar Taylor, according to a Pepsi statement.

“What we create changes us. Every performance, a new chapter; every stage, a new beginning,” Taylor reads.

The Weeknd enters the football stadium ahead of Super Bowl 2021 in a commercial released Tuesday hyping his halftime performance.Pepsi

Pepsi, like many other Super Bowl advertisers, decided not to run any other commercials during this year’s game. Instead, the soda behemoth threw all their cash into this year’s 13-minute halftime show. The Weeknd also tossed millions of his own fortune into the performance.

“Abel spent almost $7 million of his own money beyond the already generous budgets to make this halftime show be what he envisioned,” his publicist told The Post.

No pressure or anything.

The Weeknd, pictured in his second Pepsi commercial ahead of Super Bowl 2021, has thrown about $7 million of his own money into making the halftime performance extra special.Pepsi

His commercial is among the early appearances leading up to the big game. On Monday, Frito-Lay released a light-hearted commercial with real-life husband and wife duo Ashton Kutcher and Mila Kunis. But this year’s advertisers may not go as hard as usual — many are grappling with the right tone to take amid the tragedy of the coronavirus pandemic.