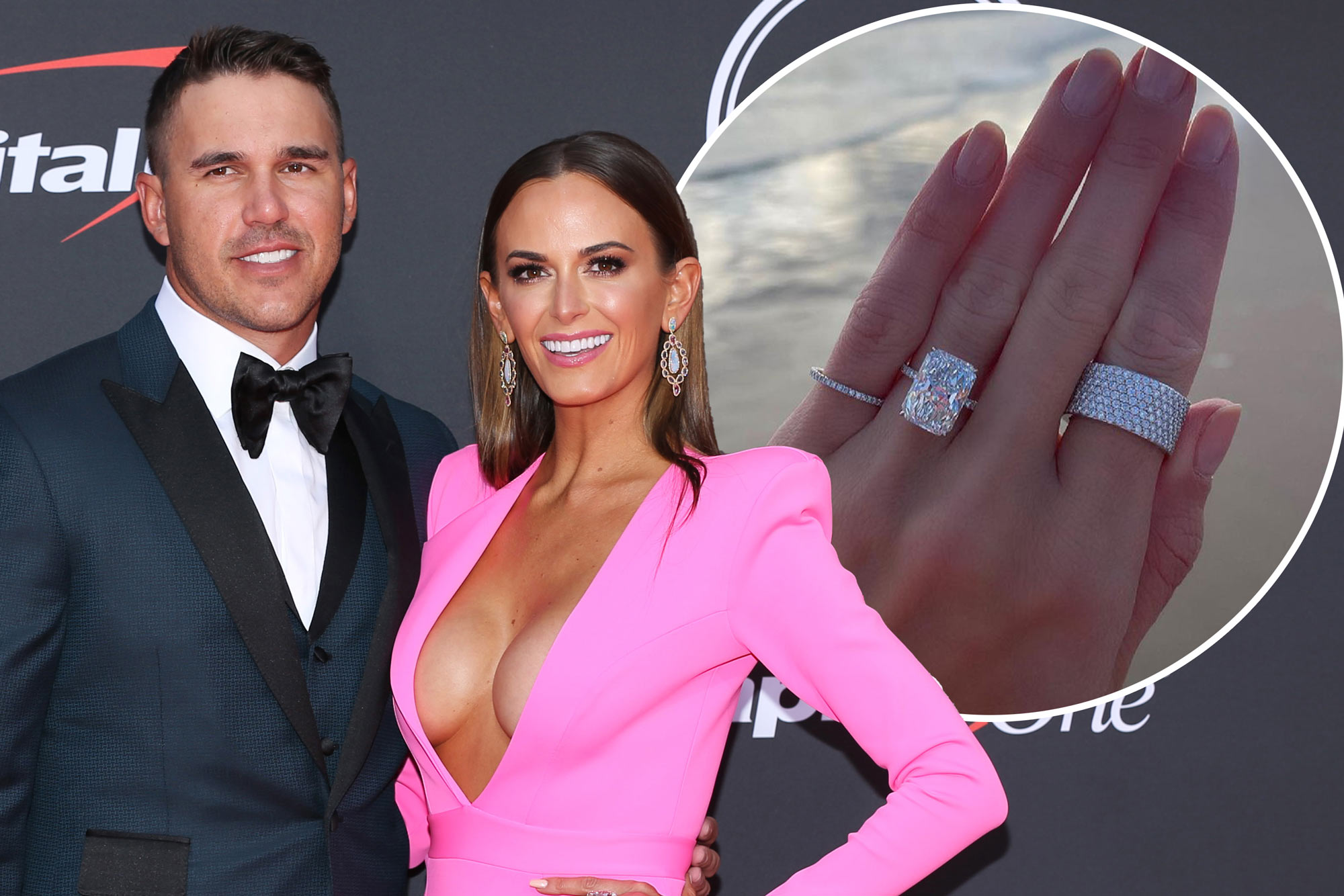 Brooks Koepka went above and beyond to create the perfect engagement ring for Jena Sims.

The pro golfer, 30, proposed to his longtime girlfriend on March 3 with a massive engagement ring he helped design with Insta-famous jeweler Stephanie Gottlieb.

The two had been searching for the perfect diamond since last fall, when Koepka first reached out to Gottlieb.

“Jena and I have become friends through Instagram, so of course I knew exactly what she wanted,” the jeweler told Page Six Style. “We were looking for a very elongated radiant [cut], which takes some time to find.”

Continued Gottlieb, “By December, we had found the perfect options, so Brooks flew up to New York to choose a stone.”

They settled on a custom platinum pavé band for Sims’ sparkler.

While the designer did not reveal just how big the stunning rock is, she told an inquiring Instagram follower that her guess of 10.5 carats is “not even close” to the real weight.

Sims was surprised by the beach proposal, but quickly changed into a white dress with the word “yes” beaded on the side. To top it off, she had a custom manicure done with the words “f—k yes” painted on her middle finger.

“Brooks was a doll and Jena is beyond the sweetest, so I was so thrilled to have played a role in their special moment,” Gottlieb said. “He just wanted her to be happy.”

Jena Sims shows off her on-theme manicure after getting engaged to Brooks Koepka.Instagram