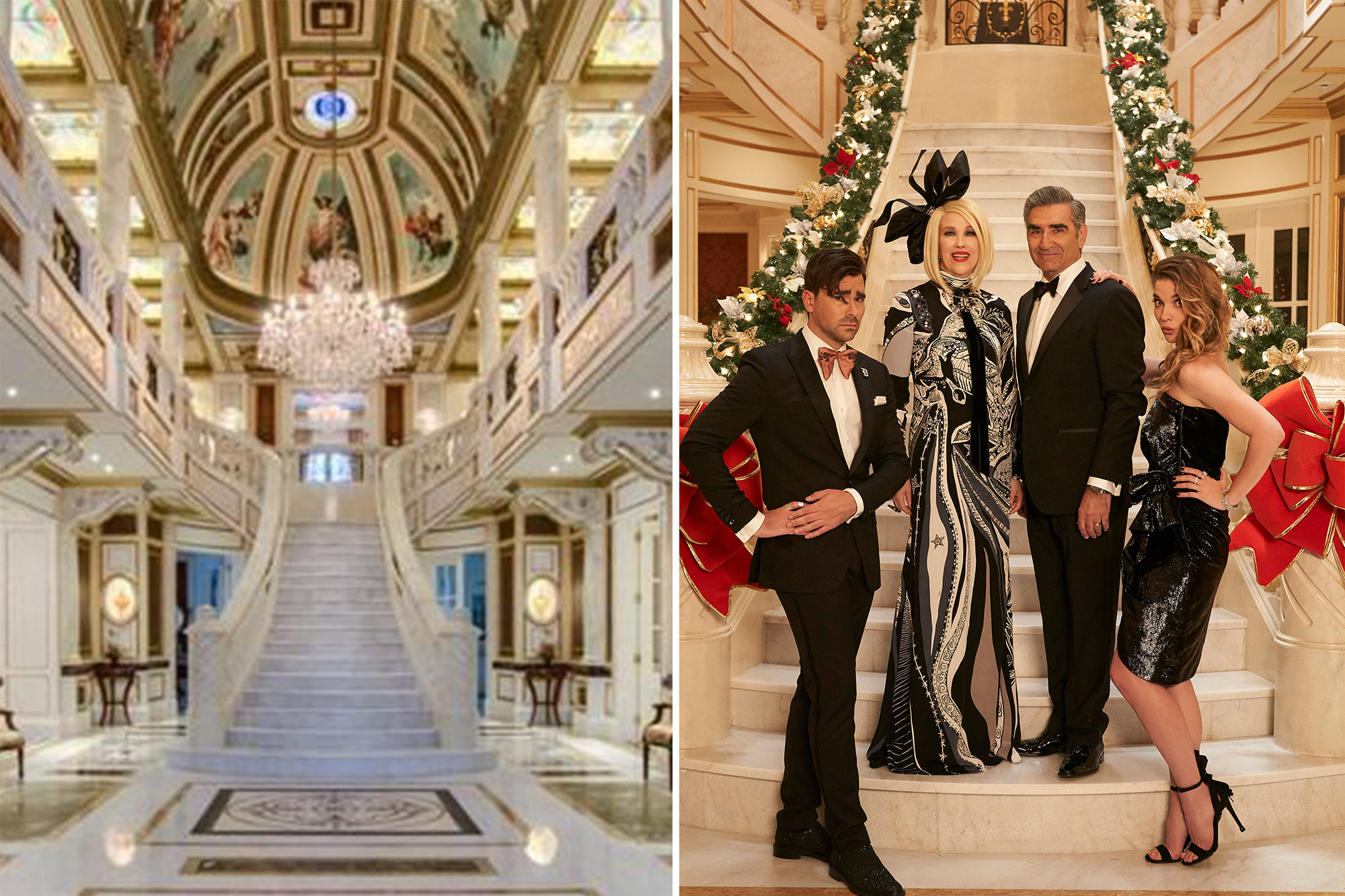 Those were the words of the one and only Moira Rose — played with over-the-top style by Catherine O’Hara — after she and her disgraced and displaced family wound up in a dingy motel in the Pop TV sitcom “Schitt’s Creek.”

But before the Roses gave up their life of luxury, they lived in a glorious Ontario megamansion.

Now the actual mansion used in the series is up for sale for a whopping $15 million — and it’s magnificent.

Known as the La Belle Maison, the home holds 12 bedrooms and 16 bathrooms, spanning a massive 24,000 square feet. It hit the market on Jan. 27, although it’s been on and off the market for the past few years.

The “Schitt’s Creek” mansion is now up for sale for a whopping $15 million. realtor.com

There are a number of rooms suited for grand-scale entertaining, including a large, formal dining room, a double reception room and a big gourmet kitchen opening to a private patio. The lower level adds a modern flair suited for banquet gatherings or private weddings.

Other amenities in the opulent estate include a home theater with seating for eight people, a wine cellar, a billiard room, a fitness gym and both indoor and outdoor swimming pools.

It is made up of 12 bedrooms and 16 bathrooms. realtor.com

And if that weren’t enough, it also boasts a sauna, a game room with a golf simulation system, and a 24-hour alarm system.

“Schitt’s Creek” aired from January 2015 to April 2020 and received critical acclaim for its writing, humor and acting. The series’ final season swept all seven major comedy awards of the 72nd Primetime Emmy Awards. The series set a new record for most Emmy wins by a comedy series in a single season, beating a record set by Amazon’s “The Marvelous Mrs. Maisel” in 2018.