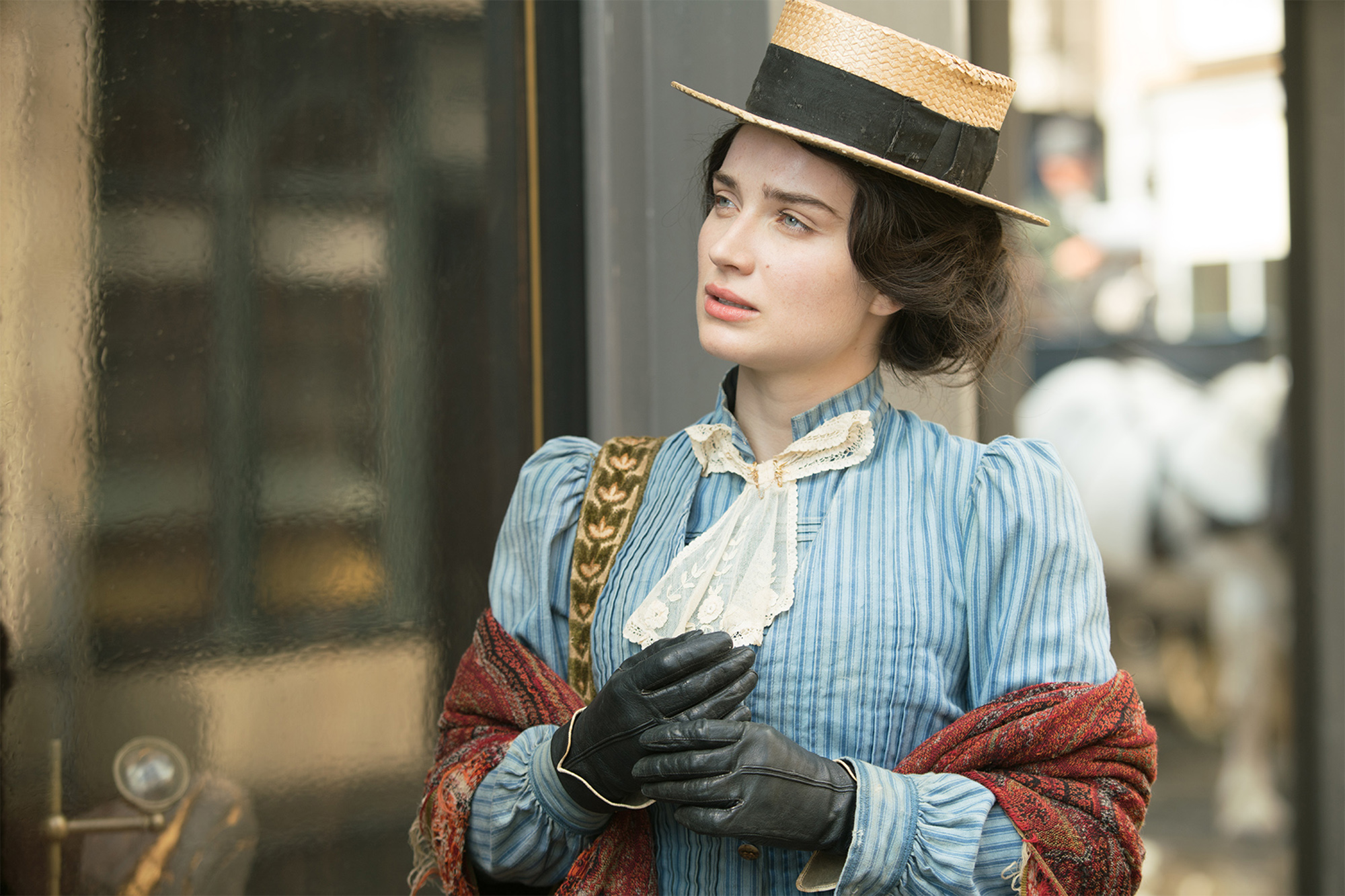 The New Zealand of the 1860s comes to life — along with a  dash of murder — in new series “The Luminaries.”

“I had never heard of the book,” said the show’s star Eve Hewson (“The Knick”). “But when I was auditioning, I was telling friends what I was going in for and a lot of them had read it and loved it. So then when I got the job, I started reading it.”

The plot follows Anna Wetherell (Hewson), a young adventurer from the UK who’s traveling to find a new life in New Zealand.

After befriending fellow traveler Emery Staines (Himesh Patel “Avenue 5”) on the boat over from Britain, and American fortune teller Lydia Wells (Eve Green, “Penny Dreadful”) once she arrives, Anna soon finds herself implicated in a murder.

Eve Hewson plays Anna Wetherell, a young adventurer from the UK who’s traveling to find a new life in New Zealand, in “The Luminaries.”Starz

“The character [of Anna] was so fleshed out, it was one of those dream acting jobs, [where] there was so much range and  a lot of challenges. You can’t ask for anything better, really,” said Hewson, 29. “I like her resilience –when it looks like she’s not going to fight back, she does.”

The series departs from the doorstopper-of-a-book in putting Anna at the forefront of the action. Hewson, who’s Irish but is based in Brooklyn, says that was part of the show’s appeal.

“I liked the idea of putting a female character at the center of the story — because in the book, Anna really comes in three-quarters of the way through, and it’s really about the men trying to navigate the story,” she said. “So I thought that was interesting. [The role] was physically demanding… being thrown around and drowned and on the back of horses and sleeping in bushes and being chained to the jail cell in the middle of the summer in New Zealand in a black dress.”

“The Luminaries,” which also stars Himesh Patel, premieres Feb. 14 on Starz at 9:30 p.m.Starz

As the plot progresses, Anna must figure out her muddled-memory of the night that the murder happened, while a love story develops between Anna and Emery. Meanwhile, Lydia Wells becomes increasingly manipulative.

“[Eve Green] is a legend,” says Hewson. “She’s such a fantastic committed actor but also a really lovely woman. She’s thoughtful and looked out for me. Just really gentle and kind. I adore her.”

Unlike many shows that use a convenient location such as Vancouver for a catch-all setting, “The Luminaries” production really did travel to New Zealand.

“It was beautiful,” says Hewson. “When we went out onto the beach or flew down to the south island, that was magical. It was very peaceful — being able to go be so far away from the rest of the world and concentrate on this one story and character. I really cherish that time in my life.”

Hewson is pulling double-duty on two shows at once — she’s also starring in Netflix show “Behind Her Eyes,” premiering Feb 17. She plays the mysterious Adele, who falls into an unlikely friendship with Louise (Simona Brown), a woman who’s having an affair with Adele’s husband (Tom Bateman).

“It was a genre that I’d never done before — a psychological thriller. And I’d always wanted to do that,” she said. “It’s a role that I don’t think people would have expected me to play, so that was exciting to me.

“I’ve done a lot of historical stuff and it’s been good because you learn so much, but I would like to do different things. Maybe it would be fun to do something in the future just to switch it up, because I’ve done so much in the past. Maybe a movie on Mars.”