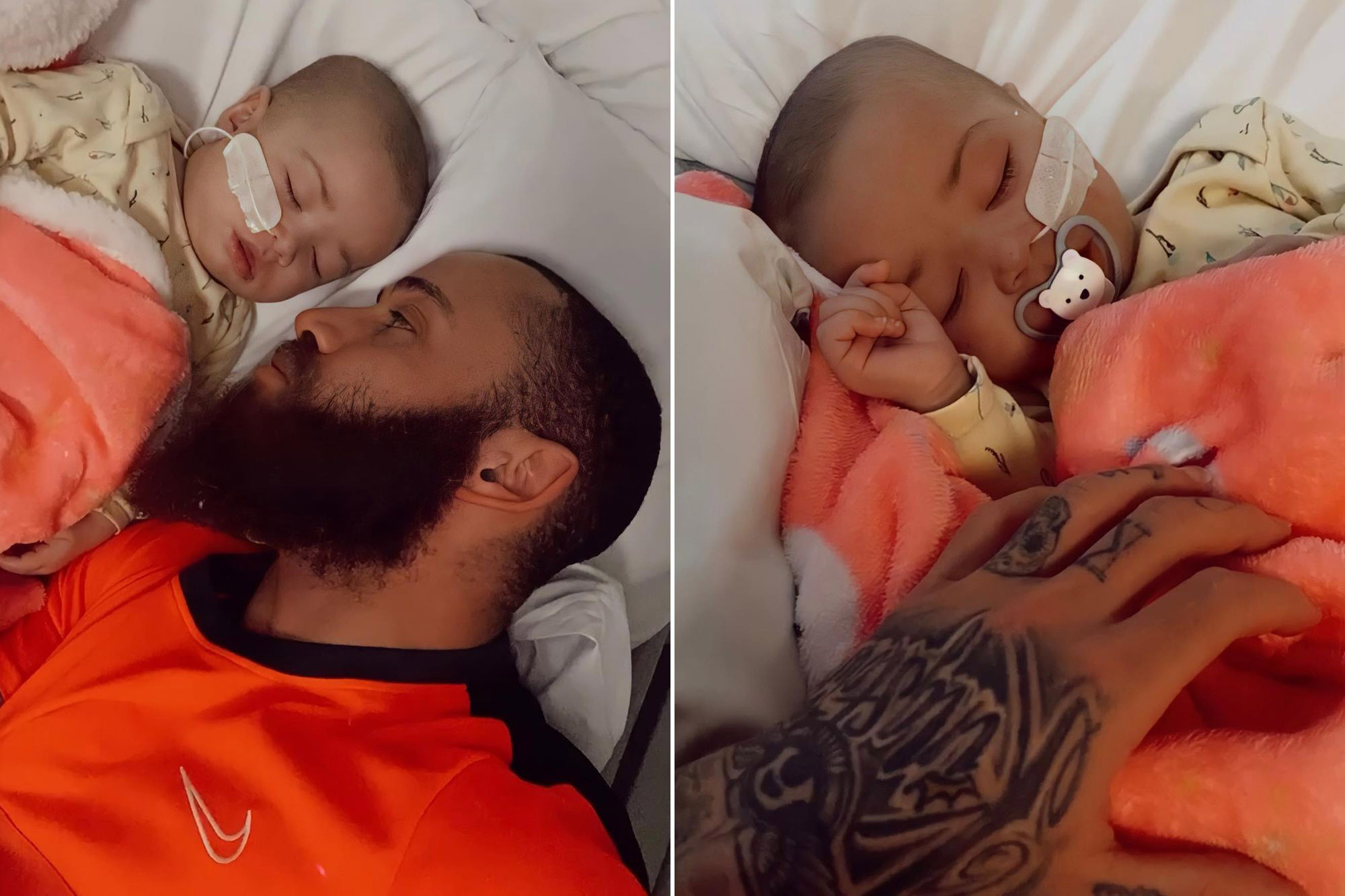 Ashley Cain and partner Safiyya Vorajee revealed their their 8-month-old daughter has “days to live” amid her battle with leukemia.

Cain, a former UK footballer who has appeared on MTV’s “The Challenge,” shared a series of heartbreaking Instagram updates about his daughter Azaylia’s condition, following her initial diagnosis of a “rare and aggressive” form of leukemia in October.

“Azaylia’s last bath in hospital, before we take her home where she belongs,” the 30-year-old father began Friday.

“9 days ago consultants told us my daughter had 1-2 days to live, but thought she may pass that evening. Even with a barbaric disease consuming her blood, tumors in her brain and organs and amounts of pain I cannot imagine… She is still battling through 9 days later, with parts of the day with nothing but smiles despite her discomfort,” he continued.

Vorajee, who gave birth to Azaylia in August, also addressed her baby girl’s health crisis, weeks after revealing her daughter’s leukemia had returned.

“After Azaylia’s CT and ultrasound scan we have been informed by consultants that they have found tumors in Azaylia’s brain, but also in her kidneys, liver, lungs, and spleen,” Vorajee began Thursday.

“Consultants said there is no way to tackle the tumors on her brain because of the high pressure in her head. Her chemotherapy is also not reducing the disease in her blood anymore because it is that aggressive,” she continued.

Vorajee also noted Thursday that medical personnel in Singapore “has not been able to create a CART treatment [CAR T-cell treatment] to cure Azaylia because of the rarity and aggressiveness of her leukemia,” which was “our last, our only and our final option to save Azaylia.”

Vorajee and Cain had previously set up a Go Fund Me page on Azaylia’s behalf to help fund at the costs. To date, over $2.1 million had been raised.

On Thursday, an emotional Cain detailed the devastating news in a 10-minute video and their plans to make Azaylia comfortable at home.

“She’s one in a trillion, but unfortunately, so is her disease,” Cain said.

Cain spoke of his daughter’s struggle, “She’s had a tough, tough, life from 8 weeks old, she’s been in hospital having chemotherapy, operations, transplants.”

On Friday, Vorajee shared a clip of the family as they rode home from the hospital in an ambulance together. In a separate Instagram story, Vorajee called daughter Azaylia, “my hero.”

Safaree Tells His Fans He Wants An Acting Agent