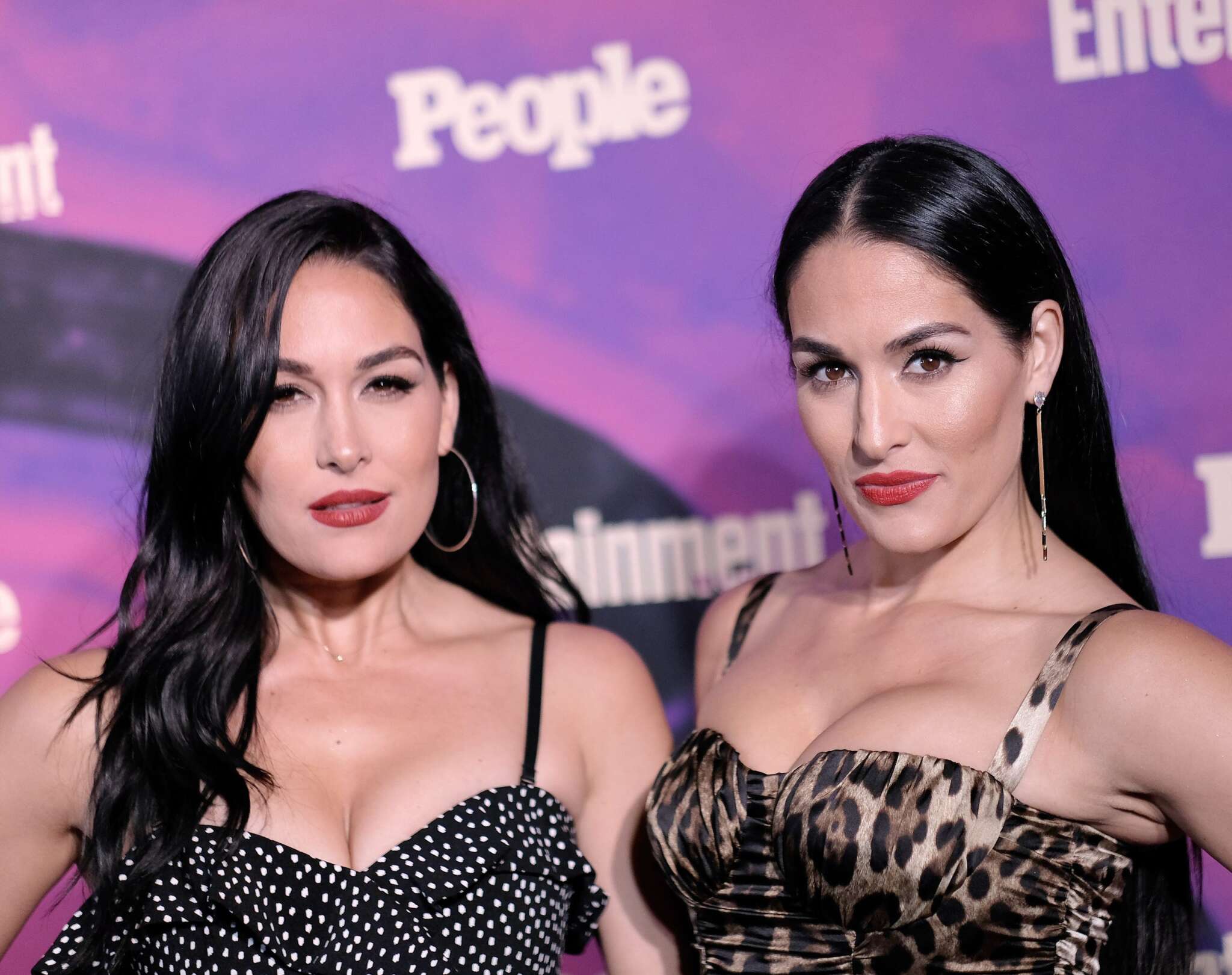 Before they were reality stars, the Bella twins were some of the most popular wrestlers in the WWE. Although they both have technically ‘retired,’ the sisters revealed that they want to make their way back into wrestling.
The two were asked by Mario Lopez on the Ellen Degeneres Show if they would return to RAW or Smackdown to which they answered ‘definitely.’
RELATED: Artem Chigvintsev Will Miss Nikki Bella And Son Matteo But Knows He Is Doing Dancing With The Stars For All The Right Reasons
‘I’ll never forget when we came back after our match, and her three little girls were in what we call gorilla — which is the place before we go out into the ring. When we came back to gorilla, to see their faces when she came through the curtain, they were like, ‘Mom.’ The goosebumps, the tears. They just looked at their mom like she was a superhero. And I really want to be able to wrestle in front of Matteo, Buddy and Birdie and come back and them look at me the same way that Stephanie’s daughters looked at her.’
Nikki added: ‘I mean, nothing would be better than being in the ring and just looking over at the front row and just seeing your kids in awe of you. Especially as women, like, how empowering that would be. It’d be incredible.’
Brie decided to end her run alongside her husband who is still on the main roster because she wanted to spend more time with her daughter, Birdie, who was barely walking at that time.
RELATED: Nikki Bella’s Ex John Cena Breaks Silence After Shocking Split As ‘Total Divas’ Stunner Hopes To Find Love Again
Meanwhile, Nikki was forced out of the ring when she injured her neck. It not only required surgery to fix but was never the same. She tried to return to WWE but was advised by her doctors that even sitting ringside was too big of a risk for her.
Although the two want to be moms who never miss out on a moment of the growth of their children, they also want to show them that their moms are like superheroes.
Hopefully, the twins are able to figure out a way that they can return to the sport that they love safely without missing pivotal moments with their kids.
Advertisement